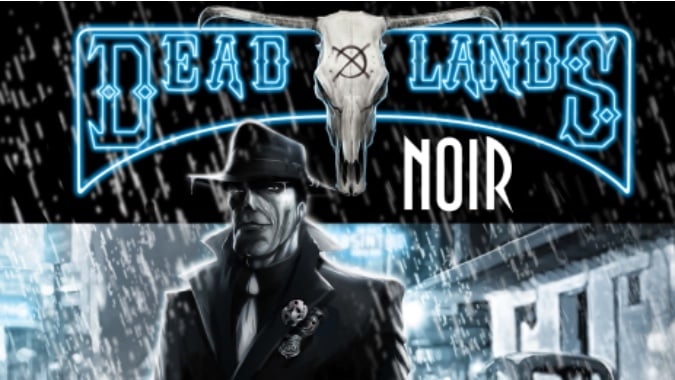 I know, I know: we left last month’s D&D game on a pretty big cliffhanger, and I promise we’ll get back to that. But this month, due to unavoidable scheduling conflicts, this month we’re playing a new game with a new adventuring party, and I think it’s going to be pretty great.

We’re diving into the world of Deadlands Noir, where we’ll go on a supernatural adventure in 1930s New Orleans. Joe Perez will be running this week’s game, and I think that guarantees that we’re in for a particularly spooky story. Our cast is packed with with all the classic Noir tropes, and they should be fun to play with:

Deadlands Noir is a game that runs on the Savage Worlds system, which is pretty different from the D&D games we usually play. It mixes the usual dice-based TTRPG gameplay with a poker-style card system that determines initiative. Most of us aren’t familiar with this system, so you’ll learn along with us.

Sound interesting? Join us on Twitch this Saturday, July 11 at 2pm central to catch the game live. I hope to see you there!

Blizzard Watch is made possible by people like you.
Please consider supporting our Patreon!
Filed Under: Blizzard Watch Plays, Deadlands Noir, TTRPG
Advertisement