Quest might just be the best starter RPG ever designed 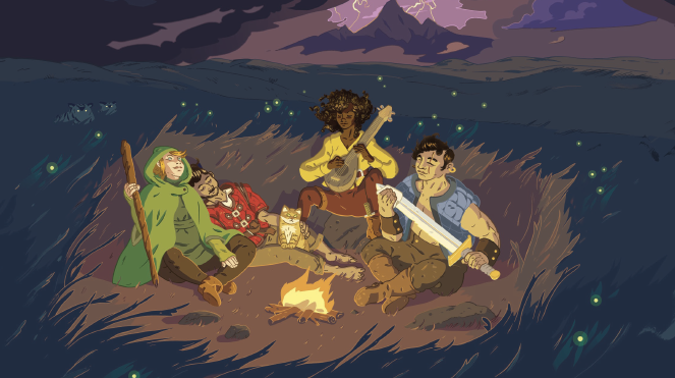 It’s no secret that I’m old and jaded — I’ve been old and jaded for a long time now — so when I say that I’m impressed by Quest, it’s not just because I love internal rhymes. I get recommended a lot of indie RPGs. It’s just one of the things that happens when you’ve been drifting within a hobby community for a long time. People are always saying Hey, Matt, have you tried Blades in the Dark or You should give Masks a try and by and large I usually enjoy these recommendations. But Quest did something that very few games manages — it got me really thinking about what’s essential in an RPG and what’s not.

It would be a true statement to say that Quest strips a lot of the cruft out of RPG design. Character creation, basic mechanics, combat resolution — it’s all a lot less crunchy than games like D&D or Pathfinder 2. And I love crunch in my games, I really do. I think P2 might be the ne plus ultra of crunchy bits in RPG’s, and I have nothing but fondness for it. But it can be a bit daunting to tell people who’ve never played an RPG before to grapple with that level of bits. Quest is a lot gentler in its approach. It takes you by the hand and takes you through the process of learning all the things long time gamers may take for granted and it does so in a bottom up way — from the design of the game itself onward, Quest is a welcoming experience. 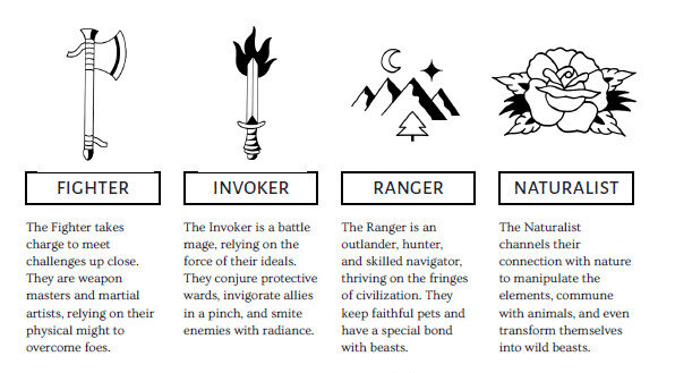 They tout this open, welcoming approach on their about page, and it’s not hype — looking over this game, I’m repeatedly struck by how well it deconstructs the way most games go about teaching you to play them by simply never constructing itself in those ways. This is a game that doesn’t assume you know anything, but also doesn’t assume this is your fault — Quest assumes everyone coming to it is equal.

The basic mechanic of Quest is a d20 roll. If you’ve played other RPGs, you won’t be amazed by how this works — a 20 is a success and a 1 is a failure. Quest differs in that you don’t add modifiers to your rolls, and it has a graded series of success or failure results. A 20 is a Triumph, similar to a Critical Success in other games, where you don’t just pull off what you were trying to do but you do so in an amazing way. From an 11 to a 19 is a Success, which works like you’d expect.

Where the game gets interesting is in what happens if you roll between a 6 and a 10, because those are called Tough Choices, and what happens will remind players who’ve played a Powered by the Apocalypse game of how that game resolves things — if you’re in combat and you roll a 9 in Quest, the game guide will let you succeed… but at a cost. There’s a complication, or a penalty because you weren’t as successful as you could have hoped. From 2 to 5 is a straight up failure, and there will also be a setback because you straight up failed. Finally, that dreaded 1 is the Catastrophe — you didn’t just not hit, you utterly botched your attack, stacked it hard on your jump from the castle, or otherwise didn’t accomplish anything you set out to do.

The system does away with things like D&D’s proficiency bonuses, so you never get better or worse at these rolls — it’s all down to the dice. But the game’s role system means that you do actually have special abilities you can use and options you can select as the game progresses, so leveling still feels important and fun. For a player who has in the past complained pretty bitterly at the loss of iterative attacks and different base attack bonuses in versions of D&D, to see it utterly abandoned and to see the game work extremely well because of it is a game changer for me, literally.  The book does a great job of breaking down things like how to move, attack, and do other things, and I think one of the really amazing things about Quest is how well it breaks that down.  You tell the Guide what you want to do, and the dice helps you figure out how well you did it. 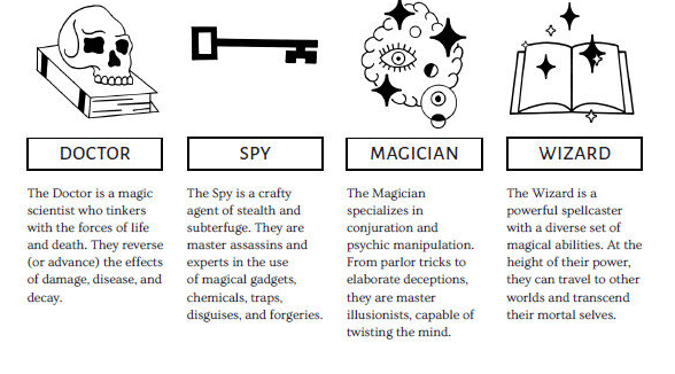 Your Role in the world

Roles work like classes in other games. There are eight of them, handling pretty much all the standard fantasy RPG tropes. You could pretty much make any kind of character you would in any other fantasy RPG using this system, and while they wouldn’t be identical, the depth of the Role system means they’ll have unique abilities from other people playing at the table and that’s all an RPG really needs. There’s actually a surprising amount of depth and flexibility in this game considering how new player friendly it is — and it’s not even very complex to run, so if you’re just as inexperienced at RPGs as the rest of your group you can still become the Guide and help run the game.

In fact, the role of Guide is another revelation to me — while Quest is not unique in how it makes the role a collaborative storyteller, it does it with panache. I can imagine buying this game for a group that’s never so much as thought about playing an RPG, and not saying or doing anything to advise them, and by the end of a few hours the flexible and mad-libs style character and story creation worksheets will have walked them through all they needed to start playing the game.

Quest is an achievement, and it also manages to look like a lot of fun to play. The 12 item inventory system (don’t worry, you can keep other stuff somewhere else you and your Guide can work out) means you’re not bogged down with items, the combat system is elegantly sparse, it’s just a chef’s kiss of a game. I haven’t even raved about the clean, simple layout or the beautiful art and design of the books. Definitely consider giving Quest a look.

Blizzard Watch is made possible by people like you.
Please consider supporting our Patreon!
Filed Under: Quest, Quest RPG, RPG For Beginners, Starter RPG
Advertisement