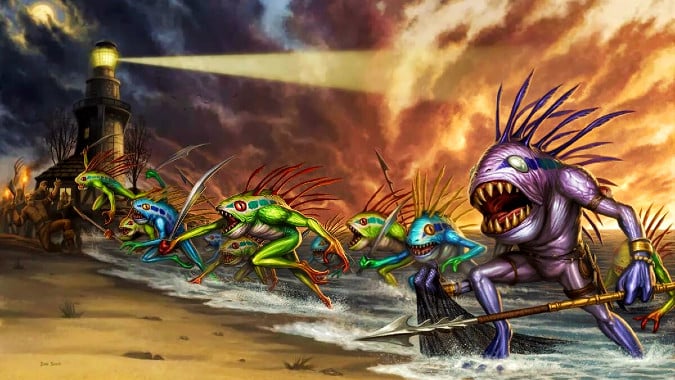 How will Hearthstone Battlegrounds look after the patch 18.0.2, which is now live? Very different, that’s for sure. Murlocs have been dominating the game mode for months now, and games may be decided by the player who can get their perfect Murloc composition before everyone else does.

What’s worse: certain comps, like Juggle Demons or Mechs, are only viable as far as taking you to top 4, but can’t consistently defeat Murlocs, and haven’t been considered game-winning builds for a while now. Beasts are barely even considered since the nerf to Goldrinn, and Big Demons can only shine if no Murlocs are present.

Well, that’s all about to change! 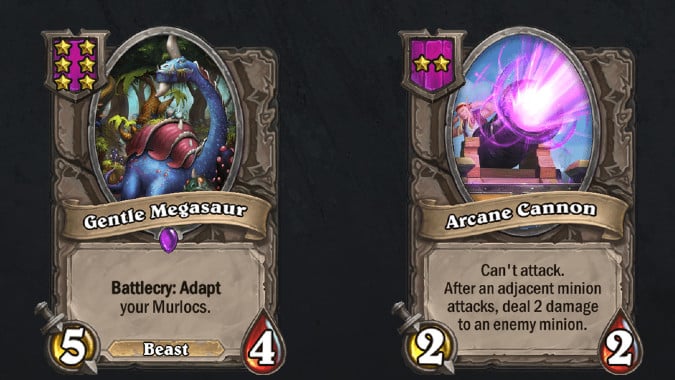 You’ve read that right. The single card that has been responsible for carrying Murlocs everywhere to victory, Gentle Megasaur, is being removed from Battlegrounds. And no substitutes have been announced. The only other change to Murlocs is that Primalfin Lookout has been buffed, by being moved to Tier 4, down from Tier 5 — but even then, there’s a change to it: it can no longer discover minions from a tier above what your own Tavern Tier is at the moment. (Which, if you ask me, paves the way for the eventual return of Holy Mackerel, but I’m only speculating here.)

Arcane Cannon has been an oppressive card in the middle of the game. It gave a very strong advantage to the player who was attacking first, which meant that it made players who were already strong even stronger — a situation that does not lend itself to healthy gameplay. Much like Murlocs, those who accessed it first gained an advantage over others that was very hard to ever overcome.

Besides those two cards, there is also a change to a powerful pirate: Nat Pagle, Extreme Angler has lost his old Overkill effect of summoning treasure chests. Instead, when it kills a minion, it adds a random minion to your hand — which, much like with the Primalfin change, must be from your Tavern Tier or below. I don’t quite understand why the Overkill keyword was removed from his card text, since the new effect is also essentially an Overkill. 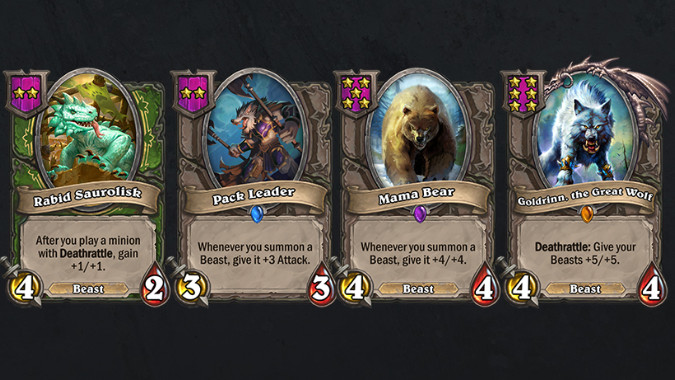 Welcome to the jungle! Beasts are getting several buffs

Beasts have been in a yo-yo movement as of late. With the addition of Monstrous Macaw, they suddenly became one of the most powerful comps in the game — so much that Goldrinn got nerfed. After that nerf, however, they’re arguably the weakest composition in the game. So much that Blizzard saw it fit to remedy the situation by targeting them with not one, not two, but six different changes.

Rabid Saurolisk gained one attack, going from a 3/2 to a 4/2. Monstrous Macaw gained both attack and health, changing from 3/2 to 4/3. Both minions should now be more useful for their stats, instead of simply their Deathrattle-boosting effects, making them more attractive to Beast compositions instead of just to Deathrattle builds. In other words: they are sturdier, and more fit to enjoy synergies with other Beasts, making them even better for players who are going with that type of warband than for everyone else.

Rat Pack and Pack Leader have swapped positions: the former went up to Tier 3, the latter moved down to Tier 2. This also ensures that Rat Pack will be more useful for players who are specifically going after Beast comps, instead of being a general strong minion that nearly every player wants to pick for Tier 2, and later discard. At the same time, Pack Leader has been a lackluster pick for a while. By moving it down a tier, there is always the chance that it can be paired with early Beats like Alleycat and Kindly Grandmother for some early-game synergetic power.

And now, the big ones: Mama Bear is being moved down to Tier 5! That also comes with stat changes: she’s now a 4/4 rather than a 5/5, and her effect only buffs other Beasts by +4/+4, instead of the previous +5/+5. But even with that nerf, seeing her on Tier 5 should greatly increase the uniformity of Beast warbands, since she will be seen far more often. And there’s also a buff to Goldrinn, whose Deathrattle now gives other Beasts +5/+5 instead of +4/+4, making it more fit of its new status as a Tier 6 minion. Whew!

With all of those changes, Beasts are certainly looking much more promising than before. And since players are already going to be de-incentivized from picking Murlocs, we should see Beast-based warbands far more often than before. Hopefully, they will become viable, but not oppressing like in the days of Macaw combined with pre-nerf Goldrinn. 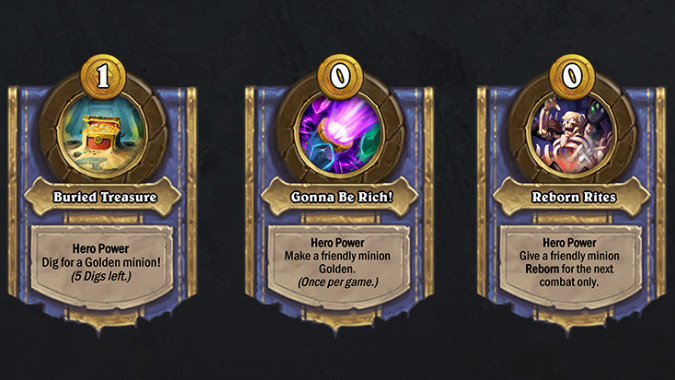 And there are some balance changes to Heroes as well

If that’s not enough, this balance patch also targets heroes. Lady Vashj has been a lackluster hero since her inception, so she’s getting to take a vacation from the game. Hopefully we’ll see her again in the future, redesigned into a better form.

On the opposite end of the spectrum is a hero had been overperforming for a while now. Ever since Captain Hooktusk got nerfed, Captain Eudora replaced her as the big honcho of this game mode. But our cute little vulpera pirate was a bit too good, so her Hero Power will now require you to dig five times instead of just four until you net yourself a free golden minion. Seems like a fair nerf at first glance; hopefully she’ll still be viable after it.

Three other heroes are getting buffs to increase their power from their current lackluster positions: Reno Jackson’s hero power to make any minion golden once per game now costs zero mana instead of two, so you no longer lose out on valuable tempo on the turn that you decide to do it. Reno has always been a very fun hero, with a high pick rate despite his weak Hero Power, because that Power is one that entices players. It’s active and impactful, so it makes you conjecture about when and how to best use it. So I’m hopeful that this will be the push that he needed into viability.

The Lich King is another fun hero who gets played a lot — despite not winning that many games — simply because his Hero Power is another one that is fun to use. Well, now it’s going to be fun and free, for Reborn Rites will cost zero instead of one. So you’ll get to give the Reborn keyword to any minion of your choice once per turn, without paying for it. That could definitely turn the tables in the Lich King’s favor, so we’d better be prepared.

Finally, Galakrond — arguably the worst hero in the game, for a long time now — now gets to freeze the minion that he rerolls with his hero power. So even though he’s still a worse version of Infinite Toki, this small change at least this gives him a fighting chance — or so we hope, at least.

And that’s all, folks! A patch shock-full of changes, that should certainly shake-up this game mode a lot. Here’s hoping that Murlocs are no longer omnipresent in the endgame, but remain viable for certain times. And also that Beasts can fight toe to toe with the other compositions from now on. Exciting changes to be sure!