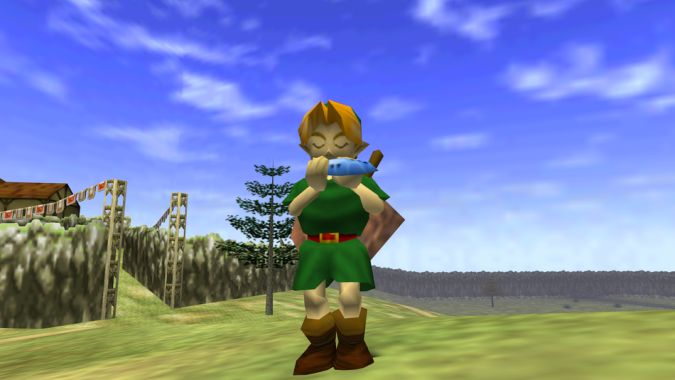 As is tradition, I must remind you all that Games Done Quick is currently underway. There are still a few days left to watch, and even though it’s online this year, it’s been a blast to have it back. Major kudos to the GDQ team for getting it up and running as smoothly as it has been! If you’ve never watched before, it’s fun and supports a great cause. I have no idea what being online will do to their records, but past GDQs have managed to raise over $3 million, which is just mind blowing to me.

Anyhow, go check it out. While you do that, why not join me for a Queue?

Q4tQ: Is there any word on Blizzard giving out Beta keys to BW so they can pass them along to people?

From the looks of it, the keys they’ve been giving out have gone to EU folks. If they start handing out beta keys to NA sites and influencers, I sure as heck hope Blizzard Watch makes that list! If we do, we’ll be sure to make a post about it :)

I haven’t had a chance to play them much, so I can’t really comment on much, but I do like the fact that the Insanity cost is removed from Void Eruption now. It’s something I pointed out the last time Shadow got big changes and I was asked about them, and I’m glad Blizzard agreed that it didn’t make sense.

I feel like Devouring Plague is in a weird place where Blizzard wants it to be up semi-often but also wants it to feel important when it’s used. It feels like it would be easier to either make it weaker but easier to cast often, or just make it a bigger cooldown that’s very strong. Oh, and it would be nice if Shadow Word: Death generated Insanity if it kills an enemy or something now that other Insanity generators have been nerfed.

Out of curiosity, I went to another web site to check out DPS rankings. Everybody realizes that if you have 24 DPS specs, something has to be #1 and something has to be #24. What surprised me was how wide the gap was between these specs. It has to be frustrating to see other players blowing things up while your character hits like a kitten in need of a nap. (<3 to Matt cats).

Q4tQ: How would you go about trying to shrink the DPS range between these different specs?

I’d caution against putting too much stock in sims or parses from the best players in the world. I don’t know if the gap between the top and bottom is as big as those make it look. The issue here is that the obvious answer — buff one ability exactly enough that it fixes the problem — isn’t what Blizzard does. Which makes you realize that maybe the problem isn’t as simple as it seems. As smart as sims are, they very likely don’t match the real-world aggregate of DPS logs. Which is a long-winded way of explaining why I don’t think the difference between first and last is as dramatic as it may seem.

So, given all the above, my answer to your question is that I’d make sure specs were fun and unique to play. Focus on the gameplay. The numbers will always vary and more than likely even out — but if the gameplay is fun, it’s fun.

ENO WANTS TO KNOW WHY I’M PICKING THE NECROLORDS:

The short answer is that they have my favorite aesthetic of all the Covenants. Yeah, Revendreth has some pretty cool stuff, but it doesn’t quite fit my character.

The longer answer is that there’s something oddly striking about the atmospheric effects that I just love. There’s a stillness to the zone but the occasional sound of what I can best describe as “thunder but backwards” occasionally reminds you that you’re in a world… just not your own. It also vaguely reminds me of a cross between the Eastern Plaguelands, Death Knight architecture, and Nerubian architecture. Also, all the Undead models are just so, so good.

The other reasons I like the zone are a bit spoiler-y.

I’ll ask the same one I asked Cory!

What’s your favorite recolor of a set? (tier or not)/

There’s a black version of the Priest Tier 6 set, but it’s not available to players. I absolutely love this set, and I must have it.

Would it be possible for Shamans to create their own version of infernals?

Allow me to lead with a quote from our good friend Jalamenos: “Warcraft 3 Earth Elemental shared a model with Infernals, just without the fel fire.”

So, theoretically, there’s a precedent for what you described. But as far as Shamanism is actually concerned, I imagine powerful Shaman would be able to. Communing with the elements is all about a give and take, after all — Shamans (are supposed to) ask the elementals for their help, rather than force them to do what the Shaman wants. Given a powerful enough Shaman and willing enough elements, I don’t see why it wouldn’t be possible.

That said, I’m not a Shaman expert, so if anything there doesn’t add up, please let me know!

Say you’re designing an old school 1986~ish Nintendo platform game with maybe six stages like Ghosts n Ghouls. The bosses are all World of Warcraft villains. Who are your six stage bosses?

Okay, well, the obvious answers here are Ony, Ragnaros, Illidan, Arthas, Deathwing, and an Old God. So let’s go with some others, eh?

From Stage 1 to Stage 6: Baron Rivendare from Stratholme, Moroes from original Karazhan, Bronjahm entirely for the background music, Jin’do the Godbreaker (alternatively, Zul’jin), Lei Shen, and, of course… Hogger.

Okay, that was actually hard to pick than I thought. Maybe we should do top 9 next time (one for every expansion including Shadowlands).

SPENCER MORGAN MEMES ON ME AND GETS MEMED ON IN RETURN:

Q4tMitch: are you winning Mitch?

Almost. Jovan always manages to steal my wins from me at the last second, though.

JALAMENOS, THIS IS THE OPPOSITE OF A PROBLEM:

[Curses!]
I watched that Taylor Swift video linked in the previous Queue and now Youtube’s totally-not-biased algorithm thinks I’m a die-hard Swift fan and is recommending every video she has ever been in.

I don’t really see the issue here. That said, I’m pretty sure you can clear your YouTube history and start fresh if you really insist on refusing the good word of T Swift.

On that note, we’re all done for the day! I hope you all have a great weekend. And remember: SGDQ is going until very early Sunday morning. Check out the schedule — if your favorite game is on there, I highly recommend watching! (No, this is not a sponsored post. I just really like Games Done Quick.)