Which character customization options are still missing from WoW? 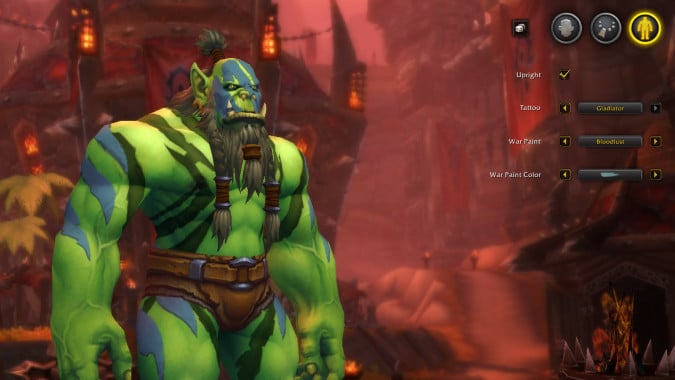 A wide gamut of new customization features are coming to World of Warcraft with the Shadowlands expansion. Still… you give someone an inch, they’ll take a mile, right? It’s natural that, upon hearing new options are coming, we immediately think of our favorite features that we always wished the game would have — and then, we inevitably get disappointed when we find out that they aren’t there.

Orcs got the option to change into a straight posture a while ago — and this was met with much rejoicing by a large part of the community. But sadly, even though so many new features are coming, that particular enhancement is not being spread out among other races that could direly use it. Look, I’m gonna be honest: Just looking at male Darkspear Trolls makes my own back ache. I simply can’t play them because of their bent spine, and how it makes me permanently conscious of my own posture, combined with a feeling that I need to straighten it up. Ever since Zandalari Trolls were introduced to the game, saying that Trolls “are too tall to stand up straight” is no longer a valid excuse. And the posture problem is not exclusive just to the Darskpear — Forsaken and Worgen, at least, could also benefit from it. Some of the coolest Worgen artwork out there depicts them standing tall, so it’s not strange that players also want to look like that!

Another feature that is woefully missing from WoW, but that most other MMORPGs have, is the ability to select your character’s voice. Games like Final Fantasy XIV (and others) give you a multitude of voices to pick from when creating your character — a powerful way to also customize their personality. And in conjunction with it being a simple matter of self-expression, there is also the fact that sound technology has evolved in WoW itself. Newer races like Mag’har Orc and Highmountain Tauren sound much clearer than original Orcs and Tauren, who often sound very muffled, like they’re mumbling to themselves instead of enunciating.

And we could always look at some simpler features. Some races got tattoos… while others didn’t. Same for jewelry, or eyebrows, or what-have-you. So, I have to ask: Are you jealous of the features that some other race got but your own favorite race didn’t? Do you wish your Forsaken could go see a chiropractor? Do you want your Gnome to sound fierce, instead of cute? Would you like to see something even crazier, such as different body types — a “skinny” Kul Tiran, a Human Mage that doesn’t look like they spend all their time hitting the gym? Is a height slider, so that your Goblin could be slightly taller than the average Goblin, on your list of wishes? Tell us: Which character customization options that are still missing from WoW would you love to see implemented in the game?