Who is Ara’lon? Why this caretaker in Ardenweald has an Afterlives short dedicated to him 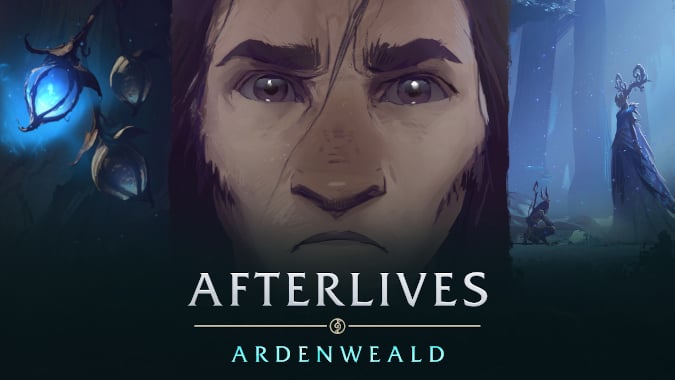 The first Afterlives animated shorts have focused on known characters in Warcraft lore, namely Uther and Draka. The newest one, Afterlives: Ardenweald, focused on a brand new character: Ara’lon. He is a Sylvar, and will make his first appearance in the Shadowlands expansion. He proves that the lore is ready for new characters to step up and take the spotlight.

Who is Ara’lon, and how does he fit into the Shadowlands story? 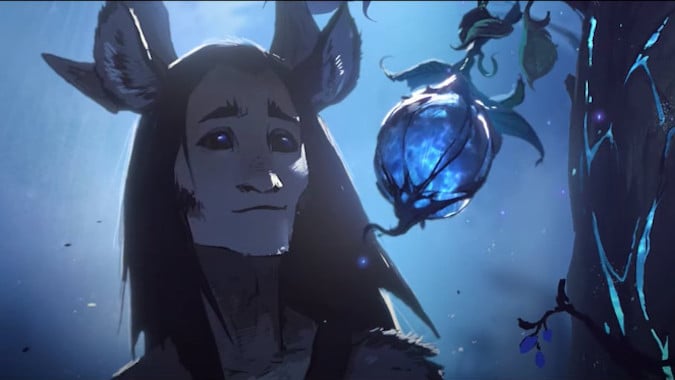 Attendant to the grove and servant to the Winter Queen

Ara’lon’s first introduction — at least to those not in beta — is in Afterlives: Ardenweald. As the short begins, he is an attendant of the Tirna Noch grove. He sees the spirit of Ursoc enter the grove, and greets him as a friend coming home. Ursoc’s spirit heads straight for a giant wildseed on the ground. Immediately, Ara’lon plucks a seed from a tree, brings it to Ursoc’s wildseed, and feeds it anima so Ursoc can rest well until it is time to be reborn. Ara’lon is happily attending to the seed, and to the grove as a whole. When the Winter Queen arrives to check on him he bows before her, happy to serve.

Time passes, and the once flourishing grove has fallen on harder times. Then, some Vorkai attack. Who would have won that fight is not known, as the Winter Queen puts a stop to it. She shares a vision with him of all Ardenweald suffering a drought, some places more than others. Tirna Noch is one of the worst hit. It is necessary to sacrifice some to save the whole, but the Winter Queen leaves the choice to him. Ara’lon agrees to cull Tirna Noch. He personally takes the anima out of Ursoc, ending his lifecycle completely — presumably, from what is known of the Shadowlands — to help Ardenweald. Then he joins the Winter Queen and her elite guards, known as the Wild Hunt.

Ara’lon cares for the grove, and most importantly, he cares very much for Ursoc and his wildseed. This is not Ursoc’s first time being reborn, so there could be a sense of familiarity between them — perhaps he attended to Ursoc before. Even if he hadn’t, the seed is different for a Wild God compared to others. Ysera has a wildseed like his. Right here, we see a difference between what is important, and what is sacrificed for it.

Afterlives: Ardenweald aimed to tug at the heartstrings and for some it succeeded.

Regarding Ara’lon, the character setup was pretty strong. He is a fighter in the Winter Queen’s army –and he is willing to sacrifice for what he sees as the greater good. 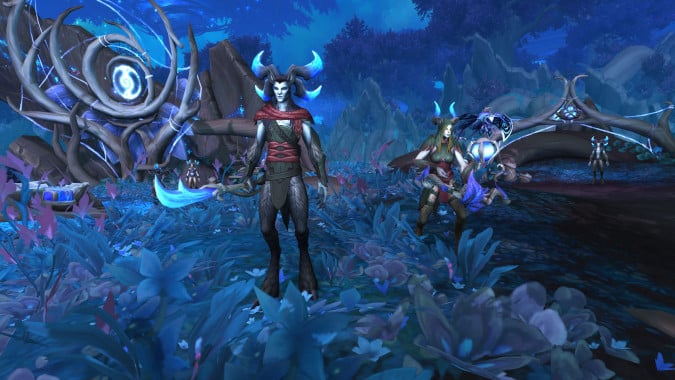 Ara’lon, the Wild Hunt, and the search for anima

After joining up with the Winter Queen, Ara’lon meets with the player in Ardenweald. He now has a sword, and huge horns that split into four with a blue glow. The player has Ysera’s wildseed, and needs anima to help her be reborn. Players come across the Wild Hunt and Hunt-Captain Korayn in Glitterfall Basin. She asks the player to find her best hunters, but only two are still alive — one of them is Ara’lon. While teaming up with him, he gives quests that include killing Drust, rescuing defenders, and destroying a Blighted Monstrosity.

It should be noted that before this point in questing, the player is joined by Niya, a Soulbind option and another Sylvar. Over the course of questing, Niya and Ara’lon discuss how each of them come from a grove that suffered from the drought, and had to be abandoned — choosing to give up its heart — to reserve anima for the rest of Ardenweald. Ara’lon asks the player to meet him in Tirna Noch, his old grove, to look for more anima.

The grove is now overrun by Drust, who are stealing anima and storing it. Players defeat them and take their anima. Taking what is there, Niya wonders if the anima could be used to restore some of the groves. Ara’lon says no, the groves must remain abandoned, reserving this for what currently remains of Ardenweald.

Thus far, that is the extent of his role in Shadowlands. Initially, he was easily overlooked in the leveling experience — one of many NPCs that we encounter in the course of our travels. He had some quests, some exposition, and then was gone. However, starring in an Afterlives video must be a hint that he is going to play a bigger role in the future of the expansion. What that role is can be guessed at, mostly because of his link to the Winter Queen. 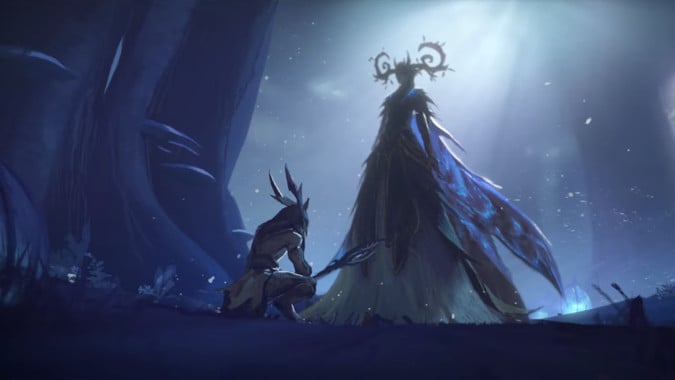 What could the future hold for Ara’lon?

Ara’lon is a member of the Wild Hunt, the faction players earn reputation with in Ardenweald. They will play an important role for players who chose the Night Fae Covenant, and will be close to the Winter Queen, acting as her guards. The Winter Queen will play a bigger role as the expansion goes on as a part of the Pantheon of Death — the Titan-like rulers of the Shadowlands. The other Realms’ stories have been building up to a clash with Kel’thuzad, and so far Ardenweald has stayed out of this story, but it seems inevitable they will join in.

The Ardenweald story has many main characters, with stories that will interconnect. There is Ysera, her rebirth, and remembering the final moments with Tyrande at her side. There is Tyrande going to Ardenweald, and trying to help all the Night Elves that died in the burning of Teldrassil from the Maw. There is the story of the First Night Warrior, and Shandris Feathermoon’s attempt to save Tyrande. This also brings up ties with Elune. With all of these stories, there is a heavy tie between Ardenweald and the Emerald Dream. There is corruption, blight, drought, and the Winter Queen subtly mentions she has a sister at one point — whatever that might be a setup for in the future.

Between the Winter Queen, Wild Gods passing through, and the Wild Hunt faction, Ara’lon is setup to be in place of importance. There is a lot of story going on in the Realm. Was he introduced in Afterlives — and in the leveling quests — as a passing character, or is this just an appetizer, for a feast of a story to come?