The Burning Crusade was merely a setback: Kael’thas returns to wreak havoc in Shadowlands

Kael’thas Sunstrider is famous for being a boss in The Burning Crusade — twice. He was the leader of the Blood Elves and Prince of Quel’Thalas, but he allied with Kil’jaeden and the Burning Legion, having been mislead about how to save his people from the scourge.

When he was discovered, he was defeated, and thought dead in Tempest Keep. Then he showed up again in Magisters’ Terrace, with his famous line, “…Tempest Keep was merely a setback.” Then he attempted to summon Kil’jaeden into Azeroth, but we put a stop to his plans. Finally, he was really dead.

But Shadowlands, being the land of the dead, is full of the deceased, including our old friend Kael’thas. Each of the four Shadowlands Covenant questlines features a well-known character from the past, and for the Venthyr, that’s Kael’thas.

With the Shadowlands beta in progress, we finally know more about what became of Kael’thas after he died — and the role he might play in the expansion’s story to come. 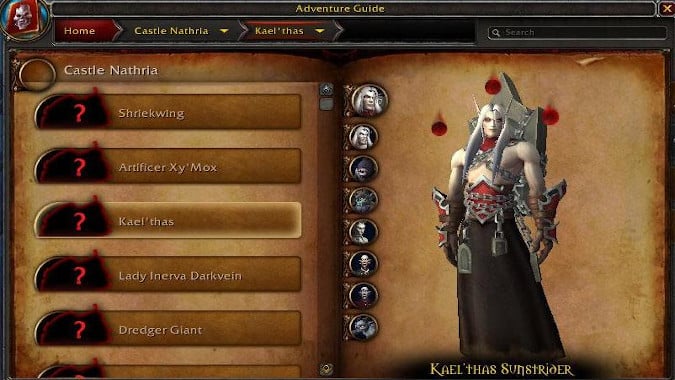 Kael’thas’ own arrogance left him imprisoned in Castle Nathria

Kael’thas doesn’t show up immediately when you enter Revendreth: you won’t meet him until chapter 6 of the Venthyr Campaign, “Confronting Sin.” Worse yet, to unlock him and this part of the story, players have to complete the Castle Nathria raid, where he currently resides. The encounter is called Sun King’s Salvation, but for this fight, we aren’t trying to defeat Kael’thas: we’re trying to save him.

Souls are sent to Revendreth because they’ve sinned in life. It could be greed, pride, or any number of sins that weigh these souls down. They receive a sinstone, which lists the sins of their life — and the more sins, the heavier the stone. Souls must be absolved of their sins, and if they refuse, they’ll be thrown into the Maw.

In Nathria, we meet the Accuser who judges Kael’thas, determining why he’s been sent to Revendreth and whether he’s ready let the past go and become a better person. Spoiler: he is not.

The Accuser is surprisingly helpful with Kael’thas, though. Despite her threats to throw him in the Maw, her goal is to help redeem him. His biggest sin is arrogance — as anyone who’s tried to farm him for the Phoenix Hatchling pet and the Swift White Hawkstrider mount, sitting through his monologue each time, knows. So he’s given a test that allows him to show mercy, but instead he boasts how easily he can burn the world to ashes.

Since Kael’thas will not overcome his pride on his own, a ritual is performed so others, including the player and the Accuser, can share the burden of his sin. But that’s only the beginning of the Sun King’s latest story. 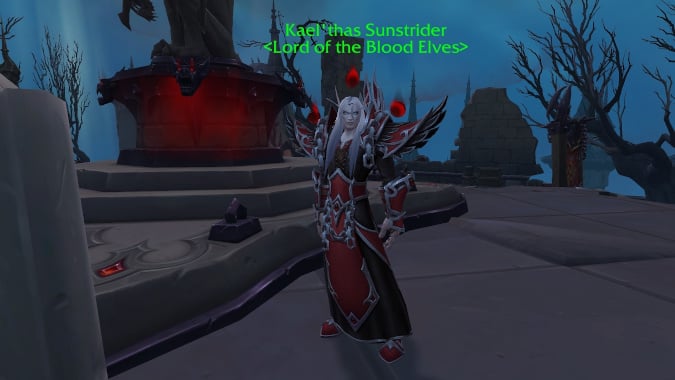 Kael’thas is on a quest for vengeance

Despite the ritual, Kael’thas is still carrying enough sin to be thrown into the Maw. You could continue helping him be rid of his sins… or you could help fuel his desire for vengeance. The Accuser opts for that second option, which leads to discovering that a Tithelord, who had been in league with the Venthyr Covenant, has allied himself with a Lich from Maldraxxus. Kael’thas still hates the lich, as his people were massacred to raise a lich using the Sunwell, and so he insists on investigating further.

The player and Kael’thas spy on a conversation where the Tithelord and a Cloaked Figure talk about the death of the previous leader of the Venthyr Covenant — whom players killed in the raid — and Lady Ouix’Ara, an Archlich that they’re supplying with anima. Chasing down Ouix’Ara involves a lot killing and destroying stuff, but finally Kael’thas binds and questions the Archlich to find out who her master is.

It’s none other than Kel’thuzad, though there’s no mention of Mr. Bigglesworth.

That’s good news to Kael’thas, who’s wanted vengeance on Kel’thuzad since the Sunwell was destroyed to reanimate him.

But Kael’thas hasn’t yet atoned for anything, and if he wants to be free from his sins he can’t go into this fight with his trademark anger and arrogance.

That’s the story so far… but what’s next? 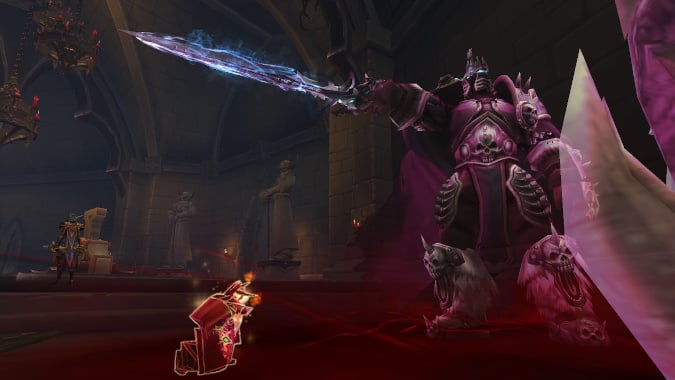 What’s next for Kael’thas?

This is where the quests and story end for now: there’s one more chapter for the Venthyr that hasn’t been implemented yet. But we have a few guesses as to what will happen next.

We know we’ll see Kel’thuzad in the future, as he has an updated model and appears in Maldraxxus, so this storyline is practically guaranteed to continue there.

But during Kael’thas’ judgement before the Accuser, we also hear about Kael’thas’ hatred for Arthas as the Lich King for resurrecting Kel’Thuzad. Kael’thas died before we defeated Arthas atop Icecrown Citadel — talk about a setback. At this point, it feels like it would be a disservice not to bring back Arthas from the Maw and let Kael’thas fight him.

Something else that ties into Kael’thas’ story — during the attack on Silvermoon and the Sunwell, Sylvanas led the Farstriders to fend of Arthas and his scourge. Arthas killed her and turned her into the banshee, telling her that the deaths were all her fault. He just wanted to use the Sunwell, not slaughter the High Elves. It’s classic victim shaming: obviously the High Elves had to defend themselves, but the words may have planted doubt. Kael’thas is not necessarily the most clearheaded thinker, and with Sylvanas now undead and involved with the Jailer.

Could this storyline set up a direct rivalry between Kael’thas and Sylvanas? Or will Kael’thas’ story ends with the defeat of Kel’thuzad?

We don’t know for certain where Kael’thas is headed next, but death certainly hasn’t slowed him down.