What do you think the different magic schools in Warcraft smell like? 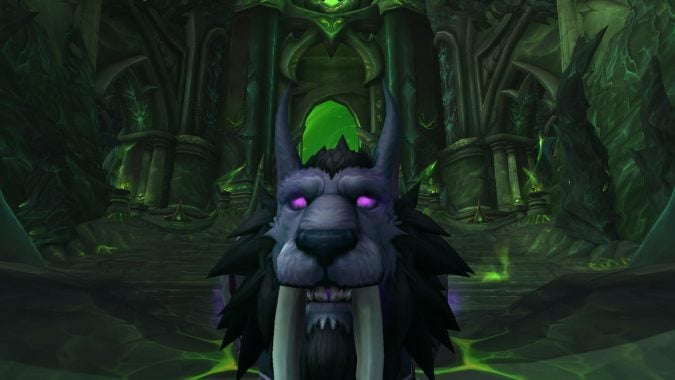 With its nose of course!

(I know I used that joke last time, but it’s too good not to reuse!)

Smells are tough. We know what Fire, Frost, and Necrotic magic must smell like — campfires with a hint of oak, the feeling of your nose hairs freezing when it’s 20 below out, and the smell of that sandwich you forgot in your locker over summer that one year. Lightning is obviously the smell of a thunderstorm. But when we start looking at the more fantastical magic it gets trickier to nail down what they might smell like. So what about those magics that don’t have a real-world equivalent?

Void magic is probably cold, but not the wholesome cold of winter. The cold of the empty spaces between stars, of the chill that comes over you as you walk down into a dark basement, the cold of a bare forest with a full moon above you as wolves howl in the distance. Dead leaves, damp wood, and the air that bites at your lungs as you struggle to slow your heart rate down.

Light is like cotton candy — it’s well, light. Pleasant smells that waft towards your nose from across a sun-dappled meadow. With a hint of fruit and flowers. If it’s being used to heal you that is. Otherwise, it’s the smell of metal on a hot and sunny day.

Arcane is not quite anything, rather the possibility of something. Just when you think you’ve got it figured out, something will change and you won’t be able to place it. One second you could swear that you’re smelling fresh pies cooling on the windowsill when suddenly it’s more like what you smell as you walk into an art studio.

Fel is similar to Arcane, in that it’s not quite anything. However, instead of one smell flowing into the next, it’s somehow all smells at once. Loud, chaotic, and foul. Combinations that were never supposed to go together with an undercurrent of sulfur to boot. Wet dog mixed with rotten apples and dead wasps.

What about you? What do you think that the different magic of Azeroth smells like?

Blizzard Watch is made possible by people like you.
Please consider supporting our Patreon!
Filed Under: Magic Smells, Smelling Magic, Smelling Things In Warcraft
Advertisement