Do weapon restrictions in World of Warcraft still serve a purpose? 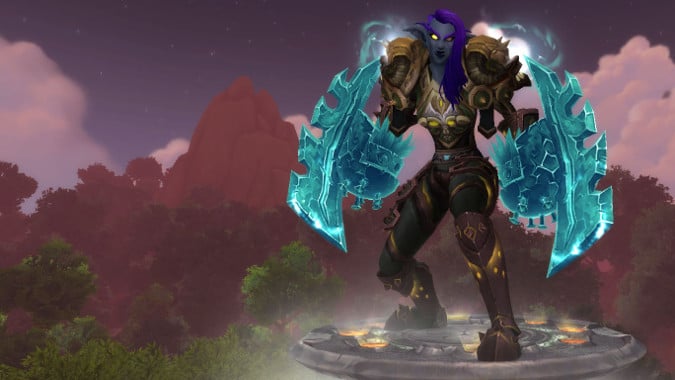 World of Warcraft has weapon restrictions and I don’t really get why anymore.

The fact that Death Knights can’t use fist weapons and Shaman can’t use swords seems weird to me. I’ve been thinking about this for a while, and while it may seem a little weird for a Paladin to hammer a man into mulch with a big spiked knuckle duster, it’s not really any different from using a giant hammer or axe, both of which the Paladin is capable of equipping. Likewise, if someone can use a staff, which is essentially just a long stick, I don’t get why they couldn’t also use a polearm, which is a long stick with a blade or hammer at the end of it. I feel like Mages, Warlocks and even Priests shouldn’t be all that flummoxed by what is essentially one of the oldest weapon types in existence.

Yes, I’m aware that to truly master a weapon, you need training and experience. That’s why a Warrior has all these different strikes they can do with a staff like Mortal Strike or Bloodthirst, and a Mage just kind of swings it and hopes for the best until he can get back out to range and cast spells again. 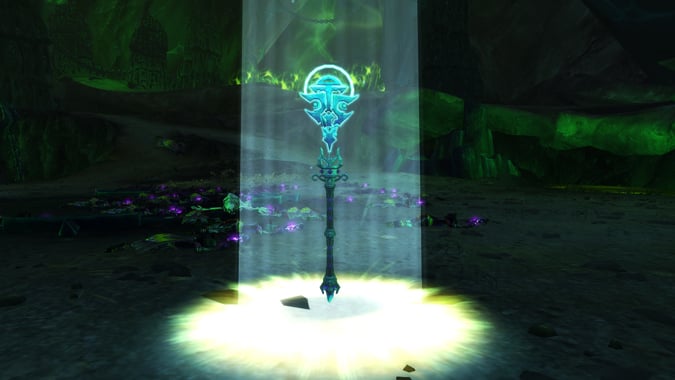 I mean, I can kind of understand why stuff like wands and ranged weapons should be kind of restricted. Admittedly, my Warrior can still equip a bow or a gun, but I don’t really have anything that uses them anymore — they took the ability to shoot guns away from us a long time ago, and that doesn’t really bother me. I’ve suggested a ranged weapon spec for Warriors before, but I’m not exactly worried about it — let Hunters have the guns, bows and crossbows, they’re a big part of the class identity. However, the fact that Warriors and Rogues can still equip those weapons means that I feel like we’re in a place where we might as well let people equip anything, or as close to it as we can arrange.

Why shouldn’t we have casters wielding 2h swords?

Well, okay, because people are already insane about loot drops and every weapon in the game could go to and work for any class, it would be literal pandemonium. I don’t expect Demon Hunters would be excited to see the weapon that only they can equip and use going to Rogues, Shaman, and Warriors — even though as it stands Warglaives are in danger of simply falling off of loot tables. I’m reminded of the experiment we’re seeing in Shadowlands with weapon tokens for Covenant specific weapon drops, and I wonder if that kind of forward thinking could help with this issue. Since you’ll be competing with everyone for token drops, or more accurately, since the way loot currently works you’re never actually in competition with anyone anyway (it’s all personal loot nowadays) then why not just let everyone use every kind of weapon imaginable, minus the ranged weapon edge cases? 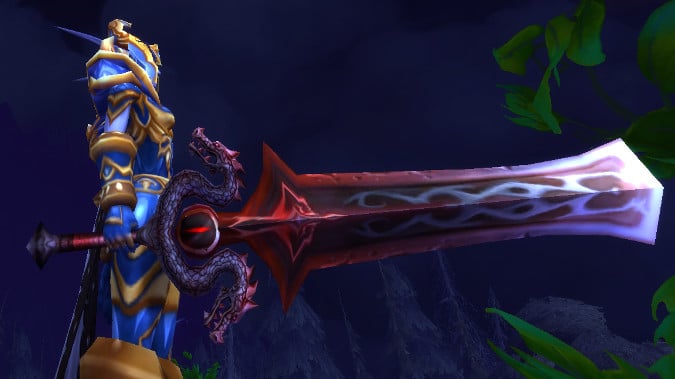 Weapons can be more than stat sticks

Think about it. Weapon choice could be less of a box imprisoning you and more a series of options. You want your Mage to be a battle caster, a hardened mercenary whose seen a hundred fights? Instead of a staff, he straps on a giant iron-shod bludgeon and holds that sucker aloft when he’s casting. Warlocks have been blurring the lines with scythe mogs for years — they even got a scythe artifact. Why not let them use Gorehowl? A great big axe for a great big evil, I say.

Maybe it’s because I play a Warrior, and I can use everything anyway. Maybe I’m just spoiled and I think everyone should be able to equip everything. Maybe they could deliberately itemize certain weapons, like a 2h sword that has Int and a mana return proc on it, or a 2h staff with strength and an AoE on impact, just to spice things up. Imagine if your Priest could use a warglaive and a shield instead of a dagger and a book. And we could even see some unqiue models like a warglaive that looks like one of those hoop chakram style weapons the Wardens use, or a 2h sword that’s more of a long staff/sword weapon like a nagimaki. I mean, I could see Blood Elves or Nightborne casters rocking a sword like this instead of a staff.

In the end, I’m not really sure why we restrict weapons for classes anymore. I’m sure someone else who is a lot smarter than me has a reason for it — I mean, there’s the old ‘class fantasy’ aspect to consider. Maybe it wouldn’t fit the theme if a Priest was hacking at people with an axe in between Smites or a Warrior used a dinky pair of daggers. I personally think it would be really cool and would open up gameplay, but I’ve been wrong before. I would love a world where Mages could wear an Ashkandi, as ridiculous as that might seem to some.

Blizzard Watch is made possible by people like you.
Please consider supporting our Patreon!
Filed Under: Weapon Restrictions, Weapon Types, Weapons, Weapons In WoW
Advertisement