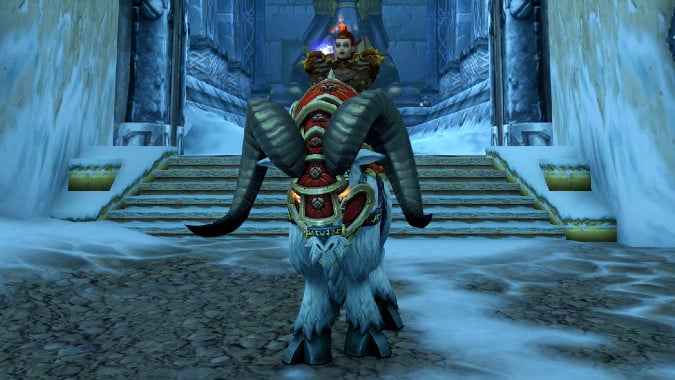 Korrak’s Revenge, the successful battleground event from last year’s celebration, is back. That means that if you missed your chance to grab two snazzy mounts from it — the Stormpike Battle Ram for Alliance, and the Frostwolf Snarler for Horde — you’re in luck, because you can do it again this year!

The process is not complicated at all: You simply need to run Korrak’s Revenge until you earn one of the two versions of the Alterac Valley of Olde achievement. There is one version of the achievement for each faction, but you’ll only need to earn it once — getting it for Alliance also gives you the Horde mount, and vice-versa.

The achievement asks you to earn 200 Timewarped Badges in the battleground, and nearly everything you do in it will net you some badges. Winning a battle will reward you with some, and even losing will net you a smaller amount. All of the quests within the battleground itself, such as the ones that ask you to capture Graveyards or Mines will give badges as well, so it probably won’t be uncommon at all to see other players trying to do those quests.

You can find the option to queue for Korrak’s Revenge in your Player vs. Player panel (the default hotkey to open it is “H”), under the “Bonus Battlegrounds” dropdown option. Now, if you’ve tried queuing for the event in the early days of the Anniversary, you may have been unable to: There was a bug preventing players from doing so. The good news is that Blizzard has already hotfixed it, and you should be able to queue as normal now.

So, get on to battlegrounds, and work on your mounts! The ram is particularly special, since it’s one of very few high-resolution ram mounts in the game. And even if you’re not too used to PVP, do keep in mind that Alterac Valley is the most “PVE-oriented” battleground of them all. You can choose to help your team by killing PVE bosses, and rarely ever engage with other players at all! But, of course, doing actual PVP in AV is also a lot of fun.