How should new mounts become available in WoW? 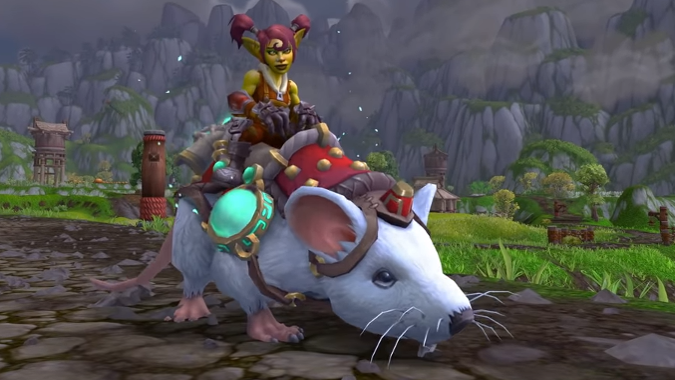 I see arguments and division every time a new mount is discovered in World of Warcraft, and I’m confused by it, because it seems like no matter how that mount is available to players, someone is upset by it. I mean, remember Squeakers? The adorable flying rat mount? There were people legitimately angry about that mount being a Store mount because then it costs actual money instead of being something you can earn via PVP or a raid boss or an achievement.

Meanwhile, I hate all those kinds of mount delivery because I invariably end up doing them to help someone else get the mount, which I don’t want to do. I’d be happy if every mount in the game was some kind of purchase option and I never had to be involved in how other people get it, but that’s just me, a notoriously grumpy old man. And a bit of a hypocrite, because I do have Mim’s Head and I didn’t get that thing solo, I was in a group when we killed Yogg-0 back during Wrath and it dropped.

This is why I always end up sighing and doing yet another annoying Achievement. Guilt.

But I’m curious what y’all think. What’s the best way for mounts to be available in World of Warcraft? Purchasable from in-game vendors for gold and reputation? Dropped from raid bosses? Available once you complete a convoluted mystery that involves traveling the world and solving bizarre puzzles? Crafted via a profession? All of these have been and continue to be vectors for mount acquisition and I’m curious which, if any, you’d like to see more of. Or maybe you’re like me and you’re perfectly okay with dropping some money (or Battle.net balance converted from in-game gold, if that’s your thing) to pick up that cool new way to travel. If you were in charge, how would you prefer we all get the latest ride?

Blizzard Watch is made possible by people like you.
Please consider supporting our Patreon!
Filed Under: Mounts, Mystery Mounts, Store Mounts
Advertisement