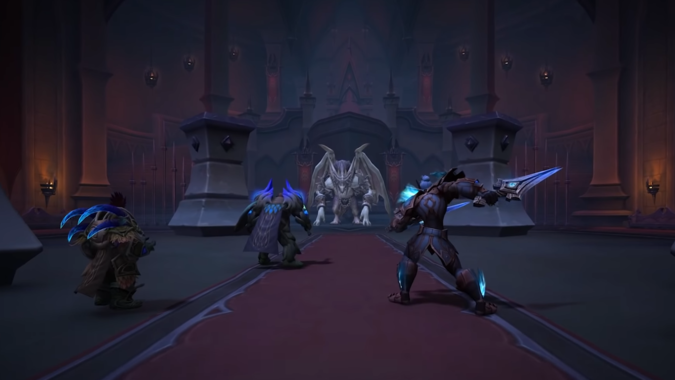 Castle Nathria just opened for raiding and we’ve already got good news for players looking to get their hands on their legendary effects from it — they seem to be a guaranteed drop. Not just one at a time either, every raider in my raid last night got their power if the boss had one of theirs. Castle Nathria has many classes’ top legendary powers, so knowing that all you have to do is be able to kill the boss and you’ll walk away with it is a huge relief. One of my powers comes from the second boss, Altimor the Huntsman, and knowing my luck I was getting ready to still not have it by the end of the expansion.

If you’re wondering which bosses drop which pieces for you, you can always check the Powers tab in the Dungeon Journal. Each class has a legendary memory for each of their different specializations, and one general all-purpose one.

This is especially good for Raid Leaders, as now they won’t have to worry about every one of a certain class leaving when the boss you just killed doesn’t drop their legendary power. There have already been enough problems with that happening in dungeons. If a raid needed to refill its roster with every kill, nothing would ever get done.

We’ve only been able to confirm this on Normal and Heroic difficulty so far, since those are the only difficulties currently available. We’ll find out next week if the Raid Finder will have the same drop rate — although I’d bet that it does. If the World Bosses drop their legendary powers as a guaranteed drop, I can’t imagine that the Raid Finder ones wouldn’t. Of course, that just makes the whole issue where everyone leaves after bosses that much more irritating.

All four wings of Nathria will be available in the Raid Finder by February 2nd, so you’ll have plenty of time to farm up enough Soul Ash from Torghast to make a really good piece.