Race to World First: We have a winner in the race to defeat Mythic Castle Nathria! 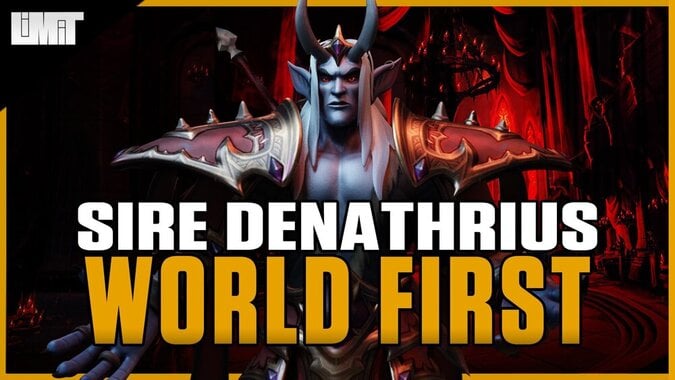 In a neck and neck race, Complexity-Limit has cemented themselves as the best raiders in the World of Warcraft by being the first guild to defeat Castle Nathria, the first raid of Shadowlands, on Mythic difficulty. They defeated Sire Denathrius in a commanding fashion as more than a hundred thousand people watched them on Twitch. I’m sure that there are many players, commentators, and developers who are breathing a little easier now that the race has been won before Christmas.

Note that this clip of their world first kill is NSFW for some (very excited!) language.

To call this race a nailbiter is maybe an understatement. Over the last few hours of the race, the attempts from both Echo and Complexity-Limit were getting closer and closer. Both guilds recorded multiple sub 10% attempts. Complexity-Limit even notched a .88% heartbreaker before the victory. Denathrius had less health than some rares just wandering around in the Shadowlands! Either guild could’ve gotten the kill on the very next pull.

This is Complexity-Limit’s second World First in as many raid tiers. They’ve been such a strong force in the raiding scene that it’s no wonder they were able to pull this off. Right from jump as they moved into Castle Nathria they showed that they had the tenacity and the skill to take the top spot. They moved consistently through the Castle, with the only major roadblock being the nearly 300 attempts it took to defeat the Stone Legion Generals.

Sire Denathrius wound up taking less than half the attempts that the Generals did — only 139 pulls. In their final attempt you could hear how calm and collected the raiders were. If you didn’t know that they’d never killed Sire Denathrius before, you wouldn’t have been able to tell — until the screams of joy as he died that is. They didn’t even need to take the fight past the enrage like they had with the Sludgefist kill, there was plenty of encounter space left as he died to spread out and ensure that the mirrored players stayed far apart.

The secrets to Complexity-Limit’s success

But what makes Complexity-Limit such a force to be reckoned with? They’ve been consistently in the top ranks for raiding going back all through Battle for Azeroth and beyond. In a statement after the kill, Complexity-Limit Guild Leader Maximum had some thoughts. He said it’s important to find the fun in raiding, and that the Complexity-Limit raiders are doing what they’re doing because it’s fun for them.

That’s something that these World First Races have made plain to see. The guilds who are doing well and contending for the top spots are the ones where you can hear just how much fun the players are having. Hearing the raiders friendly banter over the voice communications as they worked through the early phases of the fights was fun. They genuinely seem to like playing together. It was also amazing to hear the giant shift towards seriousness as they got closer to the hard parts. The banter subsided to be replaced by the calm call outs of abilities and cooldowns. But even after more than a hundred pulls, they’d be laughing and joking right again on the next one.

It wasn’t just having fun that sealed the deal for Complexity-Limit. They also dropped nearly three hundred million gold on this race! That’s enough for sixty of the (now extinct) long bois! There are more consumables in Shadowlands than there were in BfA with the return of armor kits and weapon oils. Combine that with potions, flasks, augment runes, and feasts — and Complexity-Limit could be spending as much as 400,000 gold an hour just on consumable items.

There is also the tradeable Bind on Equip items that drop from the raid. They weren’t as overpowered as the ones we saw out of Ny’alotha in BfA. With no Corruption, the items wound up going for more reasonable numbers, but the chance to equip another Mythic quality item still saw them being snapped up for hundreds of thousands of gold. They’ll once again have their work cut out for them as they repay their gold debts.

As this race winds down, it’s amazing to see just how much work has gone into all of the different guilds playing at their best. Each time the race gets better as more guilds devote more time to making it the best possible. I can’t wait to see if Complexity-Limit can take three in a row. If the last two raid tiers are any indication, that’d be a safe bet!