What game releases are you most excited for in 2021? 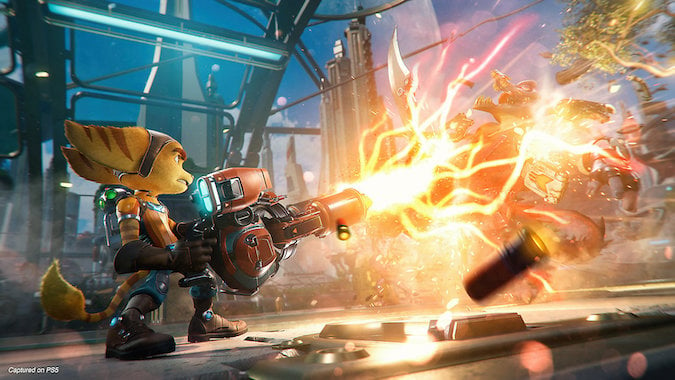 Blizzard fans are in a funny spot as a new year dawns. The company has a lot of upcoming titles on the horizon, but none of them have been given a confirmed release date yet. Not even a vague season-and-year statement. While we can hope really hard that 2021 will bring us Diablo Immortal, Diablo 4, and Overwatch 2, the odds are not in our favor. And even for the ones that do come out in 2021, we’re probably going to be waiting until fall. Seems like patience will continue to be the watch-word.

Just as Blizzard has been a little quiet, gaming hardware has been overflowing with exciting developments. A new console generation from Sony and Microsoft is making all sorts of changes to what devs can do (adieu, loading screens!), and PC players are scrambling to get their hands on RTX graphics cards. Those hardware updates have been followed by a wave of big-ticket game announcements. There’s a lot happening beyond Blizzard’s walls and all of it looks, frankly, awesome.

So what are the new releases outside of Blizzard that have piqued your curiosity for 2021? What will you turn to when you need a change of pace from raiding in Shadowlands or when you grow weary of running rifts in Diablo 3?

Personally, I’m really hyped for a couple titles due out in the first half of the year. I am a firm believer that it’s always a good idea to replay anything from the Ratchet & Clank series, so the arrival of a new game has met with extensive celebration and squealing in my house. The tech demos so far can only be described as face-meltingly-cool, and after the technical and storytelling flex Insomniac Games accomplished last year with Spider-Man: Miles Morales, I’m bouncing to see what they can do with a return to the favorite franchise. You can bet I’ll be playing Ratchet & Clank: Rift Apart on launch day and giggling over the zingy quips and wild weapons with my favorite lombax and robot.

And then for something completely different, there’s also a new Hitman game coming out later this month. The latest iterations of Agent 47’s exploits have been masterclass in game design from IO Interactive, so my expectations for Hitman 3 are as high as the chandelier I might shoot to come crashing down on some malevolent drug kingpin’s head. This series pairs the dedicated patience of untangling a difficult challenge with the cackling delight of finding darkly funny ways to end the lives of terrible people.

What about the rest of you? Are you excited for more adventures with Aloy in Horizon Forbidden West? Are you drawn to the artsy mod-meets-noir vibe of Deathloop? What new games are you hyped for this year?

Blizzard Watch is made possible by people like you.
Please consider supporting our Patreon!
Filed Under: Hitman, Other Games, Ratchet & Clank
Advertisement