Why are my World Quest gear rewards such low item level? 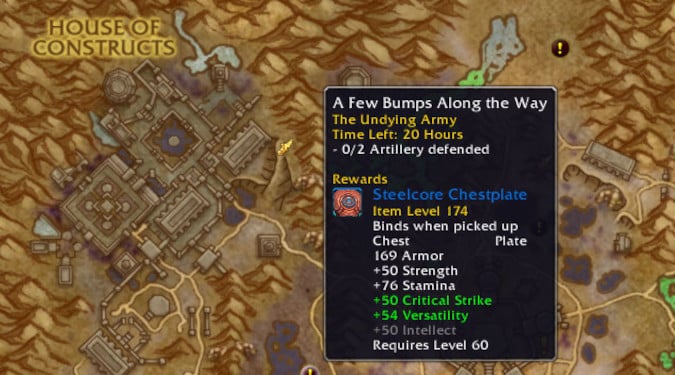 World Quest gear in Shadowlands scales with a variety of factors, including your personal item level and how much Renown you have, with the item level of the gear capping out at ilevel 200. But that doesn’t mean it’ll drop an ilevel 200 piece for you — in fact, here we are heading into week seven and it’s not entirely clear how Renown and WQ rewards scale.

However, it is clear that some World Quests can still drop gear at the starting level for rewards even if we’re at Renown 19 or higher. This means you could be in ilevel 184 or higher pieces across the board, and still get a drop that’s ilevel 155 or even lower. I mean, take the following screenshot. 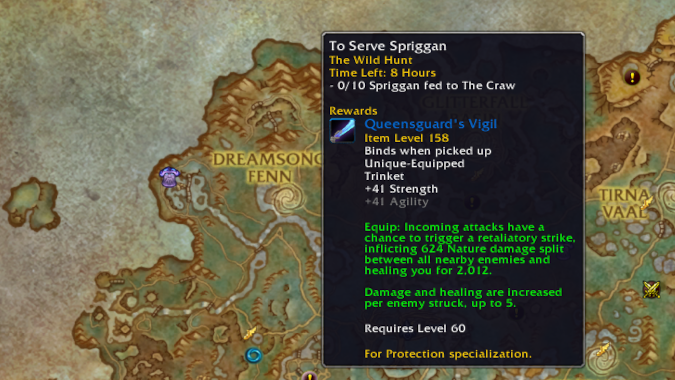 I’m ilevel 190, my Renown is capped at 18 (highest it can go as of this writing, although by the time the post goes live, it will have increased) and I have two ilevel 200 trinkets from Normal raiding. And yet, this is the trinket that I see as a WQ reward. I wasn’t expecting an upgrade, but I was expecting something closer to a 170 or above piece, and yet the majority of gear I see in WQ, when I see gear at all, is around this ilevel.

So what gives with World Quests? I know there are ilevel 174 rewards available to me, I’ve seen a few, including a weapon drop. But I’ve also seen weapons at around 155 or even lower. Just how do World Quests scale in Shadowlands? 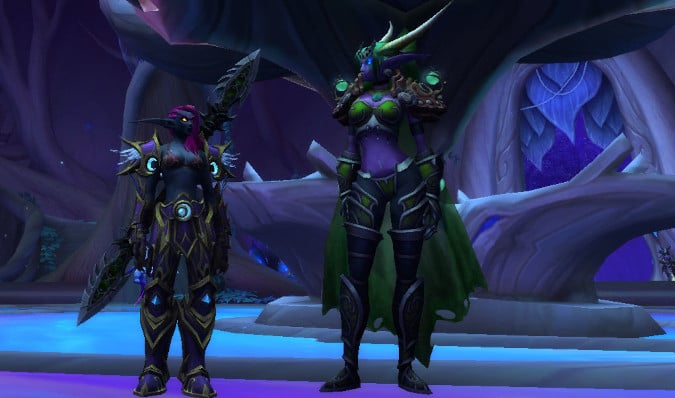 World Quest gear scaling in Shadowlands varies based on Renown, too

The first difficulty here is that while WQ gear scales with both ilevel and with Renown, it’s not entirely clear how this works. Wowhead says here that the WQ gear scales with Renown levels 10, 16 and 29, but when I checked in game it was levels 10, 19 and 29 — I assume it’s just a typo. But as to what ilevel these Renown levels cap you at, I can’t tell you — I’ve been unable to find any gear even close to my own ilevel, and the highest WQ I’ve seen yet is ilevel 171 Conduits and Weapons, and ilevel 174 armor pieces. Considering I’m ilevel 190, I’d expect higher, but at present that hasn’t been the case.

With the upcoming bump from Renown 19, it’s possible we’ll start seeing a cap — and therefore the ilevel on gear — increased, meaning that we could start seeing higher pieces drop. But it seems that the WQ gear still has the potential to drop lower ilevel items even after you’ve personally way outleveled those fresh 60 rewards. Hence, that ilevel 158 trinket, which is dropping a solid week after I got a 171 trinket from a World Quest in the same zone. The base ilevel of WQ drops seems to be fixed at 148 according to Wowhead, and pieces of gear seem to drop at any ilevel between that and their cap, influenced by the ilevel of the player and their Renown cap, but not forced to drop at the highest possible ilevel.

However, we do know that the ilevel for WQ rewards in Shadowlands does seem to have a hard and fast cap of ilevel 200, meaning that no matter how good your gear gets, even if you’re in full Heroic Castle Nathria pieces, you’ll never get gear from a World Quest at better than Normal Castle Nathria gear. That’s the absolute current cap on WQ gear. I expect it may go up when future raids are released, but at present I have no way to verify that.