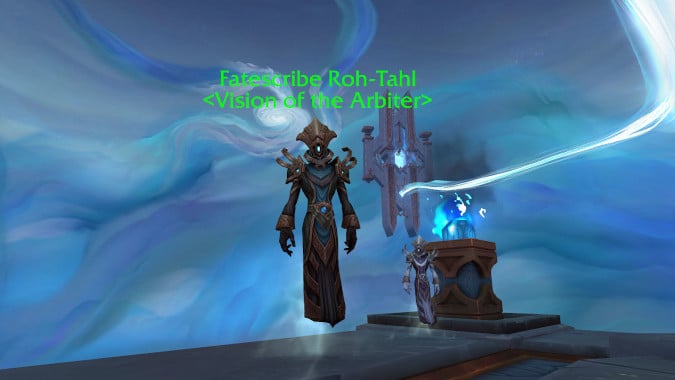 The time has come for many of us to level our alts, as Shadowlands is entering the lull period where we have accomplished most of what 9.0 had to offer to our mains and are eagerly waiting for 9.1 — or we’re simply in the mood for a change of pace. We have already discussed what the main differences are between selecting Threads of Fate or just leveling through the standard story Campaign once again. Both options have compelling factors attached to them.

Yet despite all the warnings, I always found myself picking Threads of Fate, on every new alt. And I ended up activating Threads on all of them — even on some that had already done the campaign all the way to level 55. Once I had tried leveling a character to max level by using both methods, I found out that, for my particular preferences, Threads is vastly superior. From reading what people have to say about it, I have a suspicion that a lot of players are writing off Threads without using it to its fullest potential. 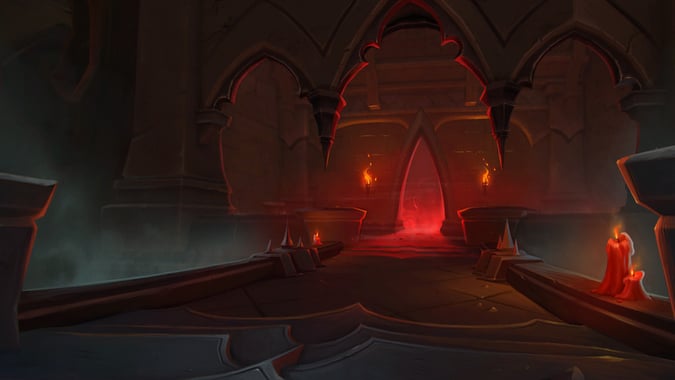 The allure of non-repetitive gameplay

Shadowlands saw a return to a linear storyline that progresses through every zone in a fixed order, diverging from how the previous two expansions, Legion and Battle for Azeroth, had done it. This is likely to be the main reason why Threads of Fate was even introduced, in the first place: to allow you to change up the order of leveling zones on your future characters. And I quickly learned that the whole idea of linear storytelling every single time is not for me.

I’m sick of Bastion questing. It was a lot of fun the first time I did it. By the second time, it had already begun to lose its luster. On the third character, I simply couldn’t stand it anymore. And as I started thinking about why that was, a lot of changes made in previous World of Warcraft expansions suddenly made much more sense to me.

I remembered all the many, many comments of how sick people were of questing in Hellfire Peninsula again in order to get through Burning Crusade content. Once you got past those initial levels in HFP, your path opened up a bit: depending on your level, you could go to Zangarmarsh or to Terokkar, and after that, you had a choice between Nagrand and Blade’s Edge, and so on. But for the start of your journey in the broken continent, you were always locked to the red peninsula.

It’s no coincidence at all that, for Wrath of the Lich King, Blizzard decided to introduce the concept of having two different starting zones, in Howling Fjord and Borean Tundra. There were other factors that weighed on that decision, such as removing bottlenecks and spreading out the playerbase for a better experience in general. But that is mostly applicable to launch and the following few days. Later on, it’s all about the burden of invariable repetition — and the joy of choice. So much that Cataclysm repeated that idea by giving us Hyjal and Vashj’ir as starting zones to choose from.

Repeating the same questing content over and over, with no variation, with no choice, tends to get tiring. A wise person once said that variety is the spice of life, and I certainly concur. 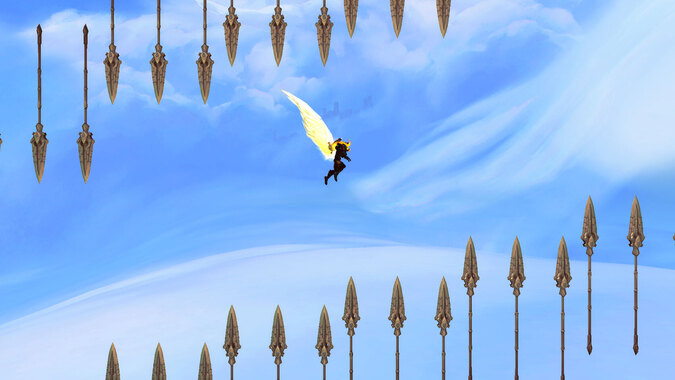 Quests, World Quests, Dungeons — and the ability to change zones on the fly

The second big advantage that Threads of Fate gives for leveling is in how closely it mirrors something like the Adventure Mode system from Diablo 3. In that game, you get to choose, on each play session, which of the five Acts of the game you want to play on. Each one offers its own sets of quests, and each may cater to your specific mood or whim on a given day. Today you feel like squishing bugs in the desert? Go to Act II. Want to smash demons on the high heavens? Act IV is waiting for you.

Threads of Fate offers a very similar experience. Even though you pick your initial zone in Oribos, you’re not, in fact, forced to stay there! It’s true that you will get a big completion bar that is attached to that zone — but all you need to do is travel to a different zone — or enter a dungeon that is tied to a different zone — and you will get your second bar. You can have all four bars at the same time, and mix and match quests on each zone to your heart’s content. In fact, you should do so. Filling the bars feels much less daunting when you forget about that “immediate” goal and just play the game, knowing that whatever you choose to do counts for something.

And speaking of dungeons, that is yet another advantage that Threads affords you. If you stick to repeating the campaign, you will only be allowed to do those specific dungeons that accompany the zone you’re currently questing in! Each zone becomes locked by story and by your level. Whereas with Threads, your level 50 character can already queue for any of the four leveling dungeons — which actually adds the possibility of doing nothing but chain-running dungeons all the way to level 60, if you feel so-inclined. Each dungeon will fill one of your four bars, and eventually you will complete them all.

There is also the fact that we have all been doing World Quests on our mains, and we’ve learned how most of those World Quests function by now. Some of them are very fun — I know that I love running laps around Maldraxxus while lighting braziers with a torch, or using a mirror in Revendreth to burn aristocratic vampires with the Light. Not only do you get to add those pieces of otherwise max-level content to your leveling sessions — in order to mix it up in-between your regular questing and your dungeons — but you also get to reap the rewards from doing so. It’s not much, but you will accumulate some anima and some reputation — among other things — long before you hit max level. 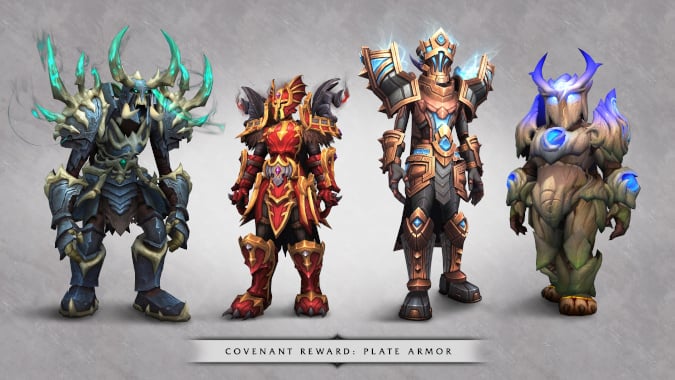 Pick your Covenant at level 50, and get used to its abilities

And finally, we have the last big motivating factor for me to end up selecting Threads of Fate on all of my alts: I got to pick the Covenant for each one of them. When you select Threads of Fate, you can talk to the representatives of all four Covenants in Oribos, and get a test run of that Covenant’s abilities. If you’re not the kind of player who picks your Covenant solely for min/max reasons, and instead want to pick whatever fits your alt the best — whether it’s in theme, in a snazzy transmog set, or in a fun ability to play with — this is an awesome feature.

I was set to have my Mage join the Night Fae, until I found out that the Covenant ability for the Necrolords allows her to transform into a skeletal mage for a few seconds! That was simply too neat for me to ignore, and my plans immediately changed. Now, I don’t know how that particular ability ranks up with the others in terms of power — but this is just an alt that I play to have fun. I don’t raid or do any “serious” content on her, and I know that the difference will be very small for whatever it is that I plan to tackle on her. Getting to actually play with a super cool ability, full of flavor and fantasy, matters much more to me on that particular character.

So, even though those who have compared the two experiences attest that you get more XP per time by repeating the campaign, all of the reasons above still make Threads of Fate a much more attractive experience to me — even if it does last longer. It may take me an extra hour or so to get to max level, but at least I’ll be doing it with a multitude of different content, with the ability to mix it up on zone order every single day, and already making some progress (albeit small) upon my Covenant of choice.

To those of you who may have been turned off from Threads because of XP efficiency issues, I say: give it a try anyway. Make sure you take the bars from all four zones, and embrace all the content that the game has to offer you: the side-quests, World Quests, and dungeons from all four zones. Mix it up furiously. If you’re the kind of person who prefers to have some semblance of freedom to play around with your character instead of repeating the exact same on-rails experience every single time, there is a big chance that you will find Threads of Fate to be the optimal leveling experience for your alts.

Blizzard Watch is made possible by people like you.
Please consider supporting our Patreon!
Filed Under: Campaign, Threads Of Fate
Advertisement