Burning Crusade Classic will use patch 2.4.3 but phases matter more for class balance 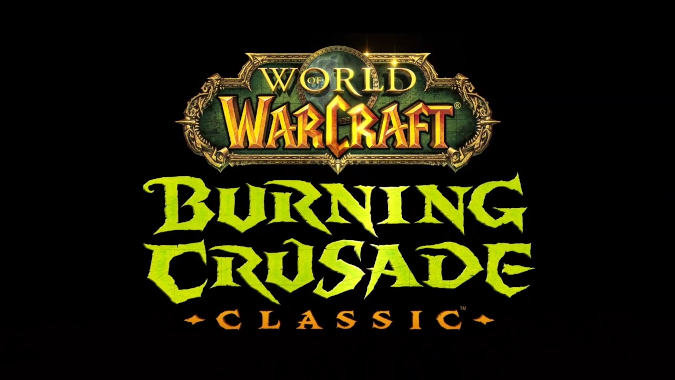 At BlizzcOnline, we learned that Burning Crusade Classic will run on patch 2.4.3. This will bring a host of changes to the game. Your first mount will come at level 30 and it will be cheaper than it was in WoW Classic. Guild Banks will be opened in the major capitals. The number of experience points needed for each level from 20-60 is less than it was in WoW Classic. There were key updates in professions in 2.4.3, but it’s not clear if those will be tied to the Burning Crusade Classic phases.

Classes will be radically different as well. If you haven’t guessed from all the Warrior-stacked raids, class balance was not great in WoW Classic, and it wasn’t in the original version of Burning Crusade either. Would the developers who have embraced #SomeChanges bring that attitude to class balance? During the World of Warcraft Q&A at BlizzcOnline, Brian Birmingham, answered that question.

In The Burning Crusade Classic, will there be the possibility of class tuning (That would make it notably different than 2007)?
No, We want to kind of keep the authentic behavior that was in the final patch of Burning Crusade the same way we did with classic. We believe that’s the most tuned and correct version of classic Burning Crusade that have the most time for the designers to get things balanced right? And so that’s what we’re going to ship with at launch and keep it throughout.

It depends on who you ask

There are two distinct groups of people who provide commentary on class balance in Burning Crusade and they come from very different points of view. You have the grizzled veterans. They’ve been in this fight since they were six years old! They know exactly what class balance was like in Burning Crusade because they were there. They lived it, and they’ve got the receipts to prove it.

Then you have another group of people: the private-server crowd. These guys know all about class balance in Burning Crusade because they played it yesterday. Literally. They also know how the knowledge and skills players have now affects the behavior of players on Burning Crusade servers. While that’s true, not all Burning Crusade private servers are the same, and not all of them use the same ruleset Burning Crusade Classic will. Some private servers overtune their content to provide greater challenge which strengthens the power of a spell like Circle of Healing.

I more fall into the grizzled veteran camp, especially when it comes to the subject of tank balance. I was a raid leader through Tier 4, and then became a progression raider up through Sunwell all as Paladin tank. I got my start writing about World of Warcraft being one of the first people blogging about Paladin tanking. 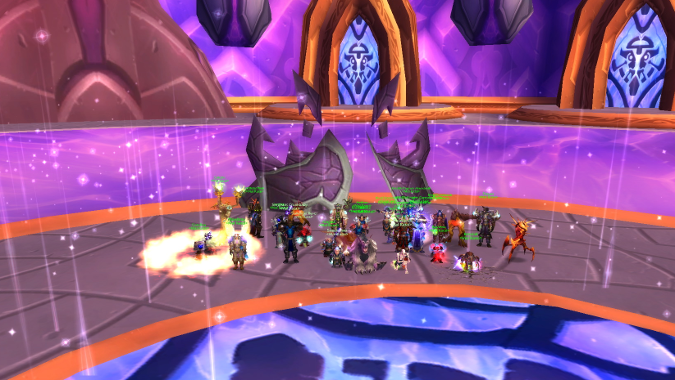 Healers have niches in Burning Crusade

Resto Shamans and Holy Priests were strong healers for raid healing. Druids did fine, but their PVE strength lagged behind that of Shamans and Priests. They still were more than worth their raid spot for their buffs and Innervate, and they were PVP powerhouses. No one was better at keeping your tanks alive than a Paladin healer. They had one job. And they did it well.

The Alliance loved their shiny new Resto Shaman, and Chain Heal was a huge boon to all raids throughout Tier 4 (Phase 1) and Tier 5 (Phase 2). Holy Priests’ Circle of Healing will see huge increases in Phase 5 with spell power gear from Sunwell. One thing that hasn’t changed from Burning Crusade to Shadowlands is healer players tended to be in short supply. You generally took whatever healers you had regardless of class because those were the only ones you had. 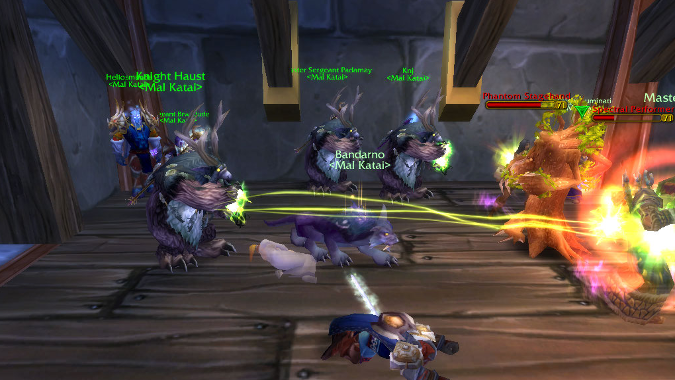 While a hotly debated, Burning Crusade saw a huge shift in the DPS meta from melee to ranged. With patch 2.4.3, the 360 degree cleave from many bosses should be gone, but even with that removed, bosses in 5 mans, and in Tier 4 and Tier 5 — Phase 1 and Phase 2 of Burning Crusade Classic — have melee unfriendly mechanics. Just one emblematic example of a 5 man boss is Mennu the Betrayer in Slave Pens. He puts down a fire nova totem and roots the melee. If the totem goes off, the melee are unlikely to survive.

In Tier 4, the cave-ins on Gruul provide the same sort of issues for melee as the Falling Rubble mechanic on Sludgefist. In addition, should a tank go down, you’re likely to lose a melee quickly from the Hateful Strike damage. In Tier 5, Al’ar spends most of its time in the air moving from platform to platform. Melee can’t be anywhere near adds because of their AOE explosions, and you have fire patches blocking melee from getting to the boss. Voidreaver has a point blank AOE attack. The list goes on and on. 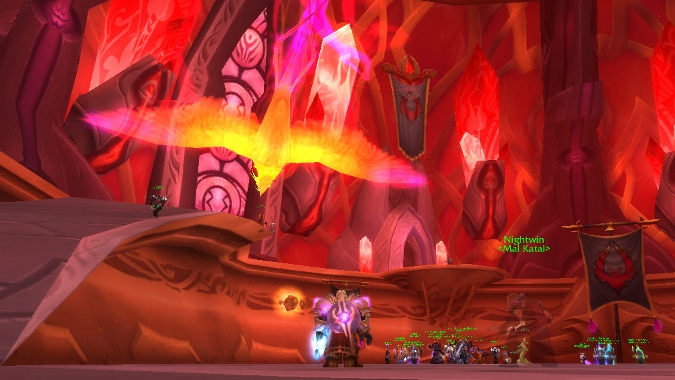 These types of mechanics cause classes like Warriors and Rogues to lose uptime on the bosses while ranged classes like Hunters and Warlocks continue to blast away. By 2.4.3, Hunter pet avoidance had been implemented meaning Hunter pets ignored all those melee unfriendly mechanics further strengthening Hunter DPS, especially for Beast Mastery.

Warriors still did fantastic in PVP, especially in the new Arena mode. Paired with Holy Paladin, Warriors were unstoppable killing machines. For Rogues, it’s a mixed bag. In patch 2.4.3, Blind isn’t classified as a poison, and not cleansable, but Cheat Death saw a major nerf. Rogues will still be strong, but they won’t be the world breakers they were in the original Season 2 and Season with the 2.4.3 version of Cheat Death.

In PVE, Rogues will improve when Black Temple releases in phase 3 with the introduction of the Warglaives of Azzinoth Legendary. Combined with a Shaman in their group for Windfury, Rogues will shoot back towards the top of the meters. All physical DPS will get a boost when Armor Penetration gear is added with Sunwell and Isle of Quel’danas in Phase 5. Prior to Phase 3, melee will be brought primarily for interrupts, and for Enhancement Shaman buffs. 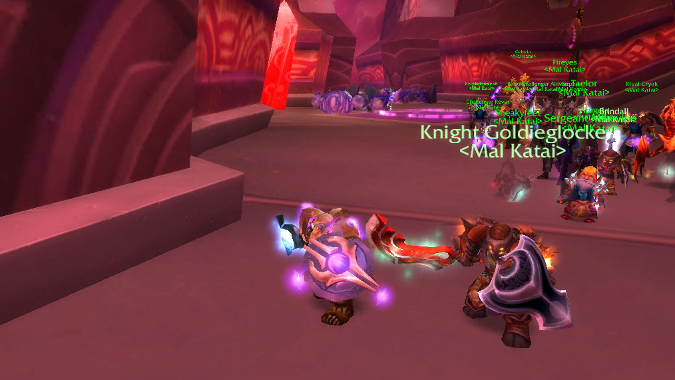 Tanks have a rigid hierarchy

Nowhere will the knowledge players have now be more impactful than with the tanking classes.  Blizzard attempted to open the tank role in TBC. They designed each tank to have its niche: Warriors were the best main tanks with a bevy of cooldowns and a relatively straightforward path to gearing for the Defense cap. Druids excelled at off-tanking with their huge health pools and the ability to seamlessly transition to DPS in Cat form. No other tank could compete with a Paladin in AOE (5 mans, certain trash packs–most of Hyjal– and specific raid boss phases). With Burning Crusade Classic using the 2.4.3, Tankadins will have access to the critical Combat Expertise talent. Prior to receiving this talent, Protection Paladins had lower HP than similarly geared Druids and Warriors.

Critically, the developers didn’t communicate their hierarchal design to the players. Paladins and Druids vied for Main Tank roles while you had Warriors desperately trying to handle AOE. It wouldn’t be until midway through Wrath that Greg Street aka Ghostcrawler would communicate what the design had been. Though the forum post is long gone, here’s what he said:

Originally Posted by Ghostcrawler
Tank balance was a non-issue in Classic and BC (that’s 4 or so years of your 5 years) because warriors were designed to be the best tank. When there were situations that other classes started to outstrip warriors, we took steps to make sure the warriors still came out on top.

With most buffs still party wide, and the change from 40-person to 25-person raiding, raid composition is critical. Several classes are more sought after for their unique utility rather than their straight up DPS, HPS, to TPS (threat per second). For example, no raid will go without a Shadow Priest despite their mediocre DPS since they bring unmatched utility and unique buffs like Vampiric Touch.

Shamans were highly desired for Bloodlust which didn’t have the debuff at the time and only affected the party. The Debuff was added in WotLK. Paladins were brought for their Blessing as much as their damage, healing or tanking.

If you’re enjoying a melee DPS in WoW Classic, you may have a harder time until the later phases of Burning Crusade Classic. Healers are always welcome regardless of class. Raids generally took three to four tanks: a Warrior MT, a Druid OT and a Paladin AoE tank. It will be fascinating to see how the knowledge we’ve gained over the years changes the balance we saw in Burning Crusade.