Korthia will be a new Daily Quest hub to the Maw, but are Daily Quests actually good content?

The Maw zone Korthia will be added in patch 9.1, and I for one am utterly ambivalent about it. Just to be up front, I didn’t like Mechagon. I’m not a huge fan of Daily Quests, especially not the way Mechagon did it where I ended up riding around the zone in a loop desperately trying to find a rare spawn only to arrive just in time to watch it die. Having to download an addon if I want to have any chance at all to find and kill one of these things was maddening, and it transformed Mechagon from a zone I’d be fascinated to explore into one I couldn’t wait to leave and never come back to.

But was the problem Mechagon and its specific selection of repeatable quests, or just all Daily Quests? I used to go to the Isle of Quel’danas pretty much every day, and I enjoyed that — but I also used to go to Ogri’la every day, and I did not enjoy that. Is it that Daily Quests are a flawed content delivery system, or is it a problem with individual quest design? Is there a kind of Daily Quest that is in fact fun? 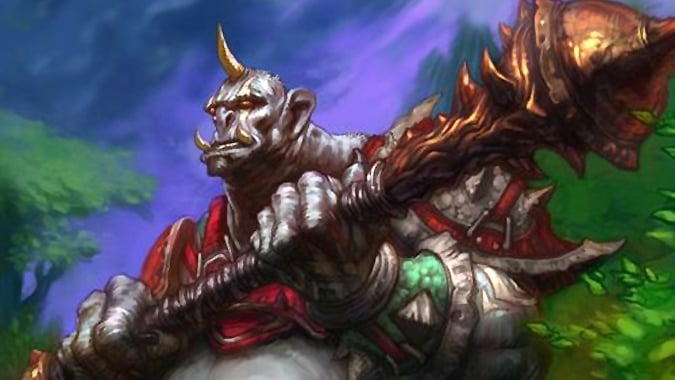 Simple or strange? Both kinds of Daily Quests can be fun

I decided to go back over every Daily Quest I’ve ever done, and it turned out that the ones I enjoy tend to be of two kinds: straightforward quests and weird quests.

I like simple quests — kill X demons, for example — when they’re relatively easily completed. So if the quest requires you to kill X demons, but the demons don’t respawn quickly and they don’t share tags so if someone else hits them I don’t get kill credit, that’s a bad quest. Any Daily Quest that makes you spend an hour just desperately trying to find a quest mob to finish said quest is just awful. There’s no excuse for that and there never has been, in my opinion, and in the past we’ve seen plenty of seemingly simple Daily Quests trip up on problems like this. But generally I like straightforward quests that are easy to get done every day, without annoyances.

I also like really weird quests. Repeatable Daily Quests that ask you to transform into a moose and fill up a progress bar by running over the Burning Legion, eating grass and soft plants at the edges of lakes, and otherwise giving me something wholly new is a Daily Quest I can get behind.

But in both cases, the problem with Daily Quests — as opposed to World Quests or normal quests —  is that they repeat daily. Doing the exact same quest every day, even an easy quest like fly over these demon portals and blow up demons with bombs for the Ogri’la faction, ends up becoming very tedious after a while. Even the most unique quest will become stale when you are doing it every day.

So can Daily Quests be good content, or are they relegated to being a tedious grind?

My opinion is a simple one. Daily Quests have to be very compelling for players to want to do them every day. And moreover, it’s better to have a wide assortment of them which can rotate so you’re not expected to do the exact same quests every single day. It’s better, as an example, to have a questgiver with 10 quests who only offers three every day, rotating through the available quests to give players some variety, and keep quests from being stale. Some Mechagon quests did this part pretty well — even though the zone-wide Daily Quests tended to be an exercise in frustration — and it’s something I keenly hope we see in Korthia.

Also, Blizzard should take some tips from the Dominance Offensive/Operation Shieldwall hubs in Mists of Pandaria. While these were Daily Quest hubs, they also had non-Daily Quests that unlocked at specific points so characters could get a break from the grind every so often. Having new questlines that advance the story did a lot to keep those zones fresh and interesting, even when we were doing the same daily grind.

Because Blizzard keeps adding Daily Quests to the game, I hope they’re the best Daily Quests they can be. But I still have to admit, I’m really not a huge Daily Quest fan. I’ll still go to Korthia, of course. But I worry that I’ll feel trapped in the same repeating cycle of quests, and I hope Blizzard decides to shake it up so Korthia doesn’t become another quest hub that I can’t wait to leave.

Blizzard Watch is made possible by people like you.
Please consider supporting our Patreon!
Filed Under: Daily Quests, Isle Of Quel’danas, Korthia, Ogri’la, Questing, Quests
Advertisement