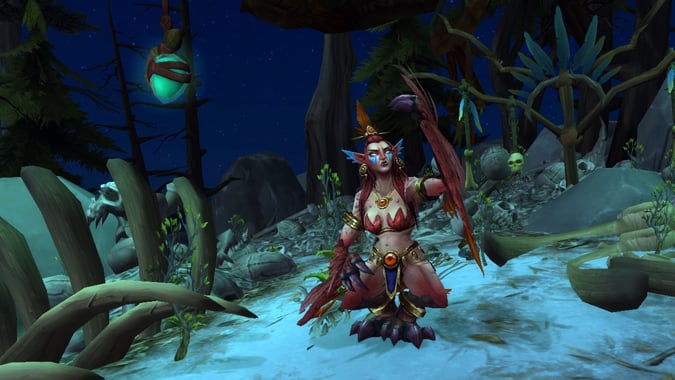 Because that is the kind of thing people do, apparently.

In case you’ve missed our last few episodes, we’ve been playing through Magnificent Joe Perez’s Otherweald campaign, and after finding ourselves trapped in a strange extra-dimensional circus fighting an evil — perhaps, anyway — clown god, we’re now back on Otherweald proper. Now, we’re going on a quest to find a magical cup dropped on another continent by a priest of a death goddess — specifically Hela, a goddess of life and death and the liminal space between them — because they did one of our party a favor and let her speak with one of her six mothers.

This is just the kind of stuff that happens in a D&D game.

So, you may be wondering who these adventurers are and what they’re all about, and here’s a short Dramatis Personae for you to keep them all straight:

Before I start recapping, here’s the episode in full if you’d like to listen:

So after escaping the weird carnival, the party — which consists of people who literally just met, either just before getting dragged into fighting for their lives in said weird carnival or during it — is back in Highgate, the city the campaign started in. Everyone’s trying to figure out what just happened to them, with one of the party — the emotional Rune Knight Mae h’in llew worried that someone from her pride back home might have died. With the help of Rahn, the party goes to visit a priest named Hadderai and I apologize to you Joe because I know that’s not how it’s spelled.

Hadderai uses his magic to allow Mae to speak with one of her mothers, Gwalt, who is not dead and reveals that aside from a new clutch of cubs that died recently everyone in the pride is doing well. Relieved, Mae wants to thank Hadderai, who reveals to the party that years before a relic of Hela was lost on another continent in a temple of Lilith, and being a party of adventurers now — seriously, they just met — apparently fighting a clown god really bonds a group together — they soon find themselves on a flying boat captained by Bob, a Goblin with a multi-use artificial hand and a seemingly jovial personality, and his whole family including his Dwarven wife and their brood of half Goblin/ half Dwarf children. Rahn’s in it for revenge on the cult of Lilith, Diener goes where Rahn goes, Mae wants to pay back the church of Hela, and why everyone else is in on this is quite mysterious to me.

However, while Bob is an able enough captain, a flock of dastardly harpies attacks the flying boat, and the party has to leap into combat, with Mairsy, Quint, and Rahn all showing great fortitude in the battle with the winged menace. Unfortunately, the battle damages the airship’s sails and the party is forced to land early and head overland to the jungle temple where the chalice of Hela was drunkenly dropped by Hadderai’s friend all those years before. While shopping for supplies in town, Mae trades her prize from the weird carnival to a shopkeeper for a pair of magical lions that live in statues.

The session ended there, and on a bit of a cliffhanger, because we’re still quite a ways away from the evil temple of Lilith in the jungle. The next game will be in May, and will feature a Mass Effect story in honor of the release of the Legendary Edition collecting and remastering all three Mass Effect games. Joe comes back in June with another Otherweald adventure.

Blizzard Watch is made possible by people like you.
Please consider supporting our Patreon!
Filed Under: Blizzard Watch Plays, Episode 4, Otherweald
Advertisement