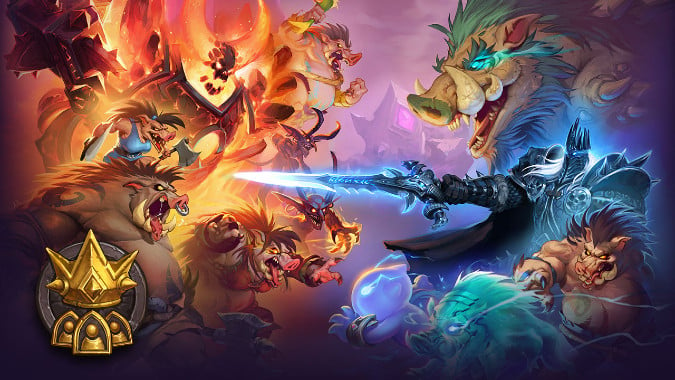 Have you seen the little piggies? Well, at least when it comes to Hearthstone, you’re about to!

Quilboars are being added as a new tribe to Hearthstone Battlegrounds, breathing some fresh air into the game mode. Although our “adorable” pigs are joining the likes of Murlocs, Mechs, and others, Battlegrounds games will still have the same number of tribes — so now each game will exclude three of the available tribes, rather than two. But just like with previous releases, Quilboars will be a guaranteed minion type on every Battlegrounds match until the next major patch.

We don’t know when that patch will be, but this patch is coming on May 4. And it’s set to shake up the game in more ways than just adding new content: Battlegrounds ratings are also being reset to zero for all players, so make sure to prepare yourself for that! 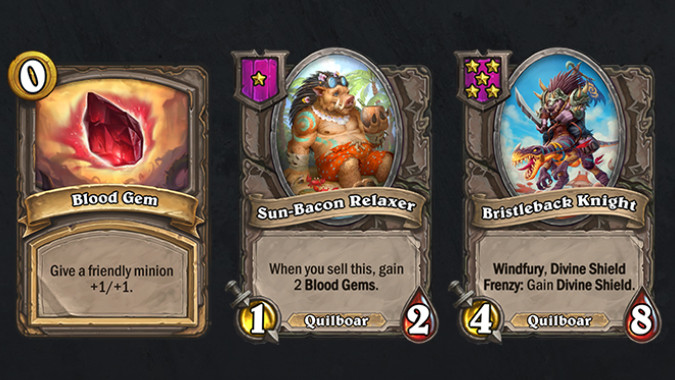 Quilboars have a brand-new mechanic: a card called Blood Gem, which you can use to buff your minions (exactly the same as King Mukla’s Bananas), and that several Quilboar minions will create. But other Quilboars will also work with Blood Gems for more powerful effects, increasing their powers or consuming them for more powerful buffs.

At the first Tavern tier, most of your Quilboar minions seem to be able to generate Blood Gems, getting them from Battlecry or Frenzy effects, or even when they’re sold. But at tier 2, you begin seeing some synergies, with minion such as Tough Tusk or Bristleback Brute:

It’s already easy to imagine how these minions can scale up with power, leading them into the later stages of the game. 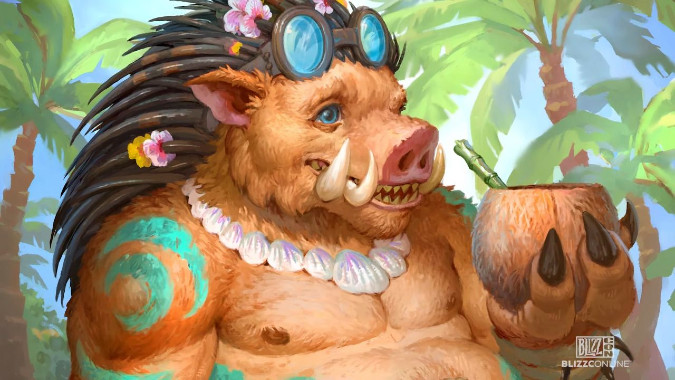 At Tier 3, you may begin to re-shuffle your Blood Gems from Quilboars you played before into newer, more powerful minions, in order to carry on with their effects, instead of letting those previous buffs go to waste: 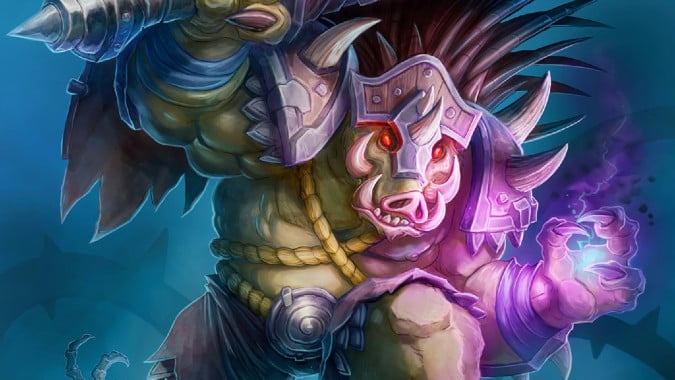 Now we get a truly crazy minion, which already seems very powerful to me, and is likely to be played even outside of Quilboar-specific builds:

Speaking of Quilboars that can be played on different compositions, we have one that is tailored for Menagerie builds:

The final Tier 5 minion, Agamaggan, The Great Boar, makes your Blood Gems passively stronger, and is very likely to be a cornerstone of Quilboar comps:

Finally, Charlga and Captain Flat Tusk allow you to gain even more Blood Gems, likely boosting the amount of them to very high levels:

The scaling potential with Quilboars and Blood Gems seems very powerful indeed. Time will tell if they will be able to join (or perhaps even surpass) Big Demons, Dragons, and Elementals in the realm of having super high stats — and how afraid of Poisonous Murlocs they’ll end up being.

You can check out the official patch notes for information on each of the 17 new minions, including the ones not listed here. 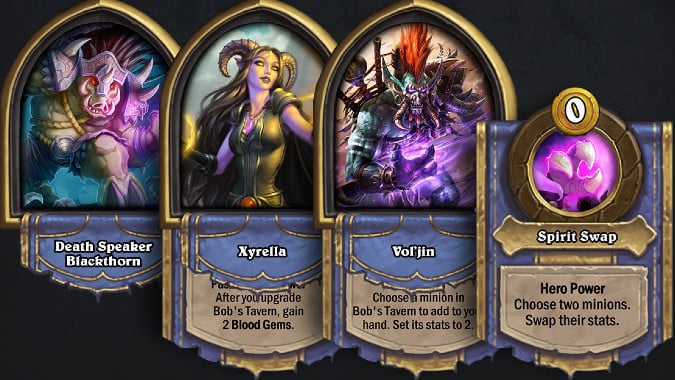 Battlegrounds is also getting three new heroes — and an updated one

Three brand-new heroes are also joining Battlegrounds on May 18 — but, as usual, players who have purchased Battleground Perks will gain early access to them, on May 4, along with the rest of the content.

This hero is likely going to be to Quilboars what Lord Jaraxxus is to Demons. If you pick him, you have no choice but to play that specific composition — but your Hero Power ensures that you’ll likely be one step ahead of everyone else in that particular area.

I’m curious to see how this Hero Power will play out. I can see it being powerful in the early-game: not only do you get a discount on purchasing a minion each turn, but you might actually increase their stats, if they’re a lower-end minion. At turn 1, you could buy an Alleycat and have it be a 2/2 that still generates a 1/1 token, for instance.

Later on, the discount power will stop being usable on every minion: you will end up wanting to avoid lowering the stats of certain key minions. That said, there will likely always be a use for this Hero Power: you can safely use it on minions that you only purchase for their Battlecry effects, already intending to throw them out after use.

It’s hard to evaluate how powerful Xyrella will be, but I’m cautiously optimistic.

Game Designer Chadd Nervig (aka Celestalon) has clarified that, in order to use Vol’jin’s hero power, you will actually have to click twice (once on each minion) — which is a first for Hero Powers, on any game mode.

This Hero Power seems potentially powerful. There will likely be some combination of minions where getting one’s stats with the other one’s effects will result in a very strong abomination — and in addition to that, this is the kind of Hero Power that will be constantly re-evaluated whenever any minions are added, removed, or otherwise changed. Much like with Xyrella, we’ll have to wait and see.

This one is an existing hero who is merely being updated to include Quilboars, since his hero power affects a different minion type each turn. No surprises.

But there is even more stuff in this patch, including the fact that Quilboars will become a new minion type not only in Battlegrounds, but in every other Hearthstone game mode as well! To check out everything else that is coming (including Diamond Ragnaros!), check out the official patch notes.

Blizzard Watch is made possible by people like you.
Please consider supporting our Patreon!
Filed Under: Battlegrounds, Hearthstone Battlegrounds, Quilboars
Advertisement