So you’re interested in playing Burning Crusade Classic, but you’re a rebel, an iconoclast. You’re not interested in any of those characters — you know, the ones that are already in WoW Classic — you want to play a Blood Elf or a Draenei, the new hotness coming with the first expansion of WoW Classic.

Or maybe you’re perfectly happy with the original eight playable races, but you’re a Horde player for life and your raid is looking forward to Paladins, so you have to play a Blood Elf. This also goes for Shaman and Draenei on the Alliance side, of course.

There are plenty of reasons you might want to play one of the new races, but if you want to rush into Outland on day one, you have a problem. These new races can’t be boosted, BCC has no heirlooms or leveling buffs, and you only have a couple of weeks between the pre-patch where you can play these new races and the expansion release.

But fear not — it’s really not that daunting. Here’s how to level your new character in Burning Crusade Classic. 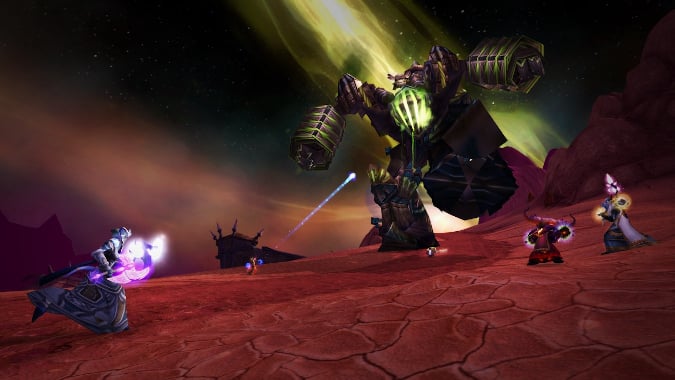 If you have a Classic character, start collecting supplies

Say you’re sitting upon a small army of level 60 farm alts that you use to make gold.

Use that gold. Hit the auction house now and buy an assortment of items to send to your alt so they’re ahead of the power curve as they level. If you have a crafting character — say, a Blacksmith or Leatherworker — check to see if any of the gear they can make is useful to your alt. Otherwise look for green gear they can equip while leveling, so they’re always well-geared. And you should work on getting more than just gear: sending a level 1 alt large bags, a chunk of gold, and some consumables can make a huge difference. Yes, even items like buff food (as long as it’s food they can eat), bandages, and the like.

Stock your alt up so that they don’t have to stop because their bags are overflowing, they need to buy food or make bandages, or grind for gold and supplies. It’ll speed up the process.

If your new alt is going to be a Blacksmith, an Engineer, or any other crafting profession, collect the raw materials so they can level their skill faster. The less you have to stop and gather items, the faster you can level. Remember, you don’t get experience for gathering professions in BCC, so there’s no good reason to stop and do them if you’re trying to get to max level as fast as possible.

But lot of us may be heading to Burning Crusade Classic without having played WoW Classic. Don’t worry, because even though you can’t use an established character’s resources to make things easier for you, there are still things you can do to make leveling faster.

DPS specs are typically the best choice for leveling. Tanking classes could be solid leveling specs because you could pull a lot of mobs at once, but healing specs were still pretty rough. Though these specs could shine in dungeon leveling, there’s no LFD in BCC so finding a group can be a time-consuming process that takes you away from actually leveling. Even though tanks and healers will be in demand for groups, you won’t have the instant dungeon queue these specs have today.

In short, you should strongly consider going DPS while leveling. 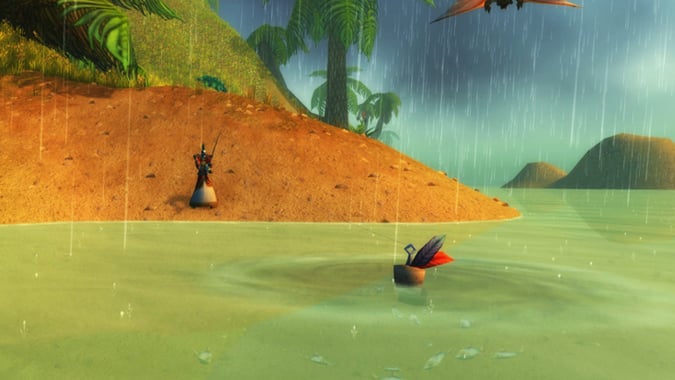 First off, gathering doesn’t give XP, so consider waiting to pick a gathering profession until you’re higher level. Not going out of your way to pick up herbs or ore means you can spend more time leveling — and at higher levels, you can more easily sweep a zone for resources. Starting at Herbalism 1 on a level 45 character means you can easily run around the Ghostlands or Bloodmyst Isle gathering without worrying about random mobs.

Similarly, crafting professions take time away from leveling so you may want to save them for later, when you can easily pick up resources and level them quickly. Even though crafting professions can provide gear and consumables, you’ll have to spend a lot of time finding materials — particularly if you want to make the good stuff.

But there are exceptions: you might consider picking up skinning, whether you intend to keep it long term or just to not. It gives you useful resources for Leatherworking (and other professions use leather, like Blacksmithing), which you can either keep to level professions or sell on the Auction House to fund your leveling. You’re killing stuff anyway, so you don’t need to go out of your way to skin creatures — you might want to consider it for a useful profession while you’re leveling.

First Aid is another profession to consider. You’ll pick up cloth as you go and having bandages can really speed up the leveling process.

Regardless, if you want to hit level 60 as fast as possible, you won’t want to spend a ton of time on professions. 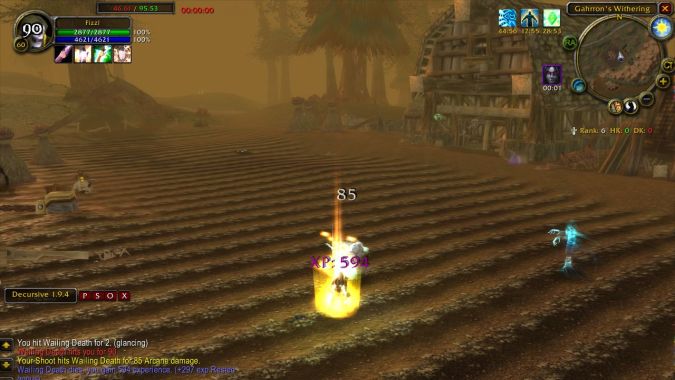 There are quite a few addons in WoW Classic that help track quests. The quest UI is a bit primitive in BCC just like it was in WoW Classic, and using addons will help you finish quests faster. Here are some good leveling add ons: 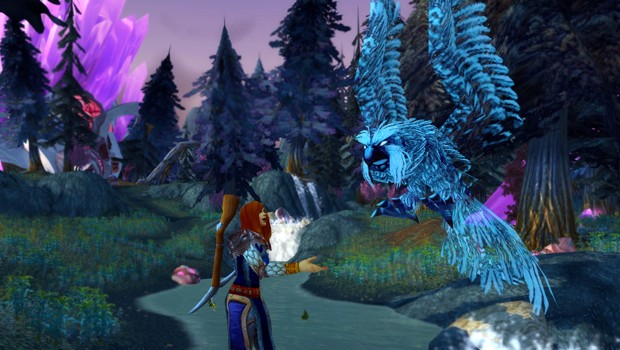 Play through the starting zones

In terms of basic leveling advice for a new Blood Elf or Draenei, my best advice is to complete the starting zones for those races, which are the most advanced and expansive zones ever made for early leveling. You could easily get a starting character to around level 18 or so without leaving those zones, so do every quest you can find before moving on.

There really isn’t any other starting zone in BCC that will let you just keep questing the way these zones will. They were so good that players of other races made their way to those zones and leveled in them.

Even though you’re trying to spend as much time leveling as possible, you’ll still need to run to town regularly to upgrade gear, learn new skills, and sell everything you’ve picked up to a vendor or on the Auction House. Here are some important upgrades to remember:

Make sure to keep your gear and abilities current — if you outlevel your gear by five levels you’ll start to notice a significant decline in your ability to kill stuff. If you don’t have a high level character funneling you gold or gear, you may not want to spend your hard-earned gold on Auction House gear — but if you happen on any cheap upgrades, they can be worthwhile. Killing things in the Classic era took a lot of time, and any edge you can get will help.

Gold will be your stumbling block for these upgrades, so any gold you can make along the way will be a big help. Ideally, you want to have enough gold for your level 40 mount as soon as you can. You’re also going to likely want an epic mount for Outland — going from 58 to 70 on a slow mount is not fun, because there’s a lot of stuff in Outland that’ll want to kill you. 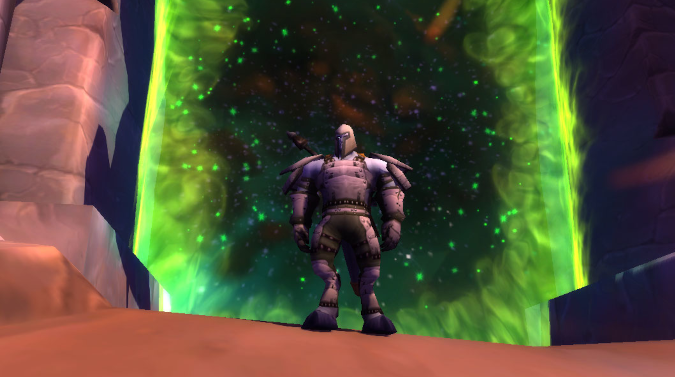 Get a little leveling help from your friends

Do you have high level friends who want that Paladin or Shaman for raiding in BCC? They can and should help boost you, so call on any Classic-playing friends you have so you can to speed through the levels.

A single level 60 can pull you through most dungeons pretty easily, and a couple of them will be able to clear every single dungeon in WoW Classic if they’re geared enough. If you’re in a guild that raided Naxxramas, it will be trivial to blow up even big dungeons like Stratholme and Lower/Upper Blackrock Spire, meaning that you should be able to just run through lower level dungeons and throw all the loot at your alt.

There’s absolutely no reason not to take advantage of this. I did it on my Draenei Shaman back in the day, because my wife wanted someone who could cast Heroism so she could tame a ghost wolf in a swamp.

So keep your head down, grind out those levels, and you’ll be level 70 in no time, ready to raid on your new Draenei Shaman or Blood Elf Paladin. Or Draenei Warrior or Blood Elf Rogue, or whatever classes you want to play.