The Queue: We don’t sleep at night 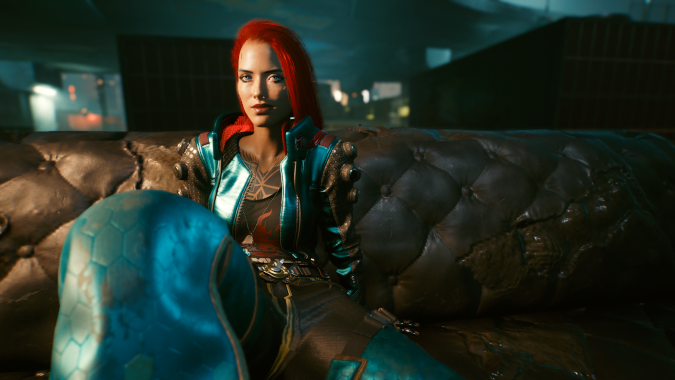 I mean, I’m literally not sleeping and am instead writing the Queue for this last Monday of May. Tomorrow is June 1, the launch of Burning Crusade Classic, and I’m almost certainly not gonna sleep once that goes live. I have a thing on Wednesday so Cory will be Queueing that day.

THARAVOL
Q4tPod/Queue: Any thoughts on the lack of digital releases for Exploring Azeroth and Folk and Fairy Tales? They’re gorgeous books, but I often prefer a digital option myself.

As a guy whose eyes are literally slowly exploding from the inside and which require repeated eye injections every six weeks just to maintain any ability to read at all, I greatly prefer digital releases and so I am disappointed.

Nope. When you log on to one of your WoW Classic characters after Burning Crusade Classic goes live, you’ll be asked if you want to play that character on a Classic era server, or a Burning Crusade Classic server. You can choose either one for free, or you can pay a fee to keep your character at level 60 and advance to 70 on a BCC server, essentially cloning your character. If you do not choose to do that at level 60, you will not be able to do it once you hit 70, and you can’t transfer a level 70 character to a Classic era server and become level 60 again.

You get a choice the first time you log in a character. That’s it.

Q4tQ: Out of the blue Ion tasks you with implementing boomerangs into the game. What specs would adjust and how would they utilize this new weapon?

I would make them an Allied Race. Horde gets Booterangs, Alliance gets BOOM-erangs, that are little Doctor Booms.

I’d make Boomerangs a ranged weapon, much the way throwing axes were. Since we still have them in WoW Classic, I’d just emulate that approach. They would replace your main hand weapon, and would be an emergency ranged option for melee classes. Specifically, Rogues and Warriors, who have no really great ranged options.

That moment when you’re reading an argument about D&D “lawful good,” and you start thinking what kind of law? Then, because you’re an old reporter, you suddenly realize just how diverse the alignment could be.

Honestly, I always go back to my favorite D&D Paladin, a 3E character. He was Lawful Good, of course, because you had to be. But he was also an alcoholic who loved to fight and would get into scrapes all the time, would drop everything to help anyone in need, and routinely opposed unjust laws. He routinely ran out of money and ended up in the drunk tank of the city that campaign was set in, which was fine by him as it meant he didn’t need to rent a room and they’d always let him out when some evil or another attacked the town.

He was very much Lawful — he lived up to his order’s code of conduct, he sacrificed of himself for the sick and defenseless, he respected rightful authority — never resisted arrest, always let them take him in. But he wasn’t beholden to the Duke and if he saw an injustice from a corrupt official he’d go after that guy, no matter what laws he tried to hide behind.

People have a hard time with Lawful Good because they focus on the Lawful part, think it means ‘is a stickler for the rules’ and kind of make that more important than the Good part. You can certainly play it that way, but think of it this way — both Superman and Batman would be Lawful Good. Both have broken the law because they believed justice was at stake.

Q4tQ: what’s a real-world animal that you think deserves more attention as a video game enemy? We’ve all heard of spiders and rats and bats and various other typical enemies, but what’s one that you think should show up more?

Depends on if you include prehistoric now-extinct animals in the ‘real animals’ category. I personally consider them to be so. If you do, then I would love to see a whole host of Therapsids show up, from the adorable Diictodon to the massive and powerful Anteosaurus. I love Therapsids, because they’re often mistaken for Dinosaurs or Reptiles but they’re actually more closely related to us — they’re members of the Synapsidia, which we mammals are also members of, and all mammals are technically Cynodonts, a Therapsid line.

There’s also a ton of prehistoric mammals I’d love to see, like giant ground sloths like Megatherium and the colossal rhinocerous relatives the Indricotheres, like Paraceratherium. Or the incredibly weird Chalicotheres, horse-relatives with big clawed limbs, some of which walked on their knuckles. Or the Enteleodonts like Daeodon, also known colloquially as ‘hell pigs’ although they’re not all that closely related to pigs.

But if you really want a living animal, Hippos are definitely a good choice. Very aggressive, capable of killing Nile Crocodiles with one bite, often attacking and sinking boats and otherwise being just incredibly dangerous. They’re also the closest living relatives of Cetaceans, and are the third largest terrestrial animal in the world, behind Elephants and some Rhinos. They have a fascinating evolutionary history, being descended from the now extinct Anthracotherium.

Also, thanks to a drug cartel kingpin, there are currently about a hundred Hippos in Columbia, where they are considered an invasive species. So yeah, I’d be cool with more Hippos in video games.

So that’s my Queue for the week, Anna has tomorrow, Cory is covering Wednesday, presumably Mitch is hitting Thursday and Liz will be here Friday. Be kind of them all, and to yourselves, too.

Blizzard Watch is made possible by people like you.
Please consider supporting our Patreon!
Filed Under: Hippos Are Scary
Advertisement