What moment from Warcraft lives rent-free in your head forever? 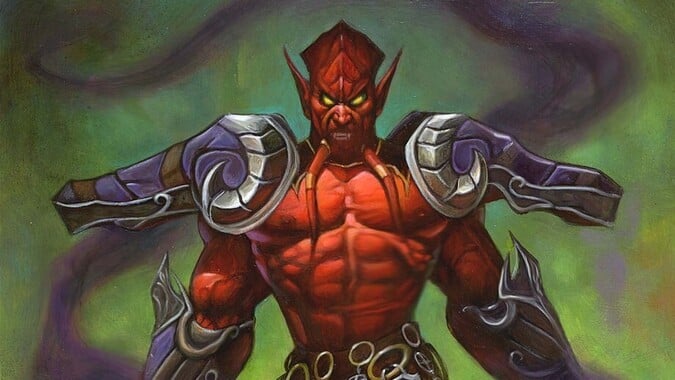 There are a ton of amazing moments that players have lived through in World of Warcraft’s long history. We’ve traveled to other planets, met archfiends and paragons of virtue, and watched as our planet was impaled by a giant sword the size of several skyscrapers. We’ve had long and storied careers, but of all of that, there are definitely moments that stand out more than others. Things that no matter what will happen you’ll never be able to evict them from your head — they’re living the good life in your frontal lobe.

There’s something about the Wrath of the Lich King raids. Each tier had a few bosses whose quotes have just become indelibly inked into my brain. Trial of the Crusader has Jarraxus, Ulduar has Thorim and his talk of mountains, and Icecrown has at least four or five different bosses that are all noteworthy. Sindragosa’s yelling about your pathetic magic betraaaaaaaaaaying you or Professor Putricide’s “good news, everyone! I’ve fixed the poison slime pipes.” But for me, the standout is Saurfang’s speech before you fight his son. Any time there’s a long monologue in anything now I just can’t help but think: “We named him Dranosh. It means ‘Heart of Draenor’ in Orcish. I would not let the warlocks take him…”

Eredar Lord of the Burning Legion!

More recently in the lead-up to Battle for Azeroth, we saw the Warbringers series of animated shorts. Jaina’s short — Daughter of the Sea — had her singing a hauntingly beautiful sea shanty in it. Since that video has come out, I don’t think there’s a single week that I haven’t listened to some version of that song. It’s the earworm to end all earworms. I can’t tell if it’s because of my love of sea shanties or Laura Bailey’s excellent singing — but it’s definitely got a nice three-bedroom apartment in my head.

How about you? Is there something a boss says that you’ll drop into a conversation at the drop of a hat? Can you not stop thinking about one of the cinematics from Warcraft? Can you quote Archmage Rhonin’s entire Dalaran speech?

Blizzard Watch is made possible by people like you.
Please consider supporting our Patreon!
Filed Under: Daughter Of The Sea, Jaina Sea Shanty, Jarraxus Eredar Lord Of The Burning Legion, Memorable Moments In Warcraft, Warbringers, We Named Him Dranosh
Advertisement