If you could play any race/class combination in World of Warcraft, which one would you most want to play? 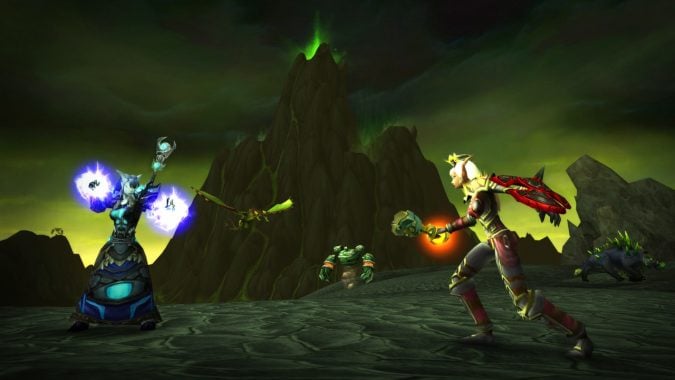 Let’s get right down to it — if Blizzard said okay, let’s just go nuts, play anything you want what would you do? Is there a race/class combination you’ve always wanted — Blood Elf Druid, Draenei Warlock, Tauren Rogue, Human Shaman — and just haven’t been able to make because it’s not in the game? For myself, I very much want to play a Night Elf Paladin, especially ever since someone suggested to the Blizzard Watch Podcast that Night Elf Paladins could come out of the Night Warrior power that Tyrande is channeling as a way to save her life — just as the Blood Elves have Blood Knights, Tauren have Sunwalkers, and Draenei have Vindicators, wouldn’t it be cool if Nelf Pallies were Night Warriors?

I mean, okay, technically my Night Elf is a Night Warrior but you know what I mean.

Similarly, we’ve seen that Orcs are extremely skilled fighters and they have a strong spiritual connection via Shamans, but after all this time on Azeroth exposed to new ideas, couldn’t we get Orc Priests? I mean, I think it would be kind of cool to see a new kind of spiritual growth and development among the Orcish people, and I’d like to see how they would personally touch into the Holy Light and Void, with their experiences with Oshu’gun to guide them. Orcs could be a whole new kind of priests, dealing with their ancestor spirits and the world in a new way that draws upon Orcish tradition but realizes it in an entirely new way.

So those are my suggestions for the race/class combos I’d most like to see, but what about y’all? Is there a specific combination you’ve always wanted to play but haven’t been able to? Are you just dying for Troll Demon Hunters? Human Druids? Seriously, if Kul Tirans can be Druids and Shaman, Humans should be able to be both of those.