How to obtain the Ethereal Recollection Feat of Strength in Diablo 3 Season 24, unlocking Ethereal transmogs 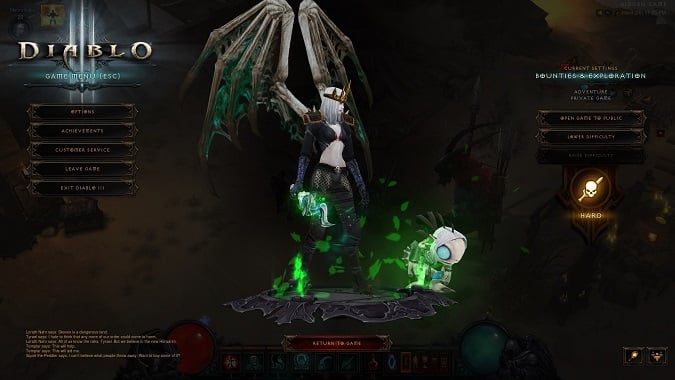 Diablo 3 Season 24 brings us a new class of items for the duration of the season — Ethereals, adapted from the Diablo 2 items. But if you collect all 21, you receive a unique Feat of Strength achievement: “Ethereal Recollection.” This seasonal achievement is just darn cool because Feats of Strength are reserved for special events — but also because getting it will unlock the ability to transmog your weapons to Ethereal items beyond the end of the Season.

But how do you manage to earn this achievement? Feats of Strength are supposed to be hard, right?

This one will take you some time, but it’s not too difficult. Getting every Ethereal isn’t something you can do immediately: the easiest way to collect all 21 Ethereal items is to create a character of each class and start farming. There are farming spots that are more likely to drop Legendary items, including Ethereals, but you’re still wrangling with RNG. Even with the very best drop luck, you’ll be farming a while, and (probably most frustratingly) Ethereals for other classes can drop on whatever you’re playing. Great fun if you’re a Demon Hunter with a Crusader’s Ethereal Caduceus.

These are the Ethereal weapons you’re looking for with each class:

The devs have re-purposed a few of the base legendary items (those without a legendary power) for Ethereals, so don’t stress if some of these names look familiar.

But how in the heck are you going to get them all? There are a couple of different ways, but I recommend you start this process after you’ve leveled the main character you’re going to play, as you can craft some useful gear for survival and level up a Gem of Ease Rank 25 to make it easier to level new characters of each class. Not only does it increase the amount of experience you gain on these characters,  but a Rank 25 Gem of Ease will let you use a level 70 weapon with a socket at any level, including level 1! While you can get the achievement without the gem, it’s a big power boost.

When you’re ready to start farming, here’s the general process:

If you truly don’t dig on Adventure Mode, Act Bosses automatically drop a legendary item in Story Mode. Fair warning, this is by far the slowest method when it comes to farming Ethereals, but slow and steady will unlock the achievement eventually.