The Queue: The violent overthrow of tyranny is the essence of liberty 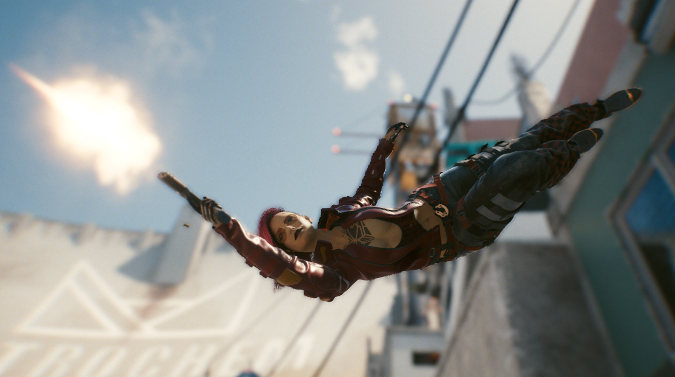 In yesterday’s Queue, a hellish vision of evil was presented to us wherein I, and others of my ilk, would have been bound into actually having to participate in Pet Battles. The only way to prevent such a nightmare was to overthrow the tyrant responsible and seize control of the Queue, and I have now done so. Tomorrow we march forward into a bright future where nobody has to know anything about why a little turnip can somehow fight a werewolf and a sparkly dragon and come out victorious.

Pet Battles will always be the best system in WoW entirely because I never, ever have to take part in them.

Q4tQ: How would you feel about having LESS story/lore in the game?

I’m not going to go off on a multi-paragraph screed about this, though — everyone has different tastes and different focuses in what they play games for.

Plus, the rest of the Queue will have plenty of those, believe me.

I am a very narrative focused player — I enjoy the story, I obsess over the implications of it, the second a new story element is introduced I think about what it means, what it could mean, what it would mean for other elements of the story, etc etc. Finding out the Jailer has been subtly manipulating events for millennia doesn’t harm my enjoyment of the story at all, for example, it instead makes me wonder about his motivations and how others will be affected by the reveal of the whole story.

Honestly, this is the stuff that keeps me playing. So no, I wouldn’t like it.

You know, I stopped reading Robert Jordan when I realized that he had discovered the Wheel of Time was a gravy train, and, so, he had no inclination to actually resolve anything. He was going to stretch it out to infinity. And, when the prequels started coming out in lieu of that actual story advance, I somewhat callously told myself that the universe is going to kill before he finishes it.

WoW, when it comes to gameplay, I’m good with it. But, it’s become like watching the Flash after the first season. There was something brilliant about it at the start, but it turned out to be just a lucky coincidence that good narrative choices and great acting matched up. But, after that point, it turned into a dumpster fire.

He wanted to try and leave something behind for his family, in an industry where most writers get paid almost nothing and literally everyone comes out of the woodwork with dull kitchen knives to carve up every aspect of work you spent years pouring your whole heart and soul into. He started the series in 1984, and that was after having served two terms in Vietnam wherein he earned the Distinguished Flying Cross and Bronze Star, earning a degree in physics and working for the Navy as a Nuclear Engineer.

Writing was something he did because he loved it. It was a passion. And it is hell trying to make your passion support being alive in this world where nothing is considered but profit.

I say this as someone who was never a fan of Jordan. I didn’t like the westerns he wrote, or his historical thrillers, or his fantasy fiction. I got what he was trying to do and it wasn’t for me. But I don’t sneer at him for it. And considering he deliberately sat down and wrote detailed notes on how he wanted the story to end because he knew he would die before he finished it, I really don’t feel like he was trying to stretch it out to infinity.

I feel like he was racing the clock trying to get it all done, in an industry that demands series — that essentially hammers you into doing what he did, because anything less is essentially career suicide. Blaming Jordan for that instead of the massive corporations that dominate publishing and the fan base that will only buy books if they’re part seven of Insert Series Name Here and will ignore the dozens of newer works by newer authors because they’re not The Biggest and Longest Epic Yet is, to my eyes, counterproductive.

As for your take on WoW‘s story, I don’t agree with it. But my answer to Arthonos below kind of deals with that, so I’ll just kill two birds with one stone.

I really hope I’m wrong about Anduin, but I really am getting a sinking feeling that Blizz tossed their idea for a much more interesting story arc. 8.3 and Shadows Rising seemed to be laying the ground work for a Light vs Void conflict within a single character, something that as a Shadow Priest I’ve been dying to see for over a decade. Something to prove that Shadow Priests can do something in the game besides be insane cultists to be cut down for quests.

However Shadowlands has swerved hard left with his story, I have no idea where it is going, and instead of enjoying the ride I’m just hoping this car crash is something Anduin can walk away from.

Am… am I the only person excited by the story?

My enthusiasm for WoW has waned due to the recent news about the culture at the company and just how bad it really was, and frankly with my wife unable to play I was less motivated than I have been in previous years. But for me, the end of the Sanctum of Domination has me deeply interested.

We have been saying for years that we wanted an expansion where the villains actually won. They’re literally giving it to us. The Jailer doesn’t hold the idiot ball and explain everything to us so we can thwart him — he has his plan and he’s executing it, and the second anyone turns on him, he deals with them and moves on with his plan. I mean, he not only expected Sylvanas to turn on him, he very deliberately provoked her into doing so at the exact moment he was his most powerful in eons so he could hit her with a fate worse than death.

We always hear show, don’t tell but based on the response to this part of Shadowlands — which was again delayed by a monumental crisis that required a complete retooling of the way Blizzard makes games and was a miracle we even got it at all — I’m really starting to wonder if people actually need a lot more exposition than they’re willing to admit.

As for Anduin and his ultimate fate, I mean, I have no idea what it is. That’s something I enjoy about this expansion. For once, I don’t look at it and immediately know what’s going to happen. Some things I can see — I’m cynical enough that I knew they wouldn’t let Sylvanas die, for example, but I also think that’s a good decision on their part — but there are elements like the Drust, what Zovaal actually intends to do to realize his vision, and how all of the Shadowlands ties together that fascinate me.

After expansions like Warlords and Legion which offered me few, if any, surprises I’m actually really curious to see where this ends. Shadowlands has actually gotten me interested again after the bad taste Battle for Azeroth‘s opening left in my mouth.

I’d say something mean about Shadow Priests here because Mitch is up tomorrow, but I don’t really have any animus against that spec. I hope you get a Shadow Priest story you  like, maybe Natalie Seline could come back and do stuff.

Okay, that’s the Queue for today. Long answers, sorry about that. I’m really passionate about the publishing industry, for obvious reasons.

Blizzard Watch is made possible by people like you.
Please consider supporting our Patreon!
Filed Under: Narrative
Advertisement