The Queue: Heterodoxy and Uchronia 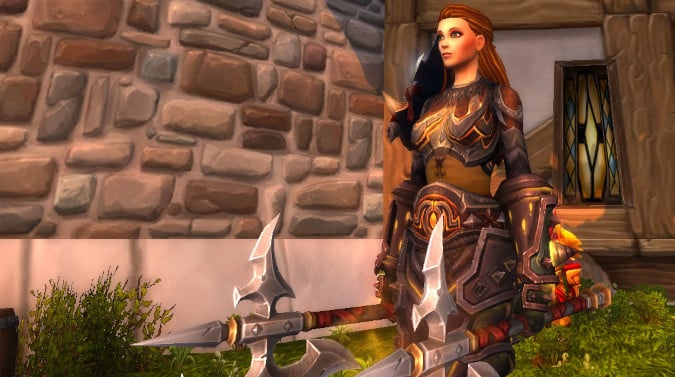 I really worry sometimes that I’m reflexively at odds with whatever seems to me the most popular or prevailing attitude about things in a reflexive manner. Opposing things simply because other people believe them is no better than embracing them simply because everyone else does, after all. Your opinions should be the result of time and rumination, not simply to be contrary. I’ve often been opposed to nostalgia and group thinks, but I see others out in the world today being reflexively opposed to things that are, by and large, so overwhelmingly true that one has to really go through mental gymnastics to disbelieve them, and I never want to be like that.

Heterodoxy shouldn’t be habitual, after all. It leads to rejecting popular ideas simply because they are popular, and not based on their relative merits or lack thereof, something I would not want to indulge in.

It’s early in the morning and I’ve got my playlist of writing music on repeat, so let’s do this. Let’s Queue this? That feels kind of corny.

You aren’t the only one, Rossi

In all sincerity, seeing this in the Queue comments as I got up to write this one made me feel a little bit better. Thank you, Soeroah.

Q4tQ: What is the best possible outcome for the Jailer “unmaking our reality”? We do know that there are certain rules the first ones must have established, and one of them was to create a boundary to keep the Void Lords out. Perhaps the Jailer’s plan to create a new reality in which Death is the dominant power fails, yet alters reality enough to ensure that the boundary crumbles, and we finally get our Cosmic War expansion. =D

Is a Cosmic War what people want? Yesterday, the consensus seemed pretty determined to get an expansion where the stakes were less cosmic, where the narrative focused on smaller, more self-contained story beats and less ‘look, astonishing and impersonal cosmic forces are fighting again and I am an ant insignificant in the path of their roiling, churning battlefield’ kind of things. I mean, if you want a story that’s immediately understandable and doesn’t make you wait for further revelations down the road, a cosmic war does not seem like it would be that.

Perhaps I misunderstood the critique of Zovaal and the Shadowlands expansion as a whole, but if you want a story that makes more personal story elements, a war between Void and Light, or Light vs Fel vs Arcane vs Void in a cosmic free for all doesn’t seem like it would be that.

As for the First Ones and what they did or didn’t do, honestly, my best outcome for Zovaal’s plan is that we find out who they were and what they had to do with the creation of the cosmos.

Yes, Matt, you’re the only one.
And whaddya mean by “we” have been asking for a villian win for years? We, who? Sure as HELL doesn’t include me. Or people like me. We’re sick unto death of evil and greed and corruption and bigotry winning, and winning, and winning. I’ve been yelling about it, my whole damned life, like Tyrande before someone threw an invisible switch and she, mirabile dictu!, went back to being sweet. In life, in game, wherever I look. Sick of it.

But Soeroah said I wasn’t.

I don’t think the thing you are talking about is what I’m talking about. The idea of ‘the villain winning’ isn’t that I want the game to drown in chaos and bigotry forever, it’s that I want a narrative where there’s a feeling of stakes, where the actions of my character matter.

It’s like the old argument that if Indiana Jones had done nothing, the Germans would have kept digging in the wrong spot, because they only had half of the instructions from Professor Ravenwood’s staff head and thus would never have found the Arc. Furthermore, once the Nazis had the Arc, opening it just killed them all anyway, so stopping them from finding it in the first place was a pointless exercise on Indy’s part.

I am not going to tell you I agree with that narrative — if Indy hadn’t gotten involved, Marian might have died, for example. But I understand why people would argue for it, and I don’t personally enjoy a story where it feels like nothing I do matters, like all these big lore figures would just solve everything if not for me and my character.

Zovaal is clearly outmaneuvering all of the Thralls and Jainas and Bolvars this time around, and I like that — I like feeling like it actually is down to me. That doesn’t mean I enjoy, as an example, the burning of Teldrassil. I almost stopped playing over it, really. But for the first time in a while it feels like what I’m doing actually matters, at least to me.

And as for who the ‘we’ are, well, as Tristan2004 pointed out, it’s been a pretty consistent narrative in the comments here that it’s boring that we always win. No, of course that’s not a universal opinion, but it is a prevalent one, and it’s one I saw quite often.

QftQ: What is the best and the worst ending for any extended fiction you’ve read? Best for me, is Lord of the Rings. Not optimal, but I see it.

Have you read Julian May’s Saga of Pliocene Exile? The character of Marc Remillard is essentially the ultimate bad guy in the series, the Adversary of the fourth novel The Adversary, and a powerful force to be reckoned with.

At the end of the story, when King Aiken Drum is about to send Marc’s two children back into the future to escape him, and has seemingly all the cards to win against Marc and his Firvulag allies — the book’s a take on the fey and the firbolgs of Celtic myth as space aliens, basically, in addition to the time travel and fighting psychics thing — there’s a moment where Marc shows exactly why he’s the Adversary, and successfully defeats everyone in one stroke. And when he does it, he steps out of his black sarcophagus that increases his mental powers, faces the woman he’s been kind of flirting with all book, and says the absolute perfect line.

It’s the perfect ending, and the way he then betrays the very allies that got him to that point is just brilliantly encapsulating of the character and his machinations. I’ve always loved it.

Can’t really think of a ‘worst ending’ though.

Sorry, Krald, I couldn’t get your image of the original cast of Sliders to work.

Anyway, What if? was a comic series at Marvel going back to the late 70’s. It predates Sliders by almost 20 years. I think if you’re looking for something that has the same basic energy as What if? that predated it, you’re looking at Avram Davison’s Adventures in Unhistory, or maybe Jack Finney‘s The Third Level or Keith Robert’s Pavane or Phillip K. Dick’s The Man in the High Castle.

Truth be told, there have been quite a few alternate history stories over the years, from Stirling’s Domination of the Draka books to Warlords of Draenor. I mean, there’s even a word in English for it — Uchronia, derived from the Greek, meaning ‘no time’.

What if? doesn’t own the concept, heck, it’s basically just DC’s old imaginary stories concept where they basically did Elseworld comics before Elseworlds was anything. Heck, Winston Churchill once wrote an essay from the perspective of a world where the South won the Civil War, and there were stories written by authors like Nathaniel Hawthorme about people who could see an alternate world where history had unfolded differently.

I’m kind of a nerd for alternate history stuff, I even wrote three books that deal with it.

That’s a fair point, Eno. I mean, it’s gonna be weird if McCree is suddenly named something else, but based on what happened yesterday it seems almost certain to happen.

Okay, that’s the Queue for today. Like I said earlier, I often wonder if I’m just a reactionary old grump, disagreeing just to disagree, but writing this Queue has made me really examine my opinions and I don’t think I’m being heterodox for its own sake in discussing Shadowlands as a story. Whether I simply have too much goodwill, or I’m legitimately excited at the idea of a slower expansion reveal, time will tell.

Blizzard Watch is made possible by people like you.
Please consider supporting our Patreon!
Filed Under: Uchronia
Advertisement