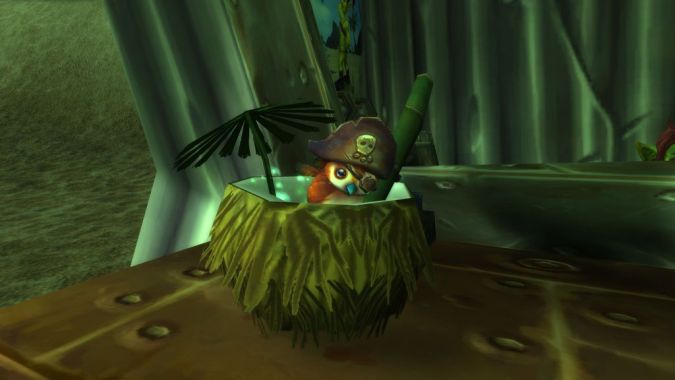 Remember Pepe, the cute bird that WoW players first became obsessed with back in 2014 and 2015? Pepe’s had a series of cosmetics added since his first appearance in the game, and patch 9.1 only continued that tradition. Each character in a Covenant that reaches Renown 56 unlocks a new Covenant-themed Pepe costume. This will add an item to the character’s bag called A Tiny [Something] — a Pair of Wings for Kyrian, a Vial of Slime for Necrolords, a Winter Staff for Night Fae, or a Sinstone for Venthyr. Look closely, as it is easy to miss.

Of course, what happens if you get one of these but don’t have Pepe? You will need a Trans-Dimensional Bird Whistle to summon him to your head for an hour. And to receive this toy, you need an achievement that, while not hard to obtain now, is not exactly obvious to find. So, fire up your Garrison Hearthstone, because it’s time to head back to the Alternate Universe of Draenor. 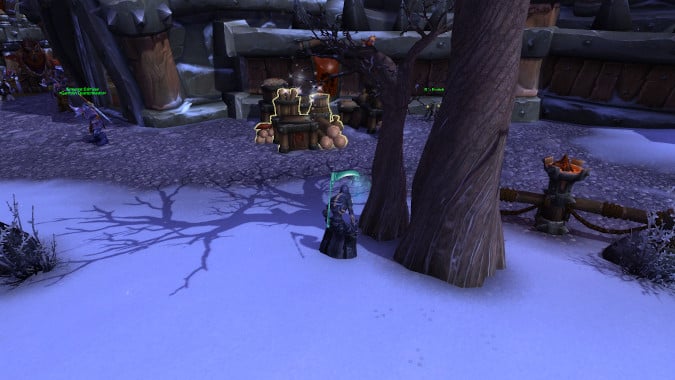 How to get the hour-long Pepe buff for What a Strange, Interdimensional Trip It’s Been

We’ve previously broken this process down into more detail, but the short versions is that Pepe will always be in a tree in your Garrison. The most important factor to note is that Pepe hides in a different location depending on the level of your Garrison. Once you locate Pepe perched on his favorite tree, you’ll need to click him to make sure you receive the temporary “there’s a bird on my head” buff.

This is pretty easy if you have flying — though it’s also possible by jumping and clicking like in the olden days. Another important note, while there are other Pepes in the world that will put a Pepe buff on your head, these will not count towards the achievement — only Pepe from the Garrison. With this buff, let’s start killing bosses. 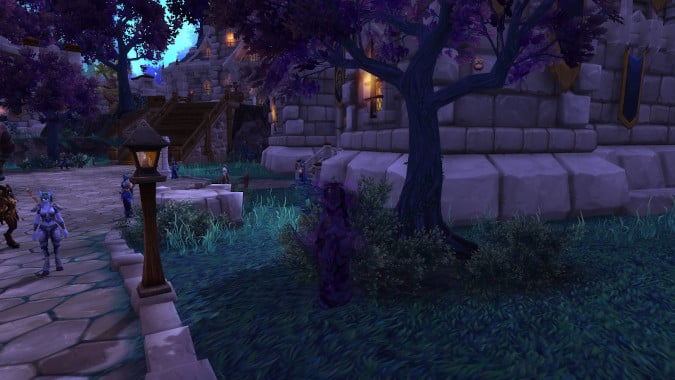 Where to find all the bosses for the Pepe achievement

To obtain the Trans-Dimensional Bird Whistle, you need to complete the achievement What a Strange, Interdimensional Trip It’s Been. To complete this, click on Pepe, have him on your head, and head out to kill some Warlords-era bosses. Keep in mind, the temporary Pepe buff only lasts one hour — if you run out of time or lose it for any reason, you’ll need to head back to your Garrison to re-apply the buff.

Here’s everything you’ll need to clear with the tiny little birb on your head:

Now that you have your permanent bird whistle, all that’s left is to make him look amazing. Naturally, that means accessorizing! 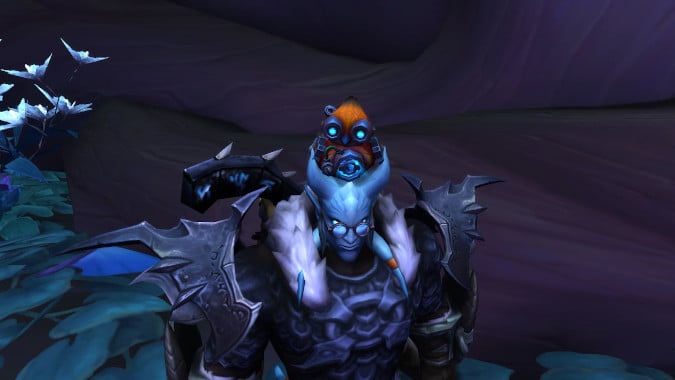 All the cosmetics for Pepe

Pepe is cute, but is he worth the trouble to click and re-click over and over just to head out and kill old bosses? In case he wasn’t, cosmetics were added to make him even more cute. The only problem is he wears these randomly when summoned, and the more that are collected, the less likely he is wearing your favorite. I love the Clockwork version from Mechagon, and wish I could only summon that version of him. But alas, he wears what he feels like at that moment.

In Warlords, Pepe was given Ninja, Knight, Viking, Pirate, and Scarecrow costumes. In Legion, all he received was the Traveler costume, reminiscent of the Recruit-a-Friend themed gear players could receive. Demon Hunters could also buy Demon Hunter Pepe from their Order Halls. In BFA, Blizzard added a bit more, with the Robot Pepe (my personal favorite), a Zandalari Voodoo Mask, and a Diving Helmet, to go underwater. He also has a Winterveil Hat. It was nice to see him receive four new costumes based on the Covenants in Shadowlands, even if only one character could unlock each one easily.

Pepe is a creation of an artist at Blizzard, Jordan Powers (no relation, as far as I know), who created Pepe as a student for a 3D project. Pepe became a signature of sorts. Eventually, Pepe was added to the Garrison in Warlords as a fun, little nod to his friend. It was a great decision, because it was one of the more memorable parts of Warlords, and still lives on as a lasting aspect of the expansion.