How to win the A Recipe United Hearthstone Tavern Brawl 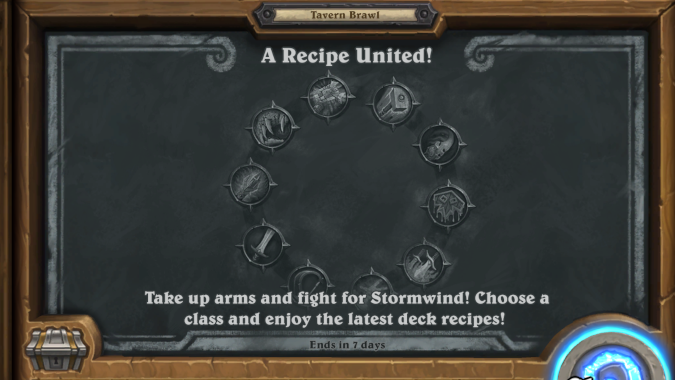 Hi, it’s Gus Ferrari back again, and today we’re talking the Triple D Camaro over to Stormwind to check out a great little place in the Dwarven District. I hear they’re grilling up some of the best Beer Basted Boar Ribs you’ve ever had. Whatcha want to do is start with a fresh Crag Boar Rib, then prepare your best Rhapsody Malt and use that as your marinade. Let that rest ove night and fire up your grill — all the dwarves will be coming to this cookout.

And while you’re at, try all ten deck recipes from the Hearthstone’s A Recipe United Tavern Brawl!

This week’s Tavern Brawl is an introduction to the United in Stormwind expansion. In this Brawl, you’ll get to try out some of the United in Stormwind expansion’s interesting deck recipes — and win a card pack in the process. It’s a modified version of An Outlandish Recipe, which introduced the Ashes of Outland expansion, and the Recipe of Tenacity, which introduced the Forged in the Barrens expansion. If you haven’t had a chance to play some of the expansion’s popular decks, this Brawl will let you give expansion a trial run.

For this Brawl, you choose your class and you’re assigned their deck recipe. These are premade decks, and the same decks you’ll find on the deck creation screen. The big difference in the Brawl is you get the deck with all the cards regardless of whether you own them or not. You’ll have every Legendary and Epic card you need in the deck.

Each class has a recipe meant to give players a good introduction to how the class will play in United in Stormwind. This would have probably been a bit more useful earlier on in the expansion. Releasing the Brawl a month after the expansion launched is an odd choice. 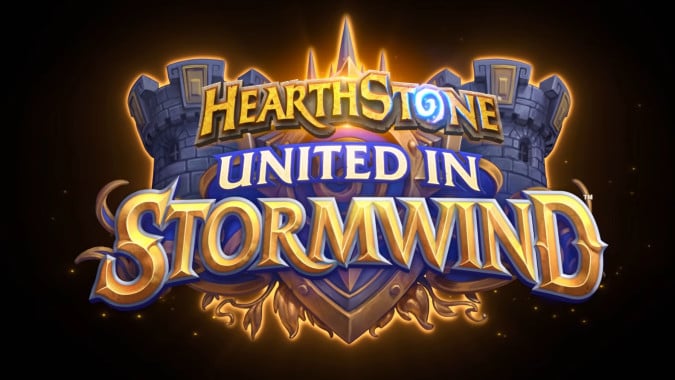 How to win A Recipe United Tavern Brawl

You need to be familiar with each deck, with some knowledge of both your and your opponent’s. Most decks are built around the new multi-stage Quests introduced in United in Stormwind. If you are playing a Quest-based deck, its better to go first and aim to execute your Quest faster than your opponent. If you’re playing one of the non-Quest based deck, stick to its game plan as detailed below. These deck emulate the hyper fast meta of the ladder so whatever you do, be sure to keep pressure on your opponent at all times. 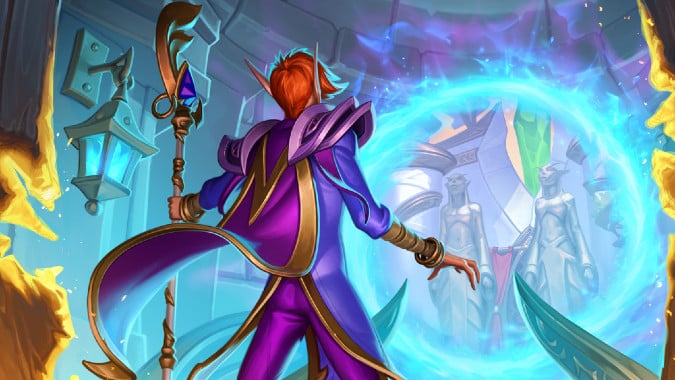 If you want to win, try playing play Warlock, just like the ladder. But if you’re struggling, try the class you’re most comfortable with and hope for the best. There’s no rank to lose, so don’t be afraid to conceded if the game isn’t going your way. Like most Brawls, if you keep at, you’ll eventually get your win and get your Year of Phoenix pack.

If you’ll allow me a moment to jump on my soapbox. As a free to play player, this Brawl is great. It gives me a taste of what these decks play like. The problem is once the Brawl is over, I can’t play them anymore because I don’t have the cards. I say this as a player who spent 5000g on packs at the beginning of the expansion, and bought the mini-set.

Perhaps more players would be more interested in the ladder if Hearthstone increased the amount of Epics and Legendary cards they awarded from packs so they could play decks like this beyond this one Brawl.

But for the meantime, this Brawl gives you a good look at today’s Hearthstone meta.