Remastered cinematics for Diablo 2: Resurrected are staggeringly beautiful remakes of the originals 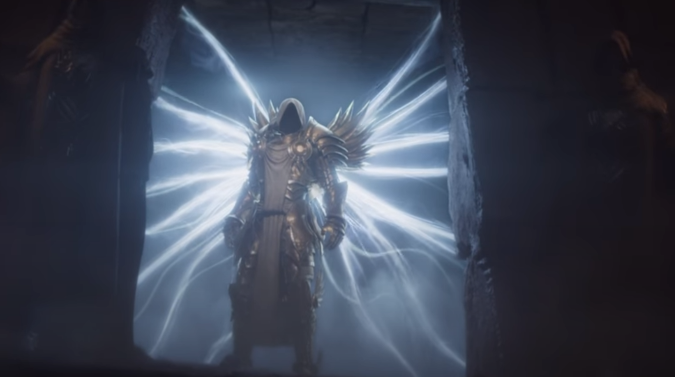 One of the most dramatic updates in Diablo 2: Resurrected is remastered versions of the game’s cinematics, which follow the originals frame for frame, but in high resolution that brings out details you never noticed before. I’m impressed by what I’ll call cinematography, even though these weren’t filmed, because it’s the best way to convey the over the top cinematic vibe of the remastered scenes. These updated cinematics are ably assisted by the original voice acting — it’s all the same sound files as the originals, only the graphics are updated.

How updated? You should really watch them yourself to find out — and if you haven’t picked up the remaster, you can still enjoy the cinematics on YouTube.

Compare that to the original Act 1 cinematic, and you’ll get a sense of just how different and visually improved the remastered cinematics really are. It’s an amazing bit of work from Blizzard’s cinematics team and one I’m sure they’re proud of — they definitely should be.

And these cinematics aren’t  just scenes of people sitting around and talking, although man, Marius here really can go on. The scene of the Dark Wanderer entering the Rogue’s Citadel and the explosion of fire and chaos he causes is so spectacularly improved that it’s almost not even the same scene anymore. What was once a confusing jumble of pixelated images is now a crisp, almost vibrantly detailed scene of horror and madness given form. You want a nightmarish vortex of fire and death? 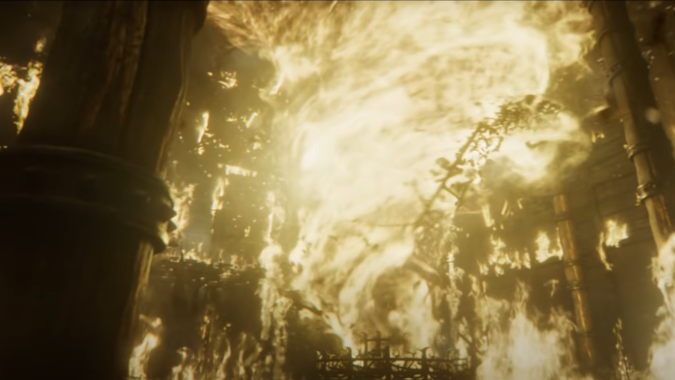 And the Act 2 cinematic is just as impressive. The scene of Tal Rasha in the crypt is so much better now that it’s kind of hard to encapsulate just how much better it is. (Check out the original Act 2 cinematic to compare it for yourself.) The faces are far clearer and more expressive, the presence of Tyrael far more alien and foreboding, the final fate of Tal Rasha more gruesome and disturbing for the ability to really see his face and knowing what’s going on under the skin there.

Blizzard hasn’t officially put cinematics for Acts 3, 4 and 5, online, but Wowhead has, and they’re just as impressive. It should go without saying that there are spoilers for a 20 year old game in these videos, but I feel like we have to put them up. I mean, if you played the original Diablo 2, you’ll be shocked at how much cleaner these are.

Look, without wanting to dump a ton of spoilers on you, all I can really say about the Act 3 cinematic is that it really highlights how one man can make a series of ever escalating bad choices, and those bad choices can eventually become so bad that they lead up to the destruction of the world. Or at least almost, if not for the heroic actions of a brave hero (or heroes if you’re playing multiplayer).

What’s really amazing in this cinematic is getting to see Tyrael in action throughout these cleaner, clearer, and more detailed cinematics. We didn’t get to see Tyrael as Tyrael much in Diablo 3, due to that whole pesky giving up his Angel-ness thing. But in D2R it’s y’boy T, flying around with those giant glowing whips for wings and just throwing down with the big D in his unfortunate meat body.

And yes, of course, Marius makes yet another in a series of truly awful decisions. I mean, come on, Marius, that guy was absolutely the last person you should have ever listened to.

Act 4 starts off with Tyrael having actually trusted Marius to do something. That turns out to have been a mistake, but it’s hard to blame the guy — watching the Wanderer finally become Diablo, with those giant bony spikes erupting from his tattered body, and this time really getting to see it in more than pixelated blocks, I’m not sure how Marius kept the contents of his bladder within it.

As for the end of Act 4, the cinematic here does an amazing job of combining the old vocal tracks with the new animations in a seamless and frankly amazing bit of cinematography, preserving the original game’s version of the final scene with Marius — and really, it wouldn’t be a cinematic with Marius in it without the man making absolutely the wrong choice one last time — and the visitor who started all of this.

The effect of this entire scene — the way it’s composed, the exceptional moment wherein we discover Marius really should have asked for ID before just handing over a soulstone to some random person who showed up and never claimed to be Tyrael, the really beautifully realized end with the flames writhing throughout whatever asylum or sickhouse Marius has been confined to up until this moment — it’s all very well done.

So yeah, the heroes of Sanctuary succeeded in destroying Diablo and Mephisto’s Soulstones. Meanwhile, as we saw above, Marius coughed his up to Baal, who rewarded him with a unique and likely painful death, then set the whole place on fire, and then went up to Mount Arreat where he grew a couple pair of insect-adjacent legs in his hijacked body, then besieged the place. What’s really great in this particular cinematic are the faces, the way they’re animated, the resignation on the Barbarian elder and the mirth on Baal’s face as he annihilates him.

And it all ends in one of the most iconic scenes in the history of the Diablo series.

This is quite frankly such a drastic improvement over the previous version that I’m left almost speechless. Watching as Tyrael prepares to destroy the Worldstone, and in so doing remove the one thing the Angels and Demons have been fighting over since the dawn of time, is heightened by the play of light and darkness in this scene. The way Tyrael’s wings writhe as he meditates, calling upon all the power of his very nature as an Archangel. The way the music grows ever more tense, notes clambering over each other like the tumbling stones around the Worldstone itself.

And the image of Tyrael’s sword twirling in the air as he throws it at the Worldstone, knowing that everything is about to change, it’s just haunting and so well done, if it were filmed I’d say it was a perfect shot.

So here you have it — some of the best narrative moments in a computer game, remastered and made wholly new and amazing for this remaster’s release.