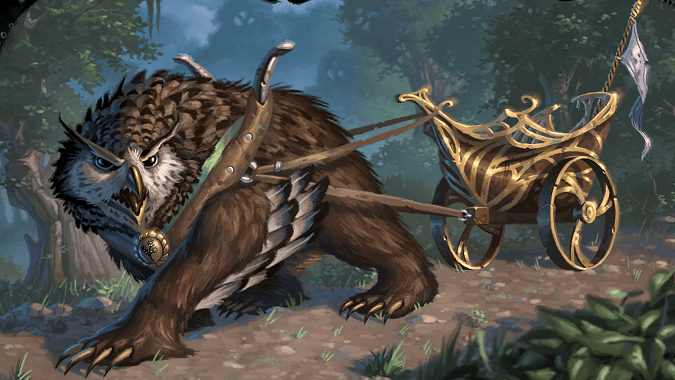 The Wild Beyond the Witchlight is the latest adventure for Dungeons and Dragons 5th Edition to be published by Wizards of the Coast, and if you’re a fan of tales set in a faerie realm then this one is for you. Starting from the mischievous carnival of Witchlight and wandering hither, thither, and yon through the Feywild realm of Prismeer, The Wild Beyond the Witchlight provides an ideal starting experience for both players and DMs as it’s designed around using wits instead of weapons to solve many of the problems your group encounters.

At the center of the adventure are three new factions with an old school twist — factions that are designated for Prismeer but frankly are perfect foils and allies for any introductory campaign. If you’re not planning on running The Wild Beyond the Witchlight — perhaps you’ve picked up Domains of Delight to craft your own Feywild realm, or prefer a different published or homebrew setting to run for new players — you may want to consider incorporating these NPCs from appendix B of the adventure. 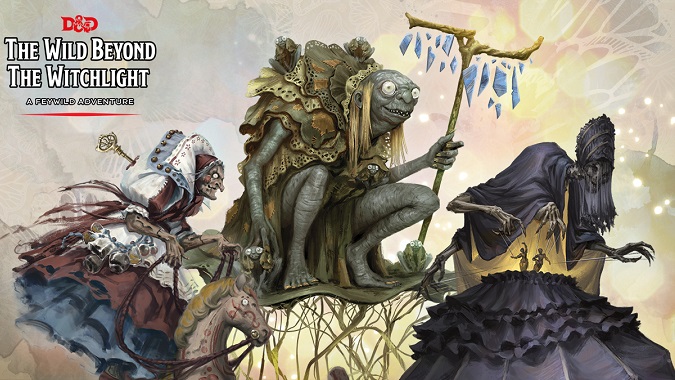 The fantasy trope of three witches or hags gathered around a cauldron and dispensing prophecies or curses is a well-represented one, featuring in a wide variety of media from Shakespeare’s Macbeth to the Bette Midler-starring Hocus Pocus. The three sisters take some inspiration from the Fates of Greek Mythology or the Norns of Norse Mythology, although their division into representations of past, present, and future is more about personality than it is power.

Where the Hourglass Coven differs from their spiritual genre forebears is that these daughers of Baba Yaga really can’t stand each other, and are constantly waging endless schemes and treacheries against one another. When together they’re powerful, but the only times they are together is when they’re plotting against the absent sister, or when one is forced to flee for safety by the adventurers. As a DM, this gives you the perfect opportunity to introduce a significant threat to new players without worrying about a total party kill — the players are way too valuable as potential pawns in the latest scheme to cast aside. 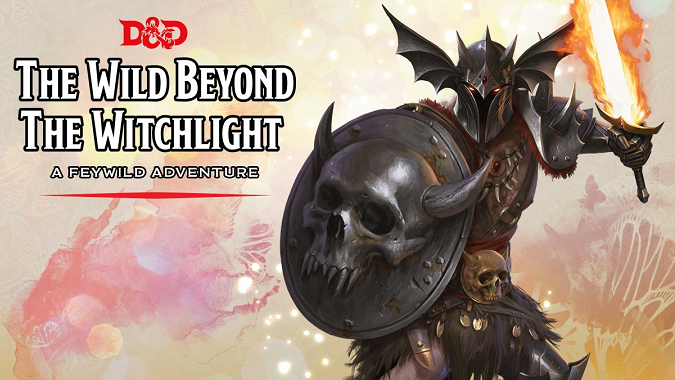 In the early days of tabletop roleplaying games, the good guys and bad guys were clearly delineated — the former wore silver and white and helped orphans cross the street, and the latter wore black outfits with lots of skulls and jaywalked without checking for traffic. Fortunately the fantasy genre has evolved to be less dogmatic, but new players may find it refreshing while navigating all the nuances of the game for a set of villains that are clearly not there to be your friend.

The League of Malevolence resurrects some of the oldest villains from D&D lore, including the sorcerer Kelek (who appeared in the classic animated show) and the fan favorite swordsman Warduke. Unlike the Hourglass Coven, the League of Malevolence ostensibly works together, so they can provide quite the challenge for your players, so they’re good to have working for one of the members of the Coven (and thus instructed not to break potential toys) or as a way of introducing good NPCs to assist the player characters. 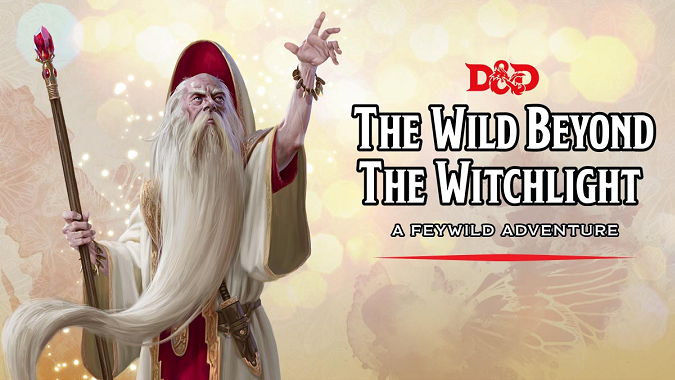 The mirror image of the League of Malevolence, the Valor’s Call is an extended group of good-aligned champions that can be inserted into your campaign to deal with any evil the characters are having issues defeating. Led by the classic paladin Strongheart and Kelek’s archnemesis the wizard Ringlerun, Valor’s Call are best introduced early to your players to provide an idea of how a party can work together to stop the villains. A chance encounter where they assist you in fighting off the League of Malevolence (who, being classic villains, run off to fight another day) can raise the stakes of the campaign without risking the party.

Don’t turn them into a Deus ex machina, though; if they rescue your players too often it can cheapen the experience. Instead, have them assist directly once and thereafter be a steady reliable source of quests and patronage to the adventurers while they grow in power. After enough time spent saving the world, perhaps Valor’s Call will invite them to become full members, ready to join the fight and overthrow the League of Malevolence or the Hourglass Coven once and for all.

Blizzard Watch is made possible by people like you.
Please consider supporting our Patreon!
Filed Under: DnD, Hourglass Coven, League Of Malevolence, The Wild Beyond The Witchlight, Valor’s Call
Advertisement