The Queue: Time to rest 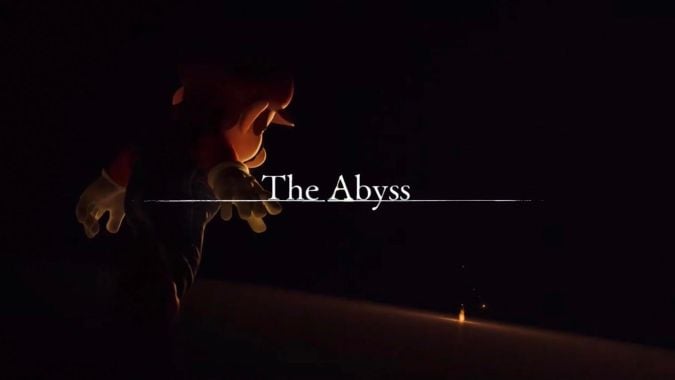 This year just kind of keeps dragging on, and most days feel like other days. To wit, this entire week has felt like it should be one day ahead. But it is not, in fact, Friday — it’s Thursday. And you know what that means.

We’re gonna have a Queue.

RJAGODA STARTS US OFF WITH SOMETHING MOST PEOPLE WILL HAVE FEELINGS ON:

Give me your prediction for patch 9.2. Is Sylvanas’ story finally completed?

Nope. Not even close.

Is her time in the spotlight done? Will she disappear like Thrall or Khadgar for a while only to return later on? Probably.

Blizzard isn’t exactly one to wrap a story for someone like Sylvanas. The Big Bads of the expansions — which, yeah, she’s sort of been that but not really — usually are the ones who get their stories wrapped at the end of an expansion. She’s been around far too long, and the ending of Sanctum made it abundantly clear that Blizz has a new direction they’d like her story to go. Now, I don’t expect that story to be the central focus, but if it’s not being saved for later on, it’ll happen in smaller beats (think Anduin visiting the Broken Shore). Regardless, this arc may be done, but her story has a lot left.

Q4tQ Let’s say Vol’jin doesn’t survive the evacuation of the Broken Shore and therefore Mueh’zilla gets no say in his successor. Who do you think the Horde name their new leader? And why is Ji Firepaw the best answer if not the correct one?

If the Jailer hadn’t planned a backup in the event of Vol’jin not choosing a successor directly, I’d be surprised. I imagine one way or another, Sylvanas would’ve wound up exactly where she needed.

But ignoring that and assuming it was a free-for-all… I really hope they’d have gone to a council earlier. If not, put Gamon in charge.

If there’s a public google doc I want to keep a link handy to, is my solution just to bookmark it? Or is there a way I can create a shortcut directly to it in google drive?

I’m not sure it’s faster, but if you’re logged into your Google account when you view the doc, it should appear on your list of recent documents at the docs(dot)Google(dot)com. Pretty sure a full list of accessed documents shows up there (likewise for Sheets/Slides).

Q4tQ: You can bring one (1) person out of the Shadowlands and back to life. Who (from everyone we’ve seen so far)? and Why?

Why would you NOT bring back Theotar? That dude is not only awesome in every way, but he’s clearly the only one who cares about holidays in at least two realities. We need more people like Theotar on Azeroth.

LIZP ASKED THIS YESTERDAY AND I LIKED IT SO I STOLE IT:

Q4tq – If you could change a single piece of lore in any Blizz properties, what would it be and why?

Just one? Dang, this is a toughie.

Okay, so I fully admit this is not my best answer, but it’s the first that came to mind, and it’s one of many that could serve as an answer here: I would change Stonetalon’s update. Not because I disagree with the story or because it’s poorly told (it’s not) but — and Blizz has backed this up before — because it was clearly written with a different Garrosh in mind. With the full picture of where his story went, Stonetalon sticks out like a sore thumb as incongruous with everything else we know about the dude.

Are there any characters, large or small in terms of fame, that you really miss seeing in WoW?

The NPCs in Brill. They’re some of the first I remember from way back when, and there’s something about oldschool Brill that just feels more innocent. Also there’s like one dude in the graveyard who uses the Warcraft 3 Acolyte voice line, and I always loved that.

Sure, I can technically visit them whenever… but it’s the whole vibe of Brill back in the day that I miss, and it’s the NPCs that helped make it feel that way.

Maybe when my character retires, he can rebuild Brill and just sit in the back of the inn, drinking and offering quests to new travelers.

ARTHONOS CLOSES US OUT WITH A SMASHING QUESTION:

There was the Smash reveal, want to share your thoughts about Sora?

I haven’t actually played Smash in a long time, but I always love these reveals. I’ll admit, I’m one of those people who got duped into thinking it was Dark Souls reveal because I saw what I wanted to see. But honestly, Sora is a great pick. I love the Kingdom Hearts series, it’s clearly a character a whoooole lot of people wanted in the game, and they’ve done his outfits justice with the Timeless River Sora outfit alone.

It’s a bit weird thinking this is the last character, knowing we could’ve (maybe) gotten Master Chief or (less likely) Waluigi, but it’s a great choice. Oh, and I loved that Nintendo was all, “We didn’t reveal the survey results because we didn’t want fans pestering the top-pick companies.”

It’s a bit sad that they had to hide it (effectively) “because gamers,” but it was also nice of them to acknowledge why they had to keep it secret.

Anyhow, that’s our Queue for today! Leave lots of questions for tomorrow’s writer, and be sure to see the sun at least once today. Cheers!