Are Isometric RPGs like Diablo 2: Resurrected back, or is it more that they never left?

One of the most anticipated games of 2021 was Diablo 2: Resurrected, a remaster of a 20 year old isometric Action RPG. Another recent release, Pathfinder: Wrath of the Righteous, was greeted with critical praise and general player interest, and one of the most talked about games of the past year is still in open beta — Baldur’s Gate 3 — which isn’t even technically out yet and is already beloved by many. All of these games share the isometric top-down map, and limited graphics by comparison to MMOs or the various looter-shooter games that have been staples for the past few years.

Isometric games really hit their heyday in the mid 1990’s, when games like the original Diablo and the first two games in the Baldur’s Gate series made them one of the most popular modes of gameplay. With their lower level of detail and top-down angled view, you could suggest a lot more than you had to really render — go back and look at Diablo 2 if you don’t believe me. Or just hit g while playing D2R if you’re on a PC — you can switch back and forth between the updated and original graphics so you can get a sense of what isometric games looked like back then. 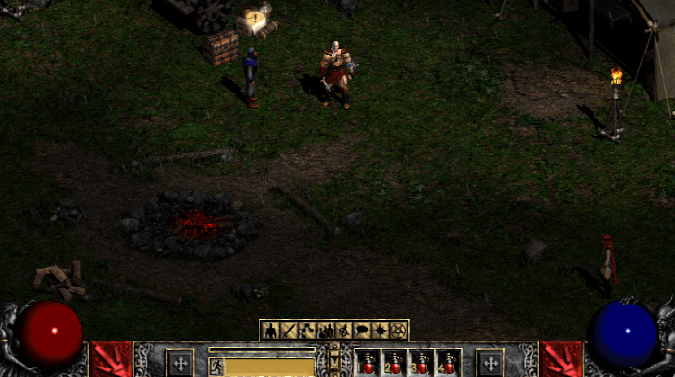 Isometric games make use of their origins

Lately, with games like The Witcher series, Elder Scrolls IV – Morrowind and ESV – Skyrim, the Dragon Age series, the Mass Effect games, and even the most recent in the Assassin’s Creed games all being big, open world, first/third person sandboxes full of exploration and detailed avatars to run around said sandboxes, you’d be forgiven for thinking that the isometric perspective was long dead. Far from it. Not only has it seemingly made a comeback, it’s a fairly illusionary one — isometric games have been chugging along all this time, with games like the Divinity series, the two Pillars of Eternity games, and even more experimental outings like Disco Elysium or Torment: Tides of Numenera keeping the format alive.

Honestly, one of the things I find the most compelling about the seeming resurgence of isometric games, is the isometric perspective itself, and the way such games present the world feels different — especially at a time when our computers and consoles are more powerful than ever, and can give us experiences like God of War or Horizon Zero Dawn and their upcoming sequels. Many isometric games have a turn based mode, and even those that don’t like the various Diablo games (and it should be pointed out that Diablo 3 was fully isometric, as will be Diablo 4 based on early gameplay) still feel very different than a game where you’re looking at the world either from the POV of your main character or from just over their shoulder. 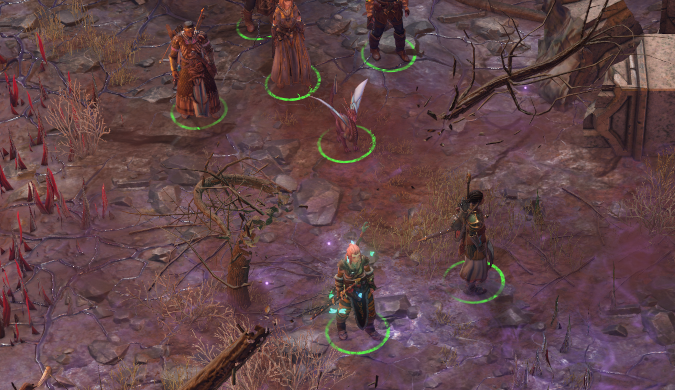 The Isometric Illusion of Seeing Everything

Isometric games make the main player-controlled characters pieces on a board. It’s very evocative of older games, and the tabletop roots of the RPG hobby — it can definitely feel like you are moving pieces on a tabletop grid in some of these games. But also, I think games like Disco Elysium really highlight the way these games can make use of their presentation in novel ways. Disco Elysium forgoes combat entirely and makes the story about succeeding at skill checks and making the right choices, and its grimy, acidic world makes the player engage with the material in ways that you wouldn’t if you were guns blazing from just over your character’s shoulder. Games like the original Planescape: Torment or its spiritual successor Torment: Tides of Numenera gained the freedom to ask questions about the nature of the protagonist and their actions that would have been drowned out otherwise.

This is not to say that isometric games can’t be violent, even almost shockingly so — games like Grim Dawn or Path of Exile build upon the legacy of the delightfully gory Diablo series. Frankly I think the level of action and combat in Diablo 3 might actually be too much for a first person game, or even an over the shoulder camera. Being able to control your character while viewing them from above makes it easier to see and therefore react to the battlefield, and it would be hard to play with bodies exploding into their component bits and loot raining down from the sky to obscure your vision. You can literally see behind yourself.

I mean, maybe it’s pushing it to say Hades is an isometric RPG, but it’s certainly isometric in its presentation. Could you really imagine trying to stay alive in that game from a POV perspective? 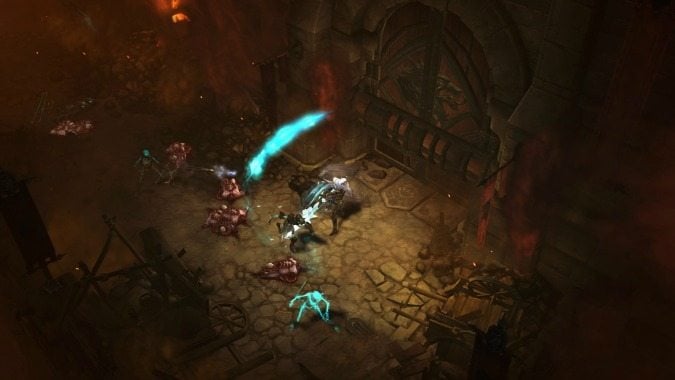 The isometric view simulates but is not an attempt at a realistic presentation of the space the characters live in, and as a result, it allows you as a player to do things you couldn’t actually do. It’s astonishingly freeing once you get comfortable with it. And I think this is the main reason these games have remained popular and even become more popular lately, even while our technology improves to the point where you can render a drop of sweat on Commander Shepard’s face in 4K while she’s shooting people or what have you. It’s fair to say that isometric games were often made that way due to technical limitations, but those limitations no longer really apply — yet, if anything, it’s the strengths of isometric presentation that make the games timeless and keep people coming back years, even decades down the road.

I doubt we’ll see the tail end of open world first/third person games any time soon, nor am I advocating for it — some of my favorite games have been perched over the shoulders of the main character. But I do think that we’re only going to see more isometric games moving forward — games like Encased definitely make me think there’s a lot of room in the field. And because these games have always been less graphics focused, a lot of older isometric games are still quite playable today — old classics like Arcanum: Of Steamworks and Magic Obscura, the various Shadowrun games including Shadowrun Returns, Troika’s sadly underloved Temple of Elemental Evil, the original Fallout and Fallout 2, the masterful Icewind Dale series can all be played and enjoyed without feeling that the older graphics are too outdated.

Isometric RPGs, in a way, have made embracing the limitations of the CRPGs presentation into a strength, and have focused on lore and story in a way many other games have struggled to match. It’s a good time to get on board with the format.