How and when to upgrade your abilities in Hearthstone Mercenaries 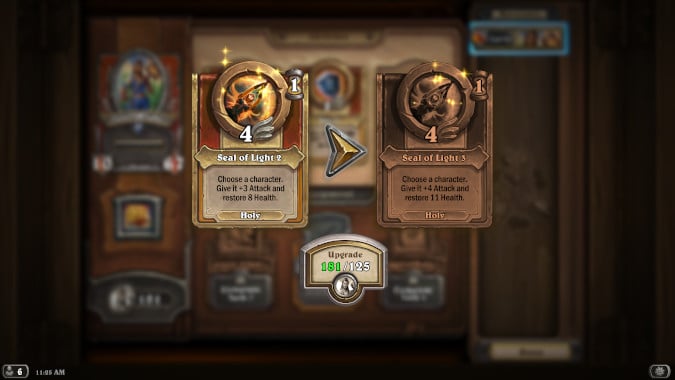 With the new Mercenaries mode in Hearthstone came a new currency: Coins, which can be used to upgrade mercenary abilities, upgrade mercenary equipment, and craft mercenaries that are missing from your collection. Each coin is specific to a particular Mercenary, so collecting the right ones to upgrade your collection can be quite a chore. And you’ll need a lot of coins to buy and upgrade everything, so a great deal of your gameplay will focus on earning coins — and earning the right coins — to improve your Mercenaries.

But what’s the best way to spend your precious coins once you’ve earned them? Each Mercenary has three abilities and three pieces of gear to upgrade, with multiple ranks of each. Should you throw your coins at immediate upgrades, or should you save them to buy higher ranks of more powerful abilities? How do you know when to hold on to them and when to spend them?

We have some tips on how to make the most of your coins to upgrade your Mercenaries’ abilities in Hearthstone. Let’s talk about how and when to upgrade abilities, as well as how to earn the coins to buy those upgrades. 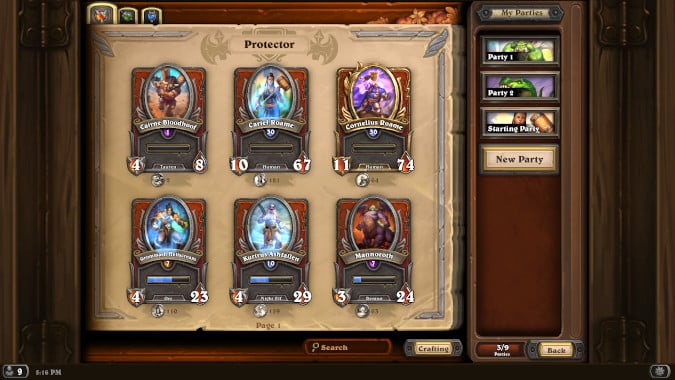 How to upgrade abilities in Mercenaries

It’s pretty easy to upgrade your abilities: you just need to go to your Tavern and find the Mercenary you want to upgrade. Any Mercenaries with upgrades available will have a glowing white arrow over their character portrait, so just scroll through your collection looking for the arrow. Then click on the character to bring up their character screen. Any ability — or equipment — that can be upgraded will have the arrow over it indicating you have enough coins to upgrade it. Simply click on the ability, and a screen will pop up showing the current ability, the new ability, and the coin cost to upgrade. If you agree, click upgrade and you’re done!

If you have enough coins to upgrade more abilities, arrows will keep appearing over what you can afford. If not, just click done in the bottom right and see what other mercenaries you can upgrade.

Each ability has a cost to upgrade, and it gets more expensive for higher ranks of the ability. Each mercenary has three abilities — though you’ll have to level your merc to unlock all three — with five ranks each, and upgrading all of them will take a fair amount of time as well as a pile of coins.

Here’s the costs to upgrade abilities:

It costs a total of 475 coins to upgrade one ability fully, or 1,425 coins to max out all three. If you’re looking to max out both abilities and gear, you’ll need a total of 2,700 coins — which is quite a lot considering how many you can earn in the game.

Upgrading everything is time consuming, but if you focus on certain characters and enjoy playing the game, you’ll be able to upgrade everything eventually. 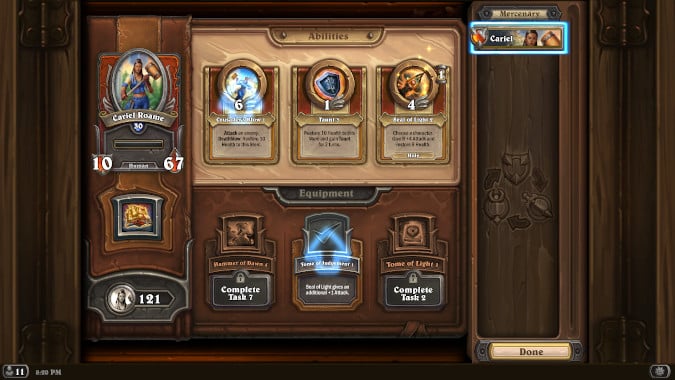 Which abilities should I prioritize upgrading in Mercenaries?

Should you focus on upgrading a single ability to rank 5 first, or should you spread out your spending among the three abilities evenly? The answer to that will vary by character, but there are some consistencies to take into consideration.

When completing Tasks for specific mercenaries — aa major source of coins and gear for that merc — Task 1 will use the leftmost ability, Task 2 the middle ability, and Task 3 the rightmost. If you know a certain Task is about to come up — say you just finished Task 1 so you know that Task 2 should be sometime soon — and you have the coins to upgrade that ability, it’s usually worth it just to complete the Task quicker. Eventually you’ll wind up upgrading all abilities, but in the short-term upgrading for Tasks saves you time and helps you earn coins and gear faster.

Once you start playing a character, you’ll notice which abilities you use more often, and you should favor those when you’re upgrading. Often your most-used abilities will be the ones that don’t have a cooldown on them, so you get a lot of value out of upgrading them. Abilities that can’t be used every turn might be more powerful, but if they can’t be used right away and have a delay between uses, they might not see much use — or in some fights, might not see any use. Empowering the abilities that you use more will end fights faster and keep games moving along.

Some upgrades do not increase power, but just improve the ability’s speed so your merc moves faster. Some mercs — and some moods — do rely on speed, but it often doesn’t make a major difference whether an ability’s speed is 8 or, and in these cases it’s usually better to hold off on the upgrade, and save your coins to rank up  abilities that do increase damage, healing, or debuffs on the enemy. Of course, what about mercs like King Krush? All of his upgrades are either lower speed or improve abilities with a cooldown. In cases like this, you just have to go with what you feel makes the biggest difference — pick your favorite ability and focus on it.

As the first upgrade only costs 50 coins, it’s a good investment to upgrade all of your abilities to rank 2 as soon as you can. After that, the cost between the higher ranks is similar enough — 125 coins to upgrade to rank 3, 150 coins to upgrade to both rank 4 and rank 5 — that just focusing on your most-used ability will probably make the biggest impact. Once you reach rank 5, then start focusing on ranking up another. 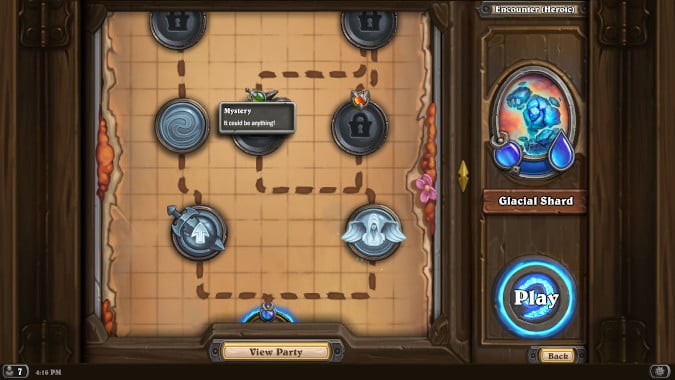 How to earn enough coins to upgrade Mercenary abilities

While there’s an RNG element to the coins awarded by bounties, certain bounties reward coins for certain mercs — click the treasure chest next to the bounty boss to see which ones you’re likely to get — and they can also reward extra coins based on the characters in your party. If you’re looking for coins for a specific merc, find a bounty that lists coins for that merc as a possible reward. That won’t guarantee you’ll get the coins you want, you’ll have a better shot.

But tasks have the advantage of giving you guaranteed coins for your mercenary of choice — as long as the right tasks are available to you. Only a few new tasks spawn every day, and they’re random, so you may not get bounties for the heroes you want to rank up. However, there is a way to force a bounty to spawn: the mystery spot on bounty maps.

This spot looks like a swirl, and clicking on it will give you a random effect. You might be able to skip all the way to the final boss, get a bomb to help you in the next encounter, or meet a mysterious stranger. It’s the mysterious stranger you’re interested in, because getting that will spawn a new task for a mercenary in your current party — your choice. Just be sure your party is at the appropriate level for the map, as the Mysterious Stranger will not spawn if the map is too low level.

Tasks are assigned in order, so task 1 comes after task 2 and so on. Task 2 and task 7 both award gears, but the rest award coins for the character and another random character. The higher the task, the more coins you’ll get. Keep finding mysterious strangers and keep completing tasks, and you’ll rake in all the coins you need… eventually.