Should you be playing one of the new Dragonborn races from Fizban’s Treasury of Dragons? Yes, the answer is yes. 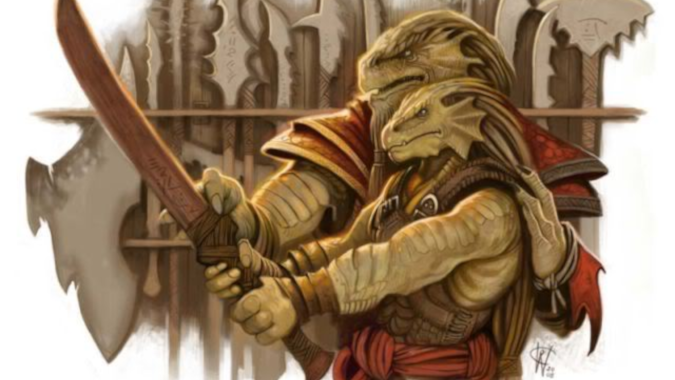 I know you’re going to want me to expand on why I believe that you should indeed at least consider playing one of the new Dragonborn race options from the excellent Fizban’s Treasury of Dragons, but before I do that, I wanted to make sure I gave you a solid answer. Yes. Yes, you should play a Dragonborn from Fizban’s. If you already like Dragonborn they provide more depth and interesting options, and if you’ve never given Dragonborn a chance, now is your time to do so.

Now that we’ve done that, I’ll go more into detail about why the Dragonborn in Fizban’s Treasury of Dragons are worth playing.  Whether you’re building a new character right now or aren’t quite convinced that Dragonborn are the way to go, let’s talk about how you can make use of this book’s new Dragonborn options to make your characters more fun or interesting. 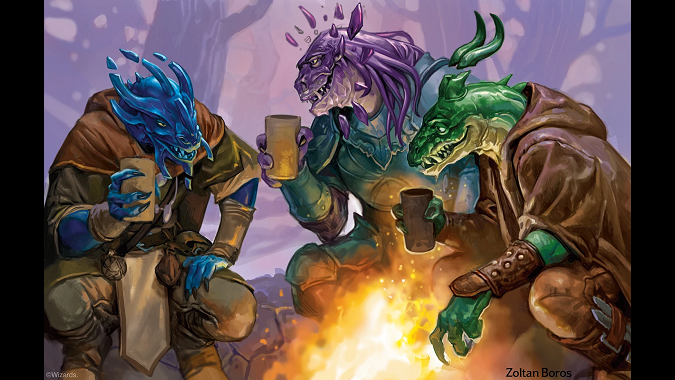 Gem Dragonborn bring the weird and psychic into your game

It’s no secret that Dungeons and Dragons has a long, convoluted history with psionics and psychic powers. Some editions had really wonky rules, others did it pretty well — both 3e and 4e did interesting things with the concept and were arguably better than 5e in that regard. With the addition of the Kalashtar in the Eberron campaign book, the various subclasses like the Psi Warrior Fighter or Aberrant Mind Sorcerer in Tasha’s Cauldron of Everything, and of course monsters like Mind Flayers, we’ve gotten a fair amount of psionic content in D&D 5e — and the Gem Dragonborn give you an interesting new way to explore that.

For starters, Gem Dragonborn get a Breath Weapon based on their draconic ancestry, and though that may seem a little boring because all Dragonborn have a breath weapon, unlike the others, Gem Dragonborn can exhale a breath deal Force, Radiant, Thunder, Psychic, or Necrotic damage, all damage types that tend to be very hard to resist. Furthermore, you get resistance to that damage type, meaning you take half damage from it. Just off the top of my head, this would make a Bear Totem Barbarian who was also an Emerald Dragonborn practically unstoppable, as it would cover the one damage type they don’t have resistance to while they are raging. Amethyst Dragonborn? Magic Missile is no longer such a concern. Tired of getting Thunderwave spells in your face? Go Sapphire and laugh at the Thunder damage.

Combine this with limited telepathy letting the Gem Dragonborn send messages to anyone within 30 feet that it can see and at 5th level the Gem Flight ability, letting them summon psychic wings to fly with for one minute every long rest and we’re looking at a very strong option, mechanically speaking. Plus, they’re cool gemstone Dragonborn, they should practically have the Jem and the Holograms theme playing when they do anything. 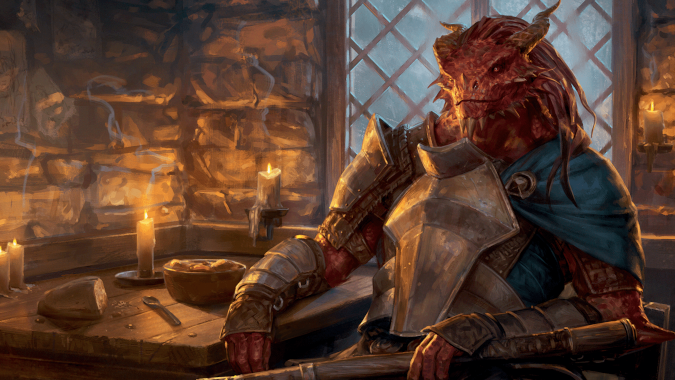 But what else can we do with Dragonborn in Fizban’s? I’m glad you asked, rhetorical device, because the answer is a lot.

There are now rules to specifically differentiate those Dragonborn who descend from Chromatic Dragons from those who descend from Metallic, giving you a lot of draconic options. Chromatic Dragonborn can channel their ancestor’s power to become wholly immune to their Breath Weapon’s damage type for one minute every long rest. Again, I can see lots of possibilities for this, on a purely mechanical level — a Red Dragonborn utterly ignoring fire attacks, for example, or a Green Dragonborn deciding they’re simply not going to take any damage from that Cloudkill spell.

Meanwhile, Metallic Dragonborn don’t get this immunity power, but they do get is a second Breath Weapon. It doesn’t do direct damage but instead causes one of two effects within its 15 foot cone. The save is 8 plus your con modifier + your proficiency bonus, so as you level up it will get more powerful. Metallic Dragonborn can choose between an Enverating Breath that forces its targets to make a con save or become incapacitated, unable to take any actions or reactions, lasting until the Dragonborn’s next turn. Remember, moving is an action. And if they don’t want to do that, they can instead use Repulsion Breath, which forces a strength saving throw, knocks everyone in a frontal cone back 20 feet and makes them prone. It’s essentially a single use Stunning Strike AOE or an improved Thunderwave minus the damage, once per long rest.

If your opponents make the save for either of these abilities, nothing happens so its power is limited — but depending on how good those saving throws are, either of these abilities could turn a fight around. Imagine incapacitating everything in a 15 foot cone. Your entire party will be able to wreak havoc until the start of your next turn. And since that’ll be your turn, they won’t be able to act until you actually end your turn. That’s enough time to do quite a lot.

These new Dragonborn options are great very cool new choices for anyone who wants to play Dragonborn in Dungeons and Dragons 5e. Definitely use them.