How to run Challenge Rifts and Elder Rifts in Diablo Immortal — and more importantly, what are the rewards? 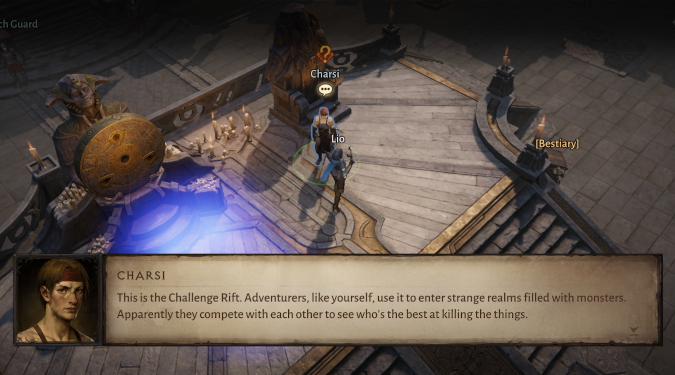 The good news is, Diablo Immortal does a fantastic job at holding your hand in order to guide you into its varied features, so as you go through the game it brings you through your first Rifts — eventually. This leads to the bad news: this means it may take a while to unlock certain things you might be interested in. In the case of Elder Rifts, you’ll have completed two full story zones before you get to jump into your first one.

After you’ve unlocked the ability to run Rifts, you can find both monuments to queue up in the middle of the Palace Courtyard, which is easiest to get to by using the Westmarch Waygate. The Challenge Rift monument is the one on the right, the Elder Rift is on the left. Just ready yourself, then tap the monument and follow the instructions to continue your adventure. 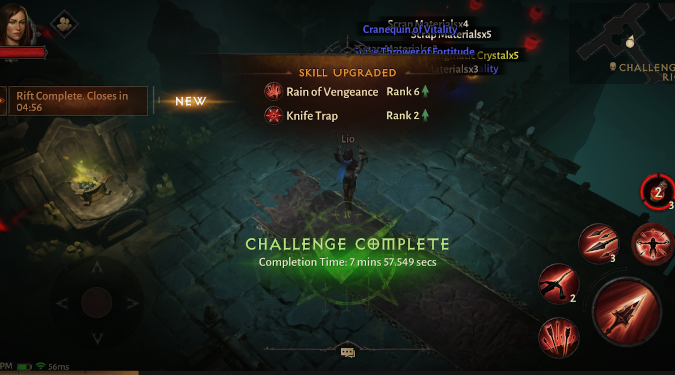 Challenge Rifts are free, and uh, a challenge

Challenge Rifts are very similar to Greater Rifts in Diablo 3 — a set of tiered level encounters, from level one all the way up to level 100, though in Diablo Immortal you can run at your leisure, without a currency to limit you. You can run solo or in a party of up to four. If you’re in a party, everyone can join a Rift of the highest level reached by anyone so far, so if you really like running Rifts and your friend doesn’t, you don’t need to worry about outleveling them. Aside from this, there are no skips — you can’t just decide that you’re definitely cool to run a level five and go to it. You have to run each level one by one. There’s no loot to collect through the run, aside from progress orbs from rarer monsters. Defeating each run awards Enigmatic Crystals used to upgrade Secondary Slot items, Scrap Materials used to upgrade equipment, XP, and “high quality items.” There’s a slight bump up in materials quantity for the levels divisible by five.

There’s a leaderboard which is reset weekly, which is ranked by level completed and timing. When someone on your server hits each fifth level Challenge Rift milestone for the first time, everyone on the server gets gold and Hilts (yet another equipment currency) to commemorate the occasion, which appears as a collectible on the Challenge Rifts queue screen. Even if you’re not trying to compete on the Challenge Rifts charts yourself, make sure you’re checking the leaderboard to collect your freebies. 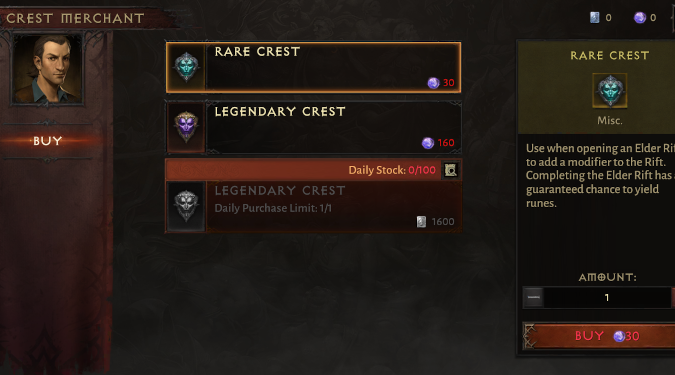 Elder Rifts may cost you — for real

In order to run an Elder Rift, you’re going to have to deal with currencies, namely Crests. You can use up to three Crests per run, in either Rare or Legendary varieties, and as you invest your Crests it sweetens the rewards you’ll reap — and bumps up the difficulty level with modifiers. Both Rare and Legendary Crests will reward Runes used to craft Legendary Gems, and Fading Embers, which you can use to trade for more, specific Runes from an NPC located near the monument used to queue. A Rare Crest grants a chance to get a Legendary Gem and a Legendary Crest will guarantee one. If you use at least ten Legendary Crests, it Empowers the Rift and grants even more rewards. If you want to, you could also go ahead and just run an Elder Rift without using a Crest at all, but your rewards for doing so are, frankly, so lackluster you’d be better off just going and grinding skeletons in the cemetery for a while. When you first run an Elder Rift, you’re granted a few Crests for free, just to really hook you on the experience.

You can get one Rare Crest for free daily by speaking to the Crest Merchant, who’s located on the lower platform near the monument where you queue. You can purchase one Rare Crest at 30 Eternal Orbs a pop, or one Legendary Crest for 160 Eternal Orbs (a store currency that costs real money). You can also use an alternate currency, Platinum (which you can earn in game rather than purchasing it), to buy one Legendary Crest daily from a limited number available to your server, which resets on server rollover. You can also use Hilts to purchase Crests, from the Hilt Trader located to the east/northeast of the Rifts area in the Palace Courtyard (you know these diagonal isometric games) but those are very limited in number — you can only purchase one Legendary Crest per month. If you’re leery of spending real money or wasting your few freebies in light of things like server disconnects, Crests will be returned to you via in-game mail if you should happen to fail the benchmarks, making it a relatively low-risk proposition.

All in all, it feels very much like the Rift system in Diablo 3, so if you already play Diablo these systems should feel familiar. Finding and using Crests add a new twist — and possibly a new frustration — to the system, but overall it maintains the Rift feel you already know.