Can Blizzard really ever balance the Mage Tower? Maybe. 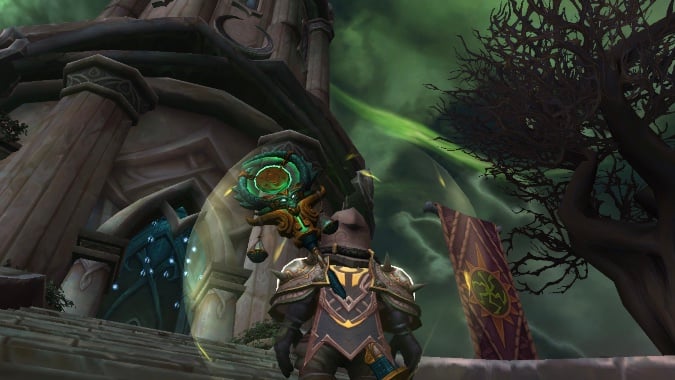 One of the big announcements for Shadowlands patch 9.1.5 was the return of the Mage Tower challenge alongside Legion Timewalking. The single-player challenge of Mage Tower had reached iconic status in the World of Warcraft community with its limited-time rewards — the werebear Guardian Druid form being the most obviously unique, but it was also the only place so far a character could acquire a flail weapon appearance — so its return was big news. While the original Mage Tower rewards haven’t made a comeback, a new werebear form was added for Guardian Druids, and recolors of tier 20 armor were added for each class. In addition, completing all seven of the challenges across multiple toons rewards players with the Soaring Spelltome, a book mount unlike anything we’ve seen in-game before.

The return of the Mage Tower was something a lot of players looked forward to, and it should have been cause for celebration. But it’s been a little problematic for the WoW dev team, who have struggled to find the right balance so it’s difficult enough to be challenging without being impossible. Making the Mage Tower balanced without the Legion Artifact abilities players had when it was current content or the Shadowlands Covenant abilities players have now, and considering all the possible gear options players could use, has proven to be a tall order. Since the Mage Tower went live two weeks ago there have been numerous complaints about the difficulty of the challenges, resulting in a series of nerfs to encounters as well as an extension of the Legion Timewalking event into early January.

The Mage Tower was expected to be a challenge of course, but now that it’s part of Timewalking, everything scales down to Legion-levels when you attempt it. This means there’s little opportunity to improve your odds via gearing as there are for all other difficult content in the game — you could farm for older gear which is more likely to have gem sockets, which will scale in the same way as modern gear but provide better stats due to those sockets — but in general the challenge was going to essentially be the same whether you did it in December 2021 or if you waited until March 2023 (or 2025, or 2027).

Confronted by the difficulty of the new Mage Tower, players started looking for ways to improve their chances. The development team had already made sure that Azerite gear from Battle for Azeroth as well as Conduits and Legendaries from Shadowlands lost their benefits, and of course the Artifacts and Legendaries from Legion itself had long lost their bonus abilities. But players found a few odd trinkets and enchants that worked well with the new scaling, and rather than let these advantages remain, they were promptly cut down.

The WoW hotfix blog listed new nerfs nerfs alongside new buffs for several days, all in the name of balancing the challenge for everyone. But is it actually possible to balance a challenge like the Mage Tower? 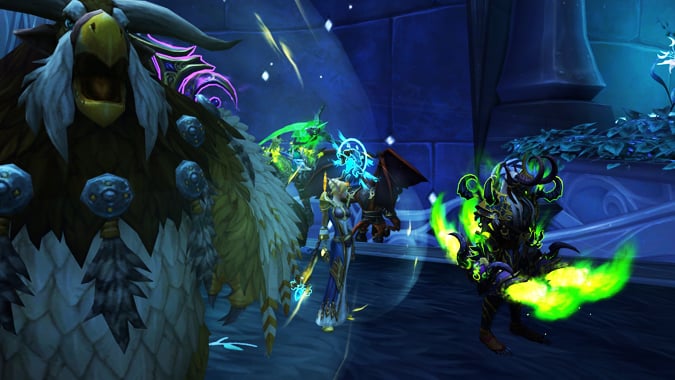 The development team has made an interesting choice, and one with an almost paradoxical result: the Mage Tower is now harder than it was originally, when we had the benefit of gearing and the Legion Artifacts and Legendaries. (The Roots of Shaladrassil in particular made the Beast Mastery Hunter challenge a lot easier, with the second phase largely a test of whether you could stay awake).

It’s also a built-in headache for the developers; not only do they need to make sure each class spec that shares a challenge has roughly the same difficulty, they have to spend a lot of developer hours in the future making sure cool new trinkets or tier bonuses doesn’t significantly alter the encounters. As time passes, these balance problems won’t get any better, and they might actually get worse.

There are two possible treatments for this headache:

Frankly, the use of templates would give World of Warcraft a lot more flexibility when it comes to challenges where a level playing field is desirable (random battlegrounds are a prime example). It seems like such an ideal fit that one wonders why they haven’t already been used. It’s possible that it conflicts with a core philosophy of the game (aka the “gear treadmill”) too much so it’s never been given consideration, or maybe there’s a code limitation that would make implementation of templates require far more developer hours than ad-hoc balancing does.

Whatever the reason, until and unless templates are implemented, serious attempts to fairly balance encounters will remain Herculean — and Sisyphean as well.

Blizzard Watch is made possible by people like you.
Please consider supporting our Patreon!
Filed Under: Balance But Not The Druid Spec, Gear Templates, Legion Timewalking, Mage Tower
Advertisement