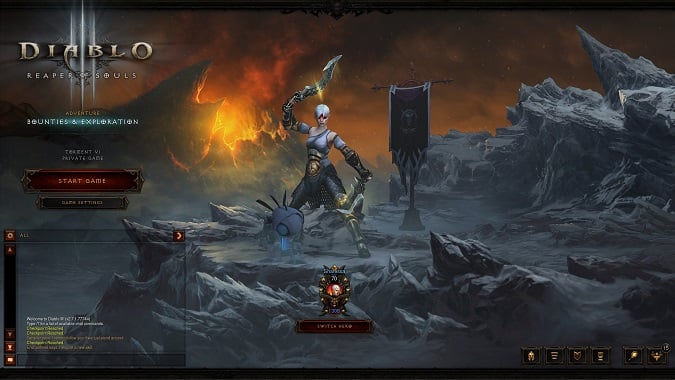 Don’t faint, but somehow we’re coming up on 25 years of Diablo. Where does the time go? In celebration of this anniversary milestone, the Diablo 3 developers have planned a unique theme for Season 25, with Soul Shards from the Lords of Hell (which would make a fantastic band name).

Prepare yourself to leverage the powers of Hell against its very denizens.

What are Soul Shards?

We (as players) have seen Soul Shards drop before! During the annual Darkening of Tristram event, the Red Soul Shard drops from the Dark Lord (Diablo himself). This Shard was the first (and only, before 2.7.2) legendary gem that allows socketing; it also provided a killer transmog effect that you can admire in our header!

Like Season 24’s Ethereal Weapons, Soul Shards can technically drop everywhere in Sanctuary. That said, the shards are more likely to drop from Act Bosses (excepting Vidian in the Temple of the Firstborn) and Rift Guardians. For Act bosses, the Shard dropped depends on the Act you are in (listed with the Soul Shard’s details below); Acts with two shards are a 50/50 chance on which one drops. Rift Guardians drop Soul Shards from the overall pool of seven.

Unlike normal legendary gems, the season’s Soul Shards are only upgradable through Hellforge Embers, a new item that can drop from anywhere in Sanctuary. However, they are correspondingly powerful as they are ranked up.

Soul Shards of the Prime Evils: Destruction, Hatred, and Terror

Like the Red Soul Shard, players equip the Prime Evil Soul Shards in their helm. Each rank follows a specific configuration:

Baal’s Fragment of Destruction is one of two drop options from Act 3 bosses. The helm shard leverages a debuff applied to your enemies. At rank 0, killing your debuffed enemies reduces a skill cooldown by 1 second per death but can also reduce your health if the debuff ends before they die.

Mephisto’s Shard of Hatred drops from Act 5 bosses. The base buff impacts your damage output based on the number of enemies in your proximity:

Diablo’s Sliver of Terror is one of two options from Act 4 bosses. The Sliver ties your skill cooldowns to taking reduced damage and dealing increased damage at the cost of increased cooldowns for yourself:

Players will equip the Lesser Evil Soul Shards in weapon sockets. Each rank follows a similar configuration to the Prime Evil Shards but increases different stats:

Azmodan’s Stain of Sin is the second shard option from Act 3 bosses. The base rank reduces the base damage you deal, but killing an elite creates a pool with significant damage received debuff to non-elite enemies.

Belial’s Dregs of Lies drops from all Act 2 bosses (except Vidian). The base buff reduces the damage enemies deal to you, but you also deal reduced damage.

Which Soul Shards should you equip?

With 12 different combinations of Prime and Lesser Evil Shards, you’re going to have to play around a bit to determine what works best for you. Consider these questions:

I tested the Remnant of Pain/Shard of Hatred combo on the PTR. Playing a Demon Hunter with the Impale build meant I was making use of the Haedrig’s gift gear, and I was up close and personal with my targets to trigger the helm’s Shard buff. In the live season, I’m playing a Monk with Dregs of Lies/Sliver of Terror, farming gear for the Inna’s Mystic Ally build, and holy cow-level; it is FUN. I really can’t wait to see how high I can push with the complete set.

Season 25 is live now, so get out there and harness the powers of the evils of Sanctuary!