Join us this Saturday, January 22, as the new Blizzard Watch D&D campaign starts worldbuilding in its Session Zero 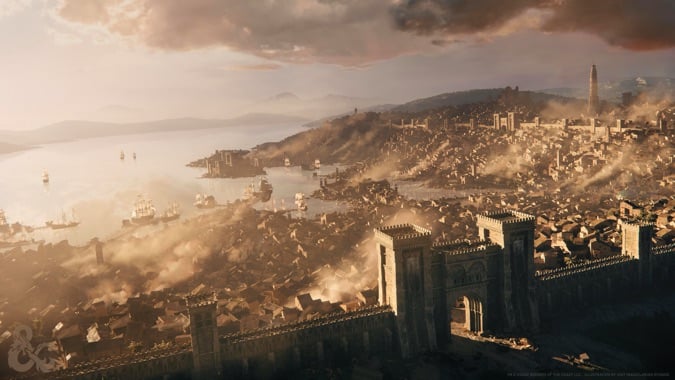 If you missed the weird adventures of our original D&D campaign, you’re in luck because we’re kicking off a new game with a session zero this weekend, on Saturday, January 22 at 2:30 PM Central on the Blizzard Watch Twitch channel.  You may wonder what a “session zero” is, or why we need to have one for the new campaign — and I’m happy to explain it to you.

In session zero, we’ll introduce our new campaign setting, The Weirs, a small city on the verge of becoming a mercantile power on the River Danae. It’s on the crossroads between powerful nations and serves as a natural nexus between many different lands — and as a result, it’s grown into a kind of mixing ground between a wide variety of people. The region is home to varied groups such as Elves who spend most of their time mining and smelting ore, and crafting weapons and armor in the nearby Skyhome Mountains; the River’s Children, people who view the River Danae as a local nature goddess; refugees fleeing the distant Goranth Empire to the east; wandering Agath scholars and wild Naeth shipwrights from the north.

Our intrepid players are Liz Harper, Anne Stickney, Andrew Powers, and Joe Perez, and during this session the party will get an introduction to The Weirs, decide on their characters, and do a bit of worldbuilding. For this game, we’re incorporating characters into the world more strongly than our last campaign (which was originally a one-shot game that we just kept playing). We’re doing something else a little different, too: myself and Joe Perez have designed the game so that we both serve as Dungeon Master in a rotating way so that we both get to run games as well as play a character, which should be fun. Tune in and you’ll get to hear the players come up with their characters, discuss what they want and don’t want to play, and perhaps experience a small introductory adventure depending on how fast everything goes.

This will be a whole new campaign world from the previous campaign, but if you’d like to listen to our older sessions, you can catch them on Soundcloud or Spotify just to get an idea of what we’re like. And if you’d like to see us start up the next campaign, remember we’ll be streaming starting at 2:30 PM Central on Saturday, January 22 on our Twitch channel.

Come hang out and encourage our crazy shenanigans.

Blizzard Watch is made possible by people like you.
Please consider supporting our Patreon!
Filed Under: Into The Weirs, Tavern Watch Plays, The Weirs
Advertisement