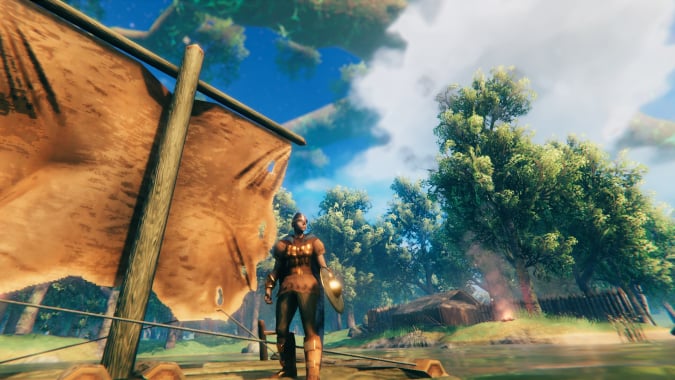 After Blizzard announced its new untitled survival game in a new universe, we’ve seen some confusion circulating about what a survival game is, exactly. Aren’t all games based on surviving through whatever trials await you, whether it’s avoiding getting headshot by Widowmaker or not standing in bad in a WoW raid? Why is this game any different?

So we’re going to talk about what defines the survival game genre and discuss what it has to offer. We’ll talk about a title in the genre you already know as an example, then wrap it up with a few more recent games in the genre you should try out if you’d like to get your feet wet — somewhat literally, as it happens. 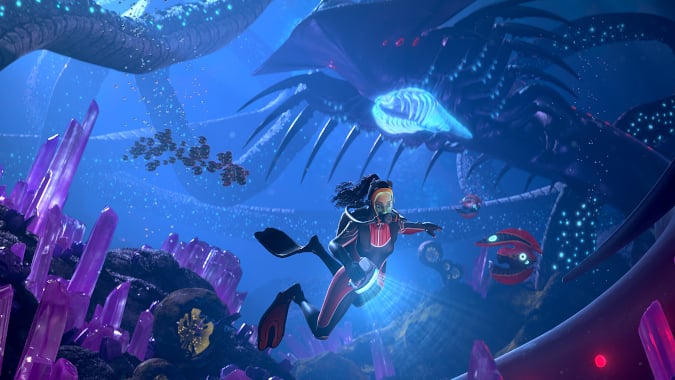 What is a survival game?

While most games have a health bar as a measure of success for contending with enemies or navigating spike pits, survival games usually have several different condition aspects to manage, and this is central to the gameplay experience, which is usually punctuated by resource gathering and scarcity. Most survival games include a hunger mechanic, where you’ll need to forage through your environment for food or starve to death — wild game, packaged food left behind, suspicious berries, poisonous fish you can render inert by cooking, even human flesh could all figure into your diet, depending on the game. Water levels and dehydration are frequently but not always a feature, and if they are, there’s usually an interconnected mechanic with food, from nourishing broths to sodium levels in certain foods making you need more water. Different games may include other aspects to monitor — Don’t Starve and Green Hell both employ a Sanity stat, which leads to random hallucinations if you let that condition deteriorate.

Most survival games feature exploration — you need a bit of room to roam to hunt or forage, after all. With exploration also comes environmental issues to overcome, sometimes in the form of a constant low-key threat like arctic cold or oxygen levels in an underwater environment, sometimes in more sudden, catastrophic issues like power failures or animal attacks. The way you’re intended to contend with these environmental issues vary. Some games expect you to avoid big threats rather than face them head-on, while others will allow you to create and upgrade tools, gear, and even build bases to lessen the impact.

Many survival games have no real goal other than living another day, while others will have a story or journey with a definitive endpoint.

That list of definitions and features may seem a little confusing if you’re unfamiliar with the genre. Luckily, if you grew up in the United States 80s and 90s, there’s a survival game which you’ve definitely already played that may help elucidate the core of what a survival game is: The Oregon Trail. 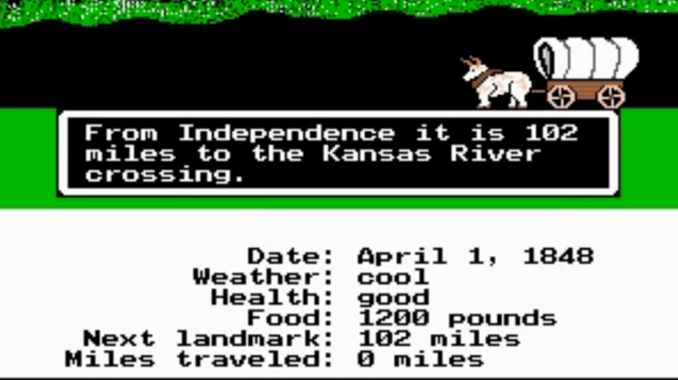 The original survival game was about real survival

Though the genre itself wasn’t defined until long after The Oregon Trail‘s heyday, the game itself is a survival game at its core, which makes sense. The game was ostensibly about the real struggle of pioneers to survive on the titular Trail, using some historical basis for the means and methods they used to do so.

The gameplay of The Oregon Trail centers around the goal of keeping your party of 19th century Americans alive long enough to travel from Independence, Missouri to Oregon’s Willamette Valley (and of course, learning 4th grade history in the process). You have to make decisions for your party based on the resources you have on hand. For instance, you may want to ration food more tightly in order to hopefully make it farther on the trail before you have to hunt, but that may open your party up to illness and starvation. There are environmental factors to deal with, from deciding whether you want to risk fording a river to just randomly contracting dysentery or getting bit by a snake. If you wait too long to leave, or tarry in a stop along the way, you may even get caught in a snowstorm and be unable to finish your journey.

Frequently, much like the actual settlers, you and your entire family would die on the journey. When that happened, you’d get to put your name on a tombstone and start the game over again. In retrospect, it was pretty hardcore. 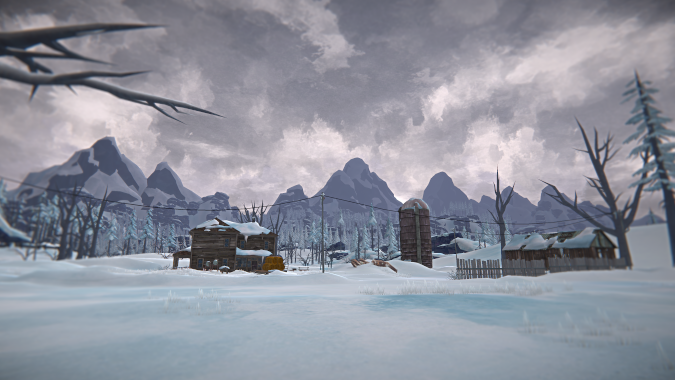 Modern survival games you should try

If you’d like to familiarize yourself with more modern survival games, there are a ton of excellent indie titles to explore. A game considered one of the best core survival experiences out there is The Long Dark. A single-player game, it’s intended as a mostly realistic experience if someone were to be stranded on a deserted island in snowy Canada — finding food and water, and especially relief from the cold, are your main objectives. While you can craft some equipment, there’s no base building, but there are abandoned buildings you can designate as de facto bases. The emphasis here is mostly on realism, and while the animal behavior is a bit more menacing than usual, that seems more in line with reality than constructing a house out of a few fistfuls of sticks.

If you want to flex your creative muscles, Subnautica — and its sequel Below Zero — is a futuristic survival game with a specific emphasis on exploring the aquatic planet you’ve crash landed on. You shove materials you’ve collected from the world around you into your fabricator to create new items, including the food and water you need to stay alive. You can build your own base from pre-determined rooms, with interior modules like lockers, planters, and water refineries to add function. You can also build vehicles, in order to enable you to really delve the depths — you can only hold your breath for so long, after all. The environments are alien, and gorgeous, and sometimes utterly terrifying.

But both those games are solo only, unless you get into modding. If you want to team up with your friends, Valheim is where it’s at. You can build your own viking longhouse piece by modular piece and explore with up to eight friends at a time to defeat difficult bosses. The starvation mechanic here won’t kill you like it does in other games, but it greatly affects your health bar — while you can hang out in lowbie areas and not fully die, if you want to go farther afield, you’d better figure out how to farm carrots and corral some boars. The building mechanics involve building structures piece by piece using wall parts, but you can also build ships to sail the seas — and you’ll need to, in order to transport all your metal from far-flung biomes.

If co-op PVE gameplay isn’t quite thrilling enough for you, Rust may be your survival experience of choice. While Rust makes for a fun survival experience solo, with all the exploration and keeping-yourself-alive mechanics core to the genre, it’s grown in popularity due to PVP. It’s tough to gain a foothold in a hostile world against NPCs, but it’s even tougher when other players are trying to shoot you, too. You may be able to set up a detente for bartering purposes — but you should probably watch your back.

There are tons more titles to discuss in the genre, but if you’re new to it, these few will give you a good idea of what to expect. With so little detail on Blizzard’s upcoming game, and therefore a likely long development window in the offing, you’ll have plenty of time to both play and discuss, and then probably play some more.