Guild Wars 2 End of Dragons expansion is out now 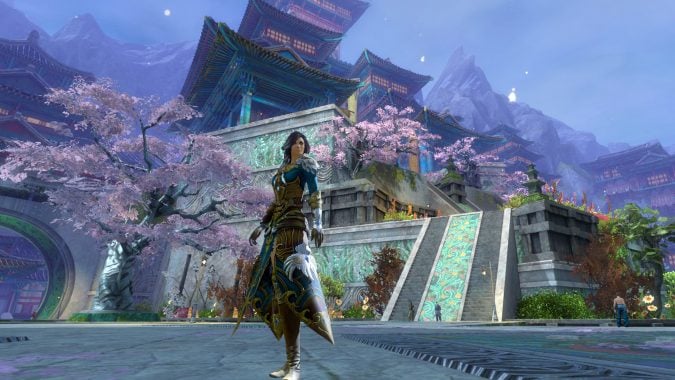 If you’ve been playing Guild Wars 2 for some time, you’ll know that the Elder Dragons are the key motivator of the ongoing plot and that dealing with them is the core challenge facing the “commander” that players navigate throughout the world of Tyria. That primary purpose seems to be drawing to a close with the release of the expansion End of Dragons on February 28, 2022. Despite the name, however, this has been confirmed to not be the end of Guild Wars 2, as ArenaNet is planning to continue the story even if the Elder Dragons are no longer an antagonist.

The setting for such momentous events is a fitting one, as players will be returning to Cantha, home of the Empire of the Dragon, a place not visited since the events of the original Guild Wars expansion Factions, released over 15 years ago. In the over two hundred years of in-game time that has transpired, contact with Cantha has ceased entirely, ensuring that veterans of the first game will be not be overly familiar with the places we’re going (while still providing plenty of callbacks and easter eggs to make those players giddy). 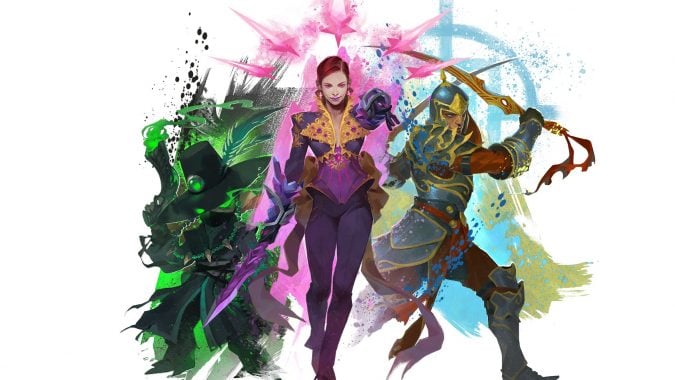 Expansions: where the elite of Guild Wars meet

Besides the story, the most anticipated aspect of a Guild Wars 2 expansion are the elite specializations, additional playstyles made available to level 80 characters via a weapon that is now equippable for the player’s profession — unlike World of Warcraft, your abilities can change based on the weapons you are wielding. These elite specializations tend to result in hybrid or role characters, or opening up a playstyle previously unavailable to a profession. For example, in the first expansion Heart of Thorns, the Guardian gained the ability to wield a Longbow and become a Dragonhunter, giving them more ranged options than before. Meanwhile, the Ranger could spec into Druid, allowing them to wield a staff and provide a necessary support role that Rangers were previously unable to provide.

Elite specializations have limitations; your build can only have one at a time, although the game does allow you to save builds and gear templates for easy switching. You’re also dependent on owning the expansion that introduced an Elite Specialization in order to play it; if you’re on a free-to-play account you’ll not be able to use any of them. Finally, ArenaNet works hard to balance the professions, so while Elite Specializations sound like they would always be preferable, the designers try to make sure that the “Core” Specializations are also viable for most activities, and in some cases, the most desirable specialization for an activity is not an Elite one.

These are the nine new Elite Specializations coming in End of Dragons: 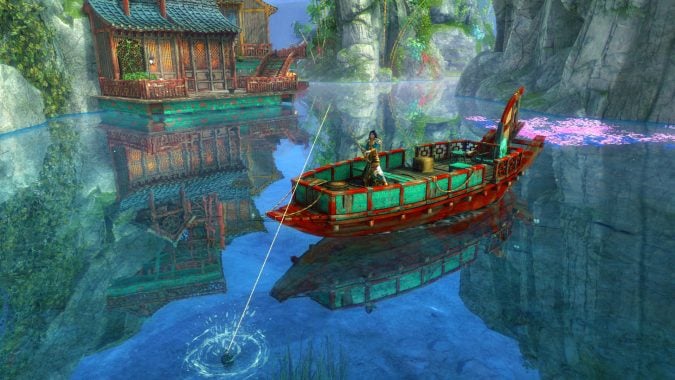 Travel around Cantha on your fishing skiff and siege turtle

The introduction of mounts in the most recent Guild Wars 2 expansion Path of Fire has vastly changed gameplay, as unlike in World of Warcraft or Final Fantasy 14, each type of mount has its own set of characteristics and abilities — raptors are best for jumping across chasms (at least until you unlock the final mount introduced, the dragon-like skyscale), while skimmers are best for navigating on and — when sufficiently mastered — under water. For Cantha, two more mounts are added to the mix: the skiff, which is designed to allow fishing while on water, and the siege turtle, a Guild Wars artillery unit reimagined as a multi-person mount that allows combat. Like the other mounts, increasing your masteries should allow for expanded gameplay

As for fishing — is there a more exciting bonus activity in a video game?

Ok, fine, fishing is one of those in-game activities that has the potential to drive you insane or bore you to death, so hopefully ArenaNet is prepared to provide a diverting fun experience with their implementation. At the minimum, we know the skiffs will come in some nice colors to show off while cruising the waters of Cantha, and like the siege turtle you’ll be able to invite friends to hang out with you, although it’s a lot less likely to have cannons. 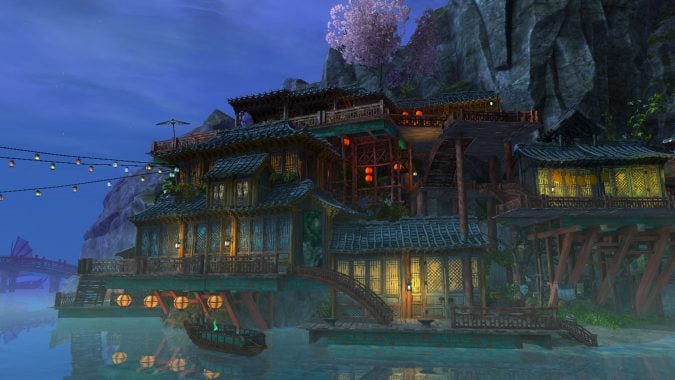 Besides being able to unlock additional features for your new mounts via their mastery tracks, there are two other masteries being added in End of Dragons. The first is Jade Bots, which uses the native jade tech of Cantha to boost your existing abilities — while not all boosts are known yet, from the latest gameplay trailer it appears you’ll be able to use Jade Bots to give yourself altitude while on your glider and they may also be able to rally you when you are downed in combat.

The other mastery track is called Arborstone Revitalization, and it centers around upgrading a large public space in Cantha to increase the number of services and options while there — essentially you’re building up your sanctuary zone to provide a better experience. This is a variation of the Eye of the North from the Icebrood Saga, although that was expanded via currency not mastery.

There is surely more coming in End of Dragons — the unrevealed mount from the Path of Fire expansion leadup has fueled a lot of speculation that there’s something similarly hidden in End of Dragons — but already this is shaping up to be the most comprehensive expansion yet. Your journey in Cantha begins now.

Blizzard Watch is made possible by people like you.
Please consider supporting our Patreon!
Filed Under: Elite Specializations, End Of Dragons, Guild Wars 2, Siege Turtle
Advertisement