What keeps you coming back to a game? 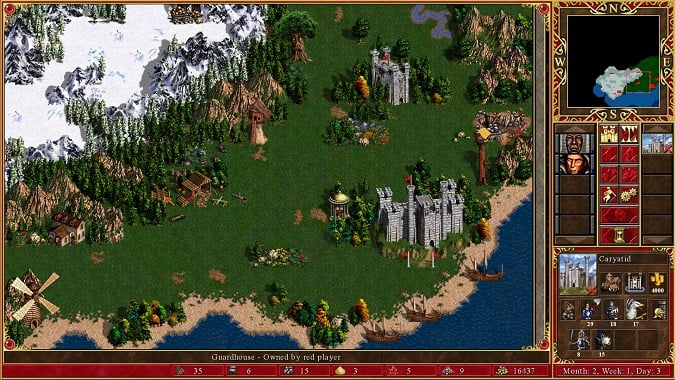 I started playing Diablo 3 since it was released in 2012 (actually beforehand, because of the beta). Before D3 was in my life, I dove into World of Warcraft in mid-2006, and before that, Heroes of Might and Magic 3 played on the weekends with my siblings in hot-seat mode. I’ve played many other titles in life, but here I am in 2022, still playing these games alongside newer, shinier titles like Hades. What keeps me coming back?

A good portion of it is replayability — the parts of a game that keep it fresh and exciting over a long period. In D3, that’s done entirely through seasons. Initially, it was the bonus rewards (which keep me playing each time), but since Season 14, the developers have brought in unique themes that I just can’t resist. For WoW, I’m drawn in by the continuing story. The narrative spools onward, and so does my attention — occasionally waning, taking breaks here and there, but always returning to see how the plot develops. Can you imagine what it would be like to feel invested in this ongoing tale, then missing the Ysera cinematic from Legion? Me neither.

I return to HMM3 for pure nostalgia. Yes, I still occasionally play HMM3, despite it being released in 1999, as the HD version is available on Steam and the original is on GOG. There’s the thrill of finally being able to deploy a gold dragon to the field after carefully building up the faction. Or experiencing that sick, sinking feeling as you watch swarms of imps bear down on your armies and decimate them through sheer numbers. I can’t forget my inevitable grumpiness if I landed the Stronghold faction from the randomizer; I loved the factions that were stronger on the Magic side than the Might, and the Stronghold was limited to a level 3 mage guild. It wasn’t until later that I tried story mode, following Queen Catherine through her trials to restore Erathia.

The main thread running through all of this is engagement — whether I’m engaged through innate completionism (I will get all of the pets in D3 someday), love of story, or even my emotions. Now it’s your turn — maybe you’re drawn to Aloy’s tale in Horizon Zero Dawn, want to hunt every achievement in the Mass Effect franchise, or see how many zerglings you can accrue to overwhelm your opponent in Starcraft 2. Share a beloved title (or series!) that keeps you playing again and again for whatever reason.

Blizzard Watch is made possible by people like you.
Please consider supporting our Patreon!
Filed Under: Diablo-3, Engagement, Favorites, Heroes Of Might And Magic 3, World Of Warcraft
Advertisement