How to unlock the ability to equip your second Legendary in patch 9.2 — available now! 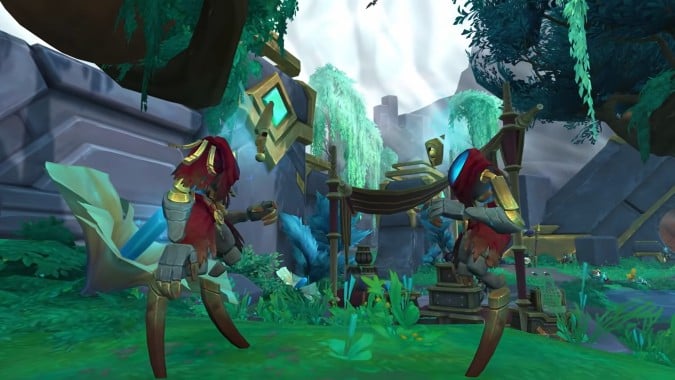 When Blizzard first discussed Shadowlands patch 9.2, it was announced characters could wear two Legendaries, and the players rejoiced. Then it was stated there was a restriction — one of those would have to be the Covenant Legendary. The response to this was mixed, as some classes and specs liked the Covenant Legendary and some did not. Furthermore, it was then announced that getting  two Legendaries would require Revered reputation with the Enlightened, the new reputation in Zereth Mortis, which also put a damper on the excitement. Now, with the second legendary available on March 22 in North America servers, we know this is not completely true.

So how does one earn the new Legendary? What is it, anyway? Is grinding rep necessary?

The short answer is: after you spend five weeks doing the new story campaign in Zereth Mortis, you’ll receive a Covenant Legendary belt, which (isn’t upgradable) for free. The long answer is — well, it’ll take the rest of the article to explain. 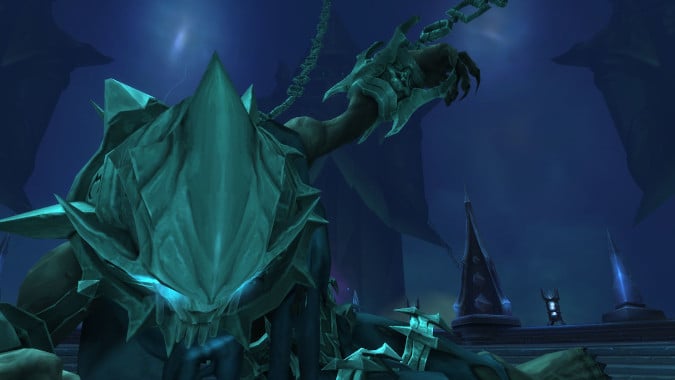 How to earn the Cinch of Unity, your second Shadowlands Legendary

Initially acquiring your second Legendary is pretty simple. It begins by completing the Zereth Mortis story campaign, which started the launch of patch 9.2. Chapter 7 comes out this week, and completing the chapter will reward a Legendary Belt — the Cinch of Unity (appropriate for your  class) — which grants your Covenant Legendary ability. This — and only this — Legendary can be equipped with another Legendary. It’s ilevel 265, and unlike other Legendaries, cannot be upgraded. But no reputation is needed to acquire this Legendary, and it’s very easy to get.

In short: you get your initial second Legendary simply for completing Chapter 7 of the patch 9.2 quest chain. The Cinch of Unity is an ilevel 265 belt and cannot be upgrade 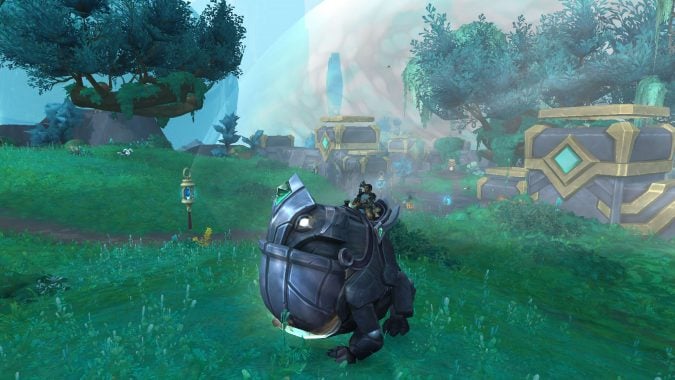 However, if having only the option of a belt-based Legendary is cramping your style, or you want to upgrade your Legendary — because of course you do — you still have another option. Once you’ve completed Chapter 7 and reach Revered reputation with The Enlightened, you can buy the Memory of Unity from Viro for 500 Cosmic Flux. You can add this Memory to the Runecarver and use it to make Legendaries as normal.

This Memory allows you to craft this same secondary Legendary to the following slots: Head, Neck, Shoulder, Chest, Waist, Legs, Feet, Wrist, Hands, Finger, Back. So if your character has a Legendary in the belt slot already, you can have the Runecarver craft another piece of armor instead. But the best part is that this Memory is account-wide — once you add it to the Runecarver all characters on your account can now craft this second Legendary for any slot at any level.

The only holdup will be reputation, since you need to be Revered with the Enlightened to buy it. Unnfortunately just doing the Campaign will not be sufficient to reach Revered. If you haven’t been doing dailies regularly, you’ll need to spend time on daily quests; killing rares and the World Boss; and finding treasures to raise your Enlightened reputation. Both the Human rep bonus and Darkmoon Faire rep bonus will also make this faster. Fortunately, you’ll only need to do it once, and Revered isn’t too bad of a grind.

In short, to buy a Memory of Unity so you can craft your second Legendary in any slot and at any level, you need Revered reputation with the Enlightened. Once you unlock the Memory, it’s available account-wide. 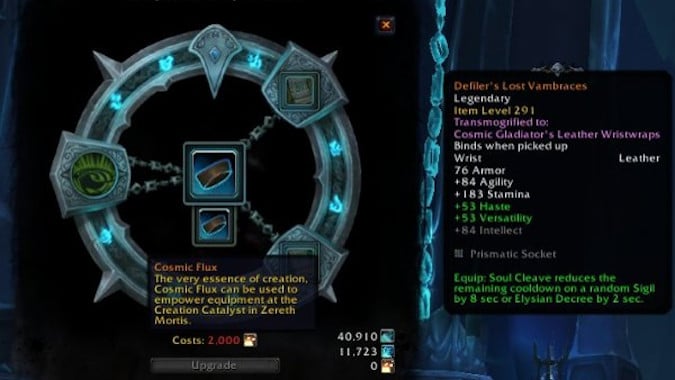 Want to craft your new Legendary at Rank 7 — or upgrade an existing Legendary? You’ll need Cosmic Flux, a new currency that comes from activities in Zereth Mortis. It works a lot like current Legendary crafting: You need the appropriate amount of Soul Ash, Soul Cinders, and now Cosmic Flux to craft or upgrade your Legendaries.

Crafting a Legendary at its new, highest rank — ilevel 291 Rank 7 — requires 2,000 Cosmic Flux, plus 5,150 Soul Ash and 1,650 Soul Cinders. This is also the currency used to buy certain things in Zereth Mortis, including Unity of Memory recipe which costs 500 Cosmic Flux.

You can earn Cosmic Flux from a number of different sources. In Zereth Mortis, quests, rares, and treasures all reward Cosmic Flux. Outside of the zone, Torghast, Mythic dungeons, and the Sepulcher of the First Ones raid reward Cosmic Flux. As long as you’re playing current content, you’ll be earning Cosmic Flux and you should have what you need. While earning reputation, save up your Cosmic Flux to have the 500 needed on hand to buy the account-wide Memory of Unity — and Legendary upgrades beyond.