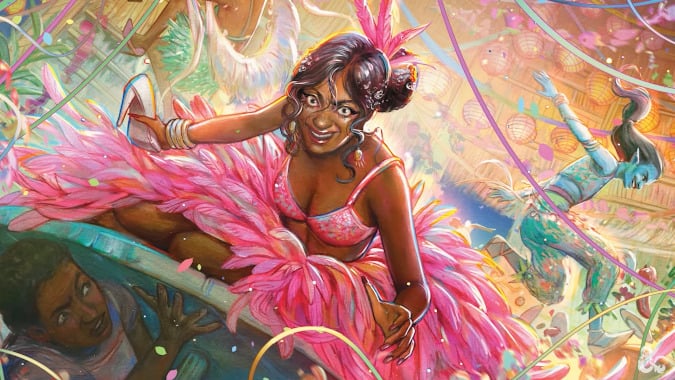 Wizards of the Coast announced a new Dungeons and Dragons adventure book, Journeys Through The Radiant Citadel, a collection of 14 brand new adventures that can be played together as one campaign, injected into an existing campaign, or even included in a homebrew to be a part of a created world. This is set up around central hub — the Radiant Citadel is on the fossilized remains of an unknown giant creature wrapped around an enormous diamond. This is floating deep in the Ethereal Plane, making this the first book to be centered in the Ethereal Plane.

However, that’s not where the majority of the stories take place. In the Radiant Citadel are Dawn Incarnate. Each come from a different place, representing varied locations and civilizations. These may be on the material plane, or in other realms. To reach these places, concord jewels stretch out of the Radiant Citadel and allow characters to travel to them. This allows for new locales in the D&D universe — places that players and characters have never visited before. These places can create experiences that are not tied to already established locations, cultures, or lore that were already embedded in the past.

So with that, it was time to bring in new writers who could bring in unique perspectives representing a diverse range of backgrounds. Ajit George, co-lead on the Journeys Through the Radiant Citadel project, took this approach when pitching this new set of adventures to WotC. This became a a passion project for him, and he assembled a team of writers that were, for the first time ever, all people of color. 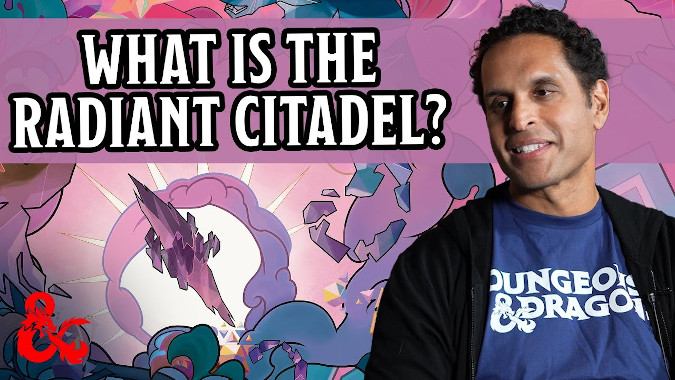 Wizards of the Coast’s focus on diversity

There have been criticisms of race in D&D for some time, and some of the races in D&D have been criticized for being portrayed as negative stereotypes. Back in June of 2020, Wizards of the Coast addressed this in a post, and said they were going to make changes in the future. One such change came in Tasha’s Cauldron of Everything, where races were no longer restricted to specific stats — an Orc could swap their starting Strength for Intellect if they wanted, and did not have to be a dumb brute, if the player chose.

In that same post, they stated they were proactively seeking new, diverse talent as freelance writers and artists. They pledged to add a broad range of new voices to join the chorus of D&D storytelling. This book is one of the results. Ajit George said in an interview with DnDBeyond that one of the things about the book he’s most proud of, is that this is a book he can see himself in.

In 1983, Ajit George became the first person of Indian origin to write content for D&D, and is now the first person of color to be a project lead of an official D&D book.  More than that, the team consisted of about 50 POC creators. This is the first time the cover art and alt-cover art for an official D&D book were both created by women of color — Evyn Fong and Sija Hong. Nearly two-thirds of the artists were POCs, and created more than two-thirds of the art for the books. All 16 of the writers are Black, Indigenous, or people of color, another first. In addition to supporting people of color and women, many are also part of the LGBTQIA+ community.

This unique team brought their lived experiences, family stories, cultures, and myths to make this book. One of the writers, Erin Roberts, described her adventure, Written in Blood, as Southern Gothic horror, and said it was a personal love letter to the Southern US black experience. Another writer, Justice Arman, incorporated Persian culture into his adventure, Shadow of the Sun. This one focuses on players to aid a city during a high-stakes conflict. 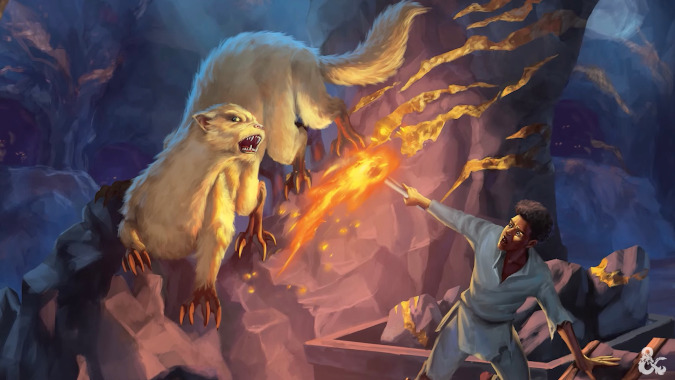 Who are some of the writers for Journeys Through The Radiant Citadel?

Many of the writers already work in the TTRPG industry, with D&D specifically, or in the MMORPG world. They weren’t all local to the WotC near Seattle, Washington, but live throughout the US, and even the world. One writer, Pam Punzalan, lives in the metro Manila area of the Philippines. She’s a writer and game designer, working on previous TTRPGs, including an unofficial D&D campaign. Another writer, of the Sins of Our Elders adventure, is Stephanie Yoon. She’s a quest designer for World of Warcraft at Blizzard Entertainment, and has worked on video game production, RPG design, and story since 2005.

Surena Marie is affiliated with Critical Role. She’s the Marketing and Community Manager there. She’s served many roles in the gaming space, voice work, writing, illustrator, streaming, and a podcast. She wrote the bustling night market into her adventure — the same market that is in the art on the standard cover of the book — something she is quite proud of, and a little surprised by.

Dominque Dickey previous created a courtroom TTRPG. Basheer Ghouse has written for other RPGs, including D&D: Call of Netherdeep. Alastor Guzman, who is from Mexico, wrote the Trail of Destruction adventure for this book, inspired by Mesoamerican culture and natural disasters. Felice Kuan drew on ancient China and the Forbidden City for her adventure, Buried Dynasty. Mario Ortegón based The Fiend of Hollow Mine on contemporary Mexican culture.

Keep an eye out for Journeys Through the Radiant Citadel, releasing June 21, 2022, and look forward to watching other projects we will see from Ajit George at WotC.

Blizzard Watch is made possible by people like you.
Please consider supporting our Patreon!
Filed Under: BIPOC, D&D Campaign Settings, Diversity, POC, Radiant Citadel, Wizards Of The Coast
Advertisement