Where do you think Anduin’s journey away from the throne will take him? 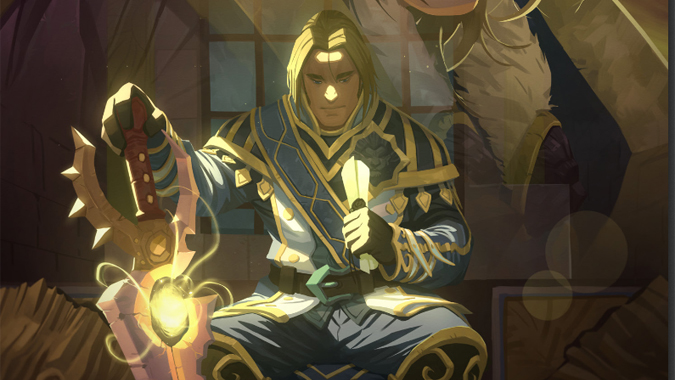 As the main storyline of Shadowlands comes to a close, we’re still left with a few dangling threads — but the one that is most likely to impact the future of World of Warcraft is the journey Anduin is setting off on. Anduin is plagued with doubt and guilt over his actions while under the domination of the Jailer, and while ultimately not responsible for them he feels incapable of returning to his rightful place on the throne of Stormwind. So where might Anduin go?

The easy answer is “wherever the next expansion takes place,” but there are two issues I see with this possibility. The first is that Anduin is most decidedly an Alliance figure and while players of that faction have a ton of experience escorting him all over Azeroth, he would be an odd choice for the Horde as a focus NPC in a completely new location. The other reason is that, well, I think we’re all a little tired of Anduin after all his time in the limelight in Shadowlands.

The aforementioned escorts may be a clue; while Stormwind is likely not a place he’ll stop in — he learned in Shadows Rising that he’s not very good at going undercover — a return to Pandaria could be in order. The Vale of Eternal Blossoms is mostly restored canonically, so Anduin could spend some more time there now that the threat of Garrosh and N’zoth have been dealt with. There’s also the Broken Shore, though I don’t see Anduin returning there again as his visit with Genn during Legion wrapped up that storyline pretty well.

Of course, just because the player won’t be with Anduin doesn’t mean he’ll be alone. Now that he’s no longer serving as Lich King, Bolvar has promised his daughter Taelia that they’ll spend some family time together — and Taelia really wants to see the Eastern Kingdoms. With some hints of a potential future between Taelia and Anduin shown in Battle for Azeroth, Anduin joining them would be a proper way for their relationship to build without making it seem forced. And yet it would feel too much like a trope if Anduin and Taelia get together while the former heals, and that does neither character justice.

I realize I don’t have an actual answer here, and I kind of suspect that if you posed this question to Anduin you may get a similar lack of response. I think Anduin will roam, perhaps following in the footsteps of Varian’s life, or maybe just following roads at random to see where they take him. That said when Anduin does return to Stormwind I imagine he’ll have a larger perspective than before, and hopefully that serves him and the Alliance well.

What do you think? Does Anduin have an itinerary, or will he wander? And besides Bolvar and Taelia, are there any other traveling companions he might end up with? Frankly, I would love to see the adventures of Anduin and Li Li Stormstout!

Blizzard Watch is made possible by people like you.
Please consider supporting our Patreon!
Filed Under: Walking All Over Azeroth Like Caine In Kung Fu
Advertisement