What would you like to see in today’s mobile Warcraft title reveal? 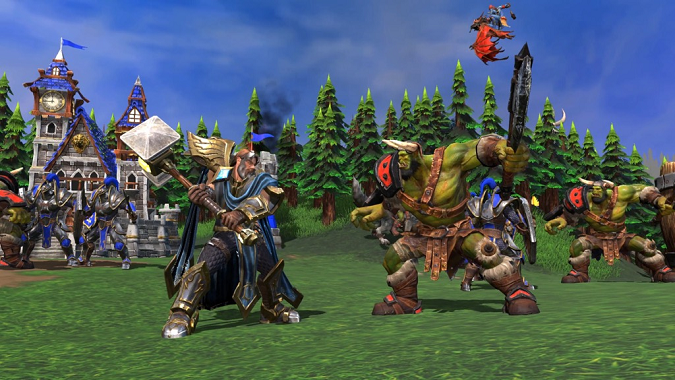 Today, Blizzard will be revealing a new mobile game set in the Warcraft universe via livestream. That a mobile title was under development is not news, as it’s been known for over a year now (and rumored for years before) that one was in the works, with confirmation coming earlier this year.

The current expectation is that the new mobile game will be similar to Clash of Clans, with players building strongholds and attacking others — perhaps based on factions rather than the titular clans. That said, I’m hoping that it’s a little more developed than CoC (if that is the model for the new title).

For one thing, I’d like it to be a little deeper on the building side — not necessarily SimAzeroth, but something that could resemble Orgrimmar or Ironforge with a little planning. I’d also like any combat to be close to the RTS roots of the Warcraft franchise, especially if doing so allowed for there to be a deep single-player experience. I’m not expecting Warcraft 4, but perhaps a Warcraft 3¼ that feels like a spiritual successor rather than a true sequel.

If there is a single-player experience or an evolving story, I do hope that they take a cue from Hearthstone and not feel constrained by the current canon of World of Warcraft. Being able to craft an “alternate history” for Warcraft has given the Hearthstone team an opportunity to really play in the setting, and the new mobile game would benefit with not having to keep tabs on what’s happening on the other side of campus — and could even give us some fun “what ifs?” such as pitting the Gnomes against the Dwarves or the Orcs allying with the Centaurs instead of the Tauren.

Of course, what I really want is a mobile 4x game called Civilization: Azeroth, but I never get what I want from these predictions. How about you? If it’s based on Clash of Clans what sort of gameplay would you like to see? And if CoC is not the source, what would you like the mobile game based on?

Blizzard Watch is made possible by people like you.
Please consider supporting our Patreon!
Filed Under: Mobile, Warcraft
Advertisement