The Queue: Somewhere some villain schemes and our number’s up 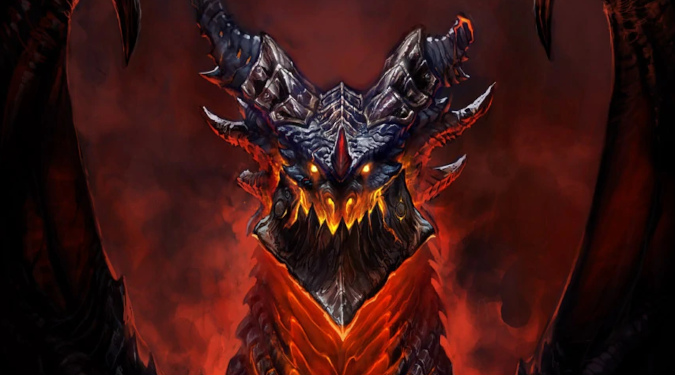 Yes, I did that on purpose.

A cloud of smoke and he appears, a master of surprise
Who’s that cunning mind behind the shadowy disguise

Trust me, the crossover fanfic writes itself.

Q4tQ: what was the first mount you ever bought in WoW?

Mine was a red hawkstrider, for my blood elf hunter back in BC, the first character I ever got high-level enough to ride. The only reason I had enough gold to get her training and a mount was because I got a rare drop to sell – a bag, I think it was 14 slots. I remember putting it on the AH, advertising it in Trade, and it sold so fast someone accused me of lying and the buyer had to step in and say that it was legit and they’d just grabbed it right away. But between ability training and me just not being good at making money, I might have had almost a gold to my name before then. After the bag sold, I had at least nine gold. Which felt like a fortune, and was enough to get riding and a mount.

I wasn’t sure if you meant in the Blizzard store or just in game with gold, so I have two answers.

Technically speaking, I bought the very first store bought mount available, the sparkle pony themselves. I don’t have it — I bought it for my wife — but I did buy it, and that’s the crux of your question.

If you meant the first mount my first character ever got, it was a Pinto. Still have it, still ride it sometimes.

I’m not sure why you see ‘Duck’ and think ‘Spinosaurus‘ instead of a Hadrosaurid like Lambeosaurus because even if you’re thinking that both Ducks and Spinosaurus are aquatic, how they are aquatic is so very different as to make the comparison no less disparate than to just include a duck billed dinosaur.

Then again, you did say you’d accept Parasaurolophus and that’s a member of the same subfamily as Lambeosaurus, so I guess you’re doing that and I should just back off. Sorry. I’m just a huge Lambeosaurus fan. Parasaurolophus is certainly a worthy hadrosaurid to be included.

HotS was only a “failure” in the eyes of Blizzard/Activision management who were disappointed it wasn’t as big as DotA/LoL three months after release. This came out back then, they were expecting to be immediately hitting the numbers Valve/Riot were after their respective games had been out for a decade. Because screw rational thinking.

That’s why they considered it “failed.”

Sometimes I just agree with a comment and want to ensure more people see it. This is one of those times. HotS was/is a very good game. I enjoyed playing it. But League of Legends and the DOTA series have entrenched fanbases and expecting HotS to come in and become the dominant MOBA in the limited span of time allotted to it was ludicrous. Yes, WoW managed that with MMO’s, but everybody knows that was a fluke.

A game not being wildly profitable right out of the gate isn’t necessarily bad. If it grows an audience, it can end up with an entrenched fanbase, and that’s what HotS didn’t really get the chance to do. Honestly, I’d like to see it get a second chance once Microsoft owns the studio — time will tell how that ends up working out.

Q4tQ: Will there be a Duck in the mobile game?

This question was blatant Anna trolling but I’ll bite: yes.

He will cause so much trouble you’ll run on the double.

Someone who can see please make art of this. And thank you to Adalaire on DeviantArt for anticipating my needs before I knew I needed them.

Q4tQ: This looks like this could be a fun little game. Has anyone seen what the monetization is going to be like? Also, I wonder if you’ll be able to play it on PC?

My own personal suspicion not backed by any facts is that the basic gameplay loop of getting gold to build your team of Minis will somehow be the primary monetization strategy, and one that will allow whales to speed the whole process up but not get anything that can’t be unlocked through play.

I also suspect there will be hero skins you can buy.

Okay, that’s it for me. Have a happy Wednesday.

Blizzard Watch is made possible by people like you.
Please consider supporting our Patreon!
Filed Under: When There’s Trouble You’ll Flee On The Double
Advertisement