After 14 years of complaints, Blizzard is removing School of Hard Knocks achievement from Children’s Week meta 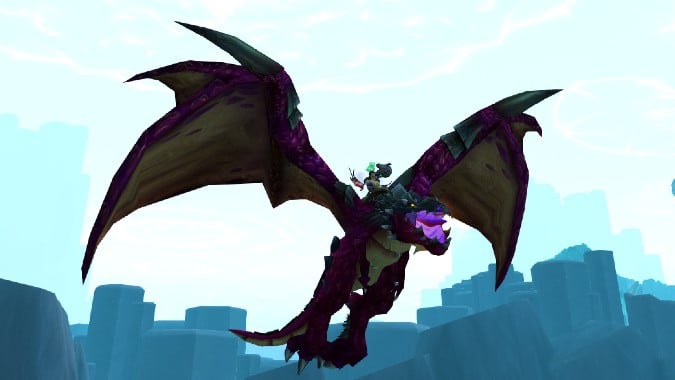 The School of Hard Knocks achievement is no longer going to be required for the For the Children meta-achievement — and, in turn, for the Violet Proto-Drake. So if you still haven’t obtained the What a Long, Strange Trip It’s Been achievement, which rewards the mount — and I know that some people have been postponing this particular achievement for more than a decade at this point — this is tremendous news, which comes in the form of a blue post:

To help you on your trip to obtaining the Violet Proto-Drake mount, we have a hotfix in the works that removes the School of Hard Knocks requirement for the Children’s Week achievement For the Children. This hotfix should be deployed soon and will be noted in the hotfixes update.

School of Hard Knocks sits comfortably among the top positions of the list of “most hated achievements” in World of Warcraft. This achievement — part of the Children’s Week celebrations — asked you to engage in PVP content with your orphan in tow, so that you could traumatize them for life. But aside from that ludonarrative implication, the fact is that this achievement generated an absolutely awful play experience for everyone involved.

Players who had absolutely no experience in PVP or interest in trying it were conscripted to participate in a part of the game that would be completely alien — and hostile — to them. And players who just wanted to PVP would have their experience disrupted by the influx of players who were often completely uninterested in winning those battlegrounds, focusing only on trying to get their achievement done. In fact, a few of those disgruntled PVPers would even take to harassing the players who were there for the achievement. All in all, it was an awful situation for everyone involved.

Why take so long to change it?

The truth of the matter is that while this change is undoubtedly fantastic news, it took Blizzard way too long to address it — players have been calling for this change for 14 years at this point.

The Violet Proto-Drake used to be an extremely coveted mount when it was introduced, back in Wrath of the Lich King — it was a 310% speed mount. Back then, mount speeds weren’t normalized. Each mount used to have its own speed for riding or flying, but this one could fly at the highest speed available in the game, and in fact, it was one of the first few to do so. The fact that it could be earned from a mostly casual set of activities — completing the meta-achievement only required you to engage in WoW’s holiday activities over the course of a full year — was a fantastic way to engage with the entire playerbase, and properly reward them for such a large time commitment.

Yet many players could see their efforts be in vain when they couldn’t complete School of Hard Knocks, rendering a year’s worth of work fruitless. Well, that’s no longer a problem, which is fantastic news. That said, the Violet Proto-Drake isn’t nearly as prestigious anymore. Anyone can earn several 310% speed mounts, and the proto-drake model isn’t as unique as it used to be given the years and years of shiny new models being added to the game since.

There’s a lesson for Blizzard here, I suppose. Not that they should cave to every whim of the community, but certain cases — like this one, definitely — are important, delicate, and worth addressing with considerably more haste. It should have been done years ago.

Blizzard Watch is made possible by people like you.
Please consider supporting our Patreon!
Filed Under: Achievements, For The Children, School Of Hard Knocks, Violet Proto-Drake, What A Long Strange Trip It’s Been
Advertisement