How would you like to see Blizzard revitalize Heroes of the Storm? 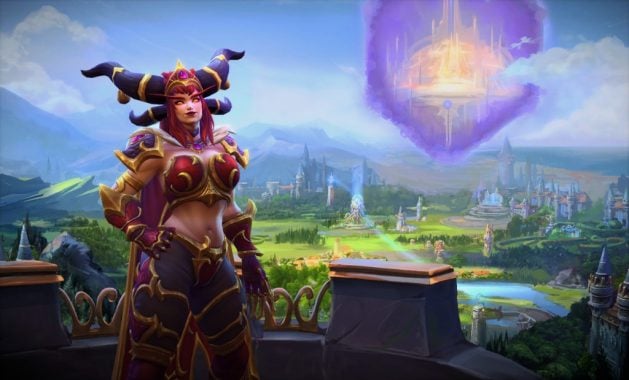 Heroes of the Storm was the first MOBA I ever played, and I had a lot of fun with it — even though half the time I ended up playing Malfurion, possibly due to a curse from an ancient mummy or something. Regardless of that, though, I really was sad to see Heroes get moved to the back of the development priority queue, especially when I see players and fans stepping up and working so hard on community events that keep the game’s spirit alive.

One of the things that keeps needling at the back of my spine is that when Microsoft buys Activision Blizzard, they’ll acquire Heroes of the Storm as well as all of Acti-Blizz’s other properties. I have a similar hope for Heroes that I do for StarCraft — namely that Microsoft might be more inclined to gamble and take a chance on these games instead of going with Activision’s relentless drive to monetize, monetize, monetize that sees every game and wonders why it can’t be Candy Crush or whatever.

Okay, that’s unduly cynical. But still, I do want to see Heroes get a shot — more heroes brought in, more maps designed, just a real focus on making the game as good as it could possibly be. But is that even possible? Could Heroes get a return? How would you go about revitalizing and resurrected HOTS from its semi-torpor of the past few years? I know there are cool developers still working on the game, but it needs a bold new approach, and I have no idea what it should be.

Luckily I know you guys. So what would you do, if you were in charge of Heroes of the Storm? How would you revitalize the game?

Blizzard Watch is made possible by people like you.
Please consider supporting our Patreon!
Filed Under: HotS, Moba
Advertisement