The Queue: She’s a baby 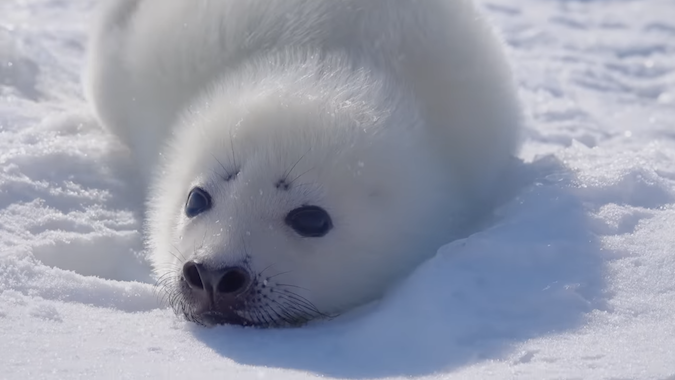 Q4tQ:
What if Azeroth is the bad guy and her awakening is what destroys reality? What if someday we have to destroy her in order to save the universes?

I mean, she’s a baby. Yes, she’s a baby cocooned inside a planet, and she’s a baby made of raw power who might transcend what we understand of cosmic entities, far surpassing the Titans, the Eternal Ones, and so on, and for that matter she’s a baby who has had some really bad experiences and been hurt quite a bit, but still in a cosmic entity sense this is a baby we’re talking about.

I mean, near the end of Legion we even got a quest to go try and help Magni get her back to sleep after she had a bad dream.

This is a baby. And while babies can be temperamental and difficult and stubborn and refuse to go back to sleep, I have never actually met a baby I would describe as the bad guy. Not even the ones that threw up on me, which I really did not like.

I do not feel like siding with the maniac who tried to kill a baby for his evil plans would have been a good move. The Jailer hurt a baby. He wasn’t right, and I’m glad he got his existence beat out of him.

Q4tRossiQ: I’m wondering your thoughts about an in-game rationale for “army replenishment”…it just feels like Azeroth has gone from crisis to crisis in the last decade or so…I’d think there’s just not enough able-bodied soldiers LEFT to handle any more…even if every couple on Azeroth produced offspring as fast as they could, unless they’re using Gul’dan-y aging methods, we just don’t have enough people to handle another large scale crisis. Thoughts?

Well, we just saw a demonic invasion of the world followed by a global war, that’s absolutely true. But then we got Shadowlands, which didn’t involve Azeroth’s armies at all, and now we’re going to the Dragon Isles in a small expeditionary force made up of Horde and Alliance equally, so almost no army involvement there either.

Essentially, as weird as it sounds because our characters are reeling from crisis to crisis, the Alliance and Horde have basically had the past couple of years (by the time Dragonflight ends, anyway) of relative peace. I’m not saying they should have been able to replace all of those casualties in that time, especially for races like the Kaldorei — I mean, even without immortality Elves live a long time and breed slowly, look at how the Blood Elves are still just a fraction of the old High Elf population after over a decade.

But still, at the end of BFA the Alliance and Horde negotiated a truce and haven’t been at each other, and the Legion was defeated in Legion, and while from our heroic perspective things have been chaotic and crazy with lands of the dead and upcoming dragon working vacations, for the average farmers in Durotar or Elwynn it’s actually been a season of rest. I don’t expect the militarties of these factions will be at full strength, but I do think they’ll have had time to somewhat replenish their ranks, even if it is with fairly green, just now reaching adulthood recruits.

The well of eternity is healing does that mean that the waters that expanded and covered most of azeroth as we know it will drain and therefore give us much more land to experience?

Part of the problem is that the waters did rise, but also, much of the continent subducted and collapsed — essentially, much of ancient Kalimdor didn’t just sink under the waves, it buckled. Even if the sea levels fell by massive amounts there’s a much greater disparity between the remaining continents and the sea floor than there was when it was all Kalimdor.

For that matter, I’m not 100% convinced the Well of Eternity is actually healing. The Maelstrom, the whirling devastation at the heart of the Great Sea, shows no signs of closing up any time soon and it’s the remains of the original Well of Eternity. Remember, Deathwing tore that thing open when he returned in Cataclysm, so as far as we know it’s only gotten worse, not better.

I mean, we did get to see some of it in BFA when we went to Nazjatar, but that took the power of the Stone of Tides to clear away the water and as you might expect, 10,000 years under the sea didn’t leave the place very terrestrial feeling.

Q4tRossi-AMA-Queue: what started your fascination with dinosaurs?

Interestingly (well, to me, at least) this is a mistake a lot of people make. I’m not fascinated with dinosaurs, I’m fascinated with prehistoric life of all kinds. Trilobites, Amniotes, the Pelycosaurs, the vast array of prehistoric amphibians and near-fish like Tiktalik, weird shark relatives like Helicoprion, ancient Crocodyliformes like Sarcosuchus, the wild variety of mammalian creatures of the Cenozoic and their ancient, reptile-relative ancestors the Therapsids…

I just love all of this stuff. That absolutely includes dinosaurs, and pretty much all of their archosaur relatives like the various aquatic reptiles, or pterosaurs, or even the not quite dinosaur yet relatives in dinosauromorphia like Silesauridae, often called the sister group to dinosaurs themselves.

As for what started me down this path, I honestly don’t know. One of my earliest memories is of a book by Dougal Dixon called After Man, that basically is about what life on Earth will evolve into in 50 million years or so. That got me started on thinking about how time really flows, about how truly long ago some of these animals lived — for example, Inostrancevia lived in the late Permian, in a world that had never seen a dinosaur because they hadn’t evolved yet. And even that was after millions upon millions upon millions of years of terrestrial animals evolving from amphibious ancestors and radiating out upon the world.

And all those animals — tetrapods like modern reptiles, mammals, amphibians — descend from ancestors that themselves were descended from small blobs with the barest beginnings of a spine, and those animals derived from ancestors not much different than those of the arthropds that include modern insects. Heck, we’re related, if you go back far enough, to fungi.

There has been so much life on this planet that we’ll never find fossils of. So many species, so many distinctive beings that we don’t know existed, that we’ll never know existed, that shaped and contributed to the development of life on this planet and we are a part of that. When we’re gone, it’s possible future sapient beings might evolve and live on the Earth and never once know we were here.

So yeah, I do love dinosaurs, a lot. I also love ancient whale relatives like Ambulocetus, or ancient horseshoe crab relatives, or even a plucky little critter named Purgatorius you and I might be descended from.

Q4tQ: I’m making a twist on a different game. When it comes to video game biomes, water world, ice world, lava world, which one would you pick to live / vacation / destroy?

I’d want to be from Krypton. Maybe Daxam, but that whole lead vulnerability deal seems like a huge bummer. I’m as powerful as Superman, but if you shoot me with bullets, I go into an allergic reaction and die. On the other hand there is a serum for lead vulnerability, whereas Kryptonite doesn’t seem to have any real means to cure or prevent it save for avoiding it. Plus Kryptonite also gives humans who are exposed to it long term really nasty cancer.

Depending on the version, there are Ice World Kryptons (the one from the Christopher Reeve movies is def. a Ice World), jungle world Kryptons (silver age Krypton not only had whack jungles with crazy critters like flame dragons and thought beasts, it also had even wilder features like jewel mountains and the most common element was gold — they had so much gold on Krypton that it was the cheapest possible material to make spaceships out of) and so, I feel like I could pick a version of Krypton to suit all three of your questions.

Clearly some of you would destroy little baby Azeroth. Yes, FuzzyBunny, I’m talking about you.

Okay, thus ends my trifecta of Queues for the week. I’ll see y’all next Wednesday, and hopefully Mitch and Liz will be Queueing next week because frankly I’m sure we’re all sick of me.

Blizzard Watch is made possible by people like you.
Please consider supporting our Patreon!
Filed Under: She’s A Baby!
Advertisement